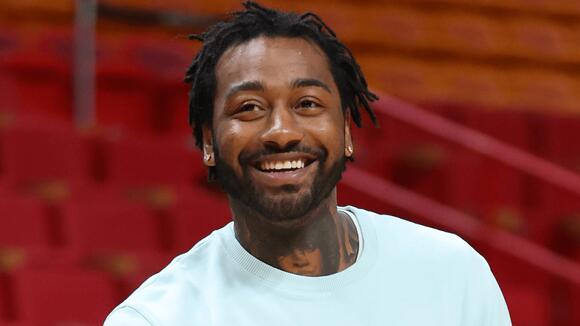 Having been blessed with the means to positively impact others on a significant level, LA Clippers guard John Wall recently completed a three-day community effort where he and his family foundation gave out free gas to the people of Raleigh, North Carolina.

Being born and raised in that area, Wall always spends much of his summer back home in Raleigh. In addition to hosting a youth camp, Wall also completed this free gas initiative that surprised drivers with gas assistance during a time when prices have skyrocketed.

Wall has been incredibly involved in each community he's played in, and is of course active in his home town. People from both Washington and Houston have been outspoken about the impact Wall had on their respective communities, and while the five-time All-Star's career earnings do not require he give back, Wall has consistently done so throughout his career.

This latest effort is both impactful and thoughtful, as people across the country have struggled to afford the rising gas prices. Recognizing this, Wall and his family foundation teamed up for a three-day effort that gave gas to people in his home town. While the veteran point guard has spent much of his summer training, he has also been incredibly involved in community efforts such as this one.

In addition to his talent, the Clippers are fortunate to have acquired a person like John Wall.

John Wall made his LA Clippers debut in a pre-season win over the Portland Trail Blazers
LOS ANGELES, CA・2 DAYS AGO
AllClippers

Now with the Los Angeles Lakers, Patrick Beverley still has a relationship with his LA Clippers teammates
LOS ANGELES, CA・37 MINUTES AGO
AllClippers

Three players have been removed from their roster.
LOS ANGELES, CA・1 DAY AGO