Retired detective's new scene is being in front of ID's cameras 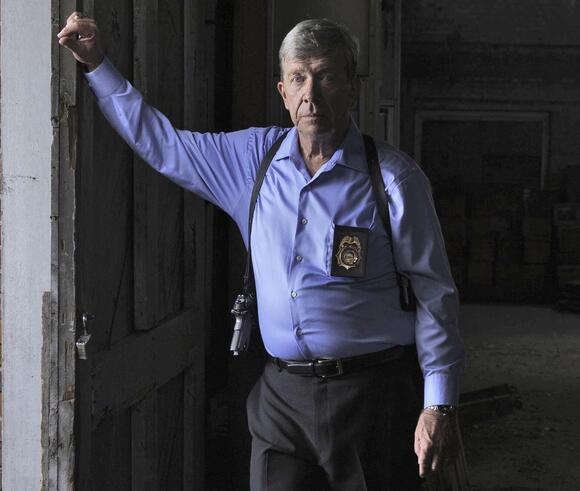 Though he’s been retired 27 years, former homicide detective Joe Kenda still has nightmares. That’s part of the reason he agreed to host nine seasons of ID’s “Homicide Hunter: Lt. Joe Kenda.” It was a series that outlined most of the 356 cases he solved while he served with the Colorado Springs Police Department.

Deep into his 21st year in homicide, Kenda says, “I wasn’t thinking about retiring but it jumped up and smacked me in the face. I was more concerned about my emotional state than I was about how I could fix it, but it finally dawned on me it’s time to do something else. ... I miss the people; I don’t miss the violence. I don’t miss the work. I’d reached my emotional limit. When I retired everything around me was white noise.”

He was able to still that white noise with “Homicide Hunter” and is narrating the investigations of other detectives on “American Detective with Lt. Joe Kenda,” airing now on ID. But it’s the cases that Kenda and his team didn’t solve that still keep him up at night. And the first of three specials premiering Aug. 17 on ID outlines three of those cases that have been resolved through scientific advances in DNA. The series is aptly titled “Homicide Hunter: Never Give Up.”

“Ultimately DNA is the finest tool ever produced for law enforcement,” says Kenda. “It wasn’t designed for that. It was designed for medical purposes. But it became apparent it could be used to uniquely identify someone as opposed to any other person on the planet as a result of the analysis of the DNA found on the crime scene,” he says.

Initially, proper analysis required a large sample of body fluid, says Kenda. “But as that science advanced, we are at the point of ‘touch’ DNA. Touch a counter top with your finger, and I’ll tell you who you are.”

After retirement Kenda had no intention of becoming a TV “star.” “I wasn’t expecting any of this really. I was opposed to even doing this when this first came up,” he recalls.

“A producer wrote me a letter saying he thought I would work for something like this. I put it aside and my wife said, ‘What’s that?’ I said, ‘It’s a letter from some guy who says he’s going to put me on television — like that’s gonna happen.’ She said, ‘You should call him.’ ‘I’m not going to call him. I don’t like TV people.’ This went on for four days,” he says.

But his wife, Kathy, was persistent. “Kathy has a PhD in nagging, so she understood that would just drive me crazy, and that’s precisely what she did. ‘You going to call this afternoon or this morning?’ ‘What are you going to say when you call them?’ ‘When will you call them?’ On and on. Stop. Peace in the family. I’ll call this guy.”

Kenda says he liked the fellow on the other end of the line. “And he offered me $100 to come to Denver for a screen test in front of a camera. I’m a retired policeman, 100 bucks is a lot of money. I said, ‘You bet.’ So I went to Denver. I sat in a chair. And the guy looks at me, and I look at him, and I haven’t a clue what’s happening. I’m looking at cameras and cables and sound equipment I’ve never seen before.”

Kenda asked the producer, “What do you want to talk about?” “Tell me about murder,” he replied.

So Kenda began. “I did for about 30 minutes right off the top of my head and I stopped and I stood up and said, ‘Is that what you had in mind?’ Everybody’s standing there with their mouths open. I thought, ‘Well, this didn’t go well.’ I said, ‘Let me ask you again, is that what you had in mind?’ ‘Oh, God, yes.’ And here we go and here we are today.”

And for all his nightmares and headaches and white noise, Kenda says doing television has proved therapeutic for him. “I feel immensely better 10 years later than I did when I started this,” he says.

“I said more to that camera than I ever said to my wife. It helps. The first time she watched the show she’s looking at me and said, ‘I never knew you did that!’ I didn’t want to burden her with what I was doing. You bury it and think it’s going to go away. It didn’t work that way. It’s helpful because it helps me get some of the emotion out of me, which I’ve spent all my life containing — which just doesn’t work.