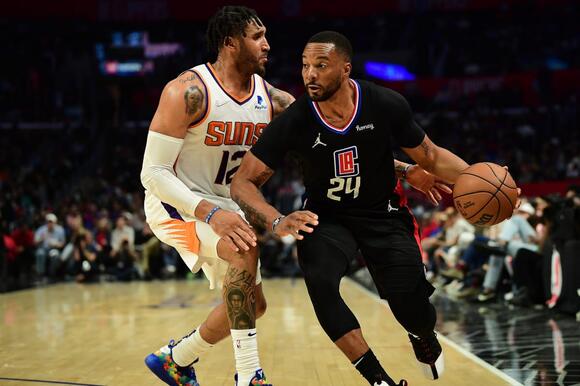 Norman Powell has a lot left to show on the LA Clippers.

Norman Powell joined the Clippers with much anticipation last season, but he was only ultimately able to play five regular-season games with the team. Due to that, he has a ton of regret about what he was able to show with the team.

In an exclusive interview with 213 Hoops' David Yapkowitz , Powell revealed how much more he has left to show with the Clippers.

“It’s kind of a tough hill to climb on, only playing for three games and then coming back for the playoffs, it’s tough," Powell said. "I really didn’t get a full chance to show what I bring to the table, just a little bit of a spark there. I think I fit into this team real well. My game is versatile, it doesn’t matter what role you put me in. Some nights I’ll be the guy to go score. . .put me in there and I’ll be your go-to guy, your 3&D guy, a guy you need to attack the rim and create something off the dribble, my game fits really well when they need a bucket outside of PG and Kawhi.”

Powell showed great promise in the five regular-season games with the LA Clippers, looking like he would clearly be the third-best player behind Kawhi Leonard and Paul George. In five games, Powell averaged 21.4 points on 51/54/86 shooting. The gap between the games though was very rough for Powell though, spanning roughly two months. Hopefully, if health provides, Powell could be that third-best player for the LA Clippers next season.

The Clippers will be resting a ton of players.
LOS ANGELES, CA・2 DAYS AGO
AllClippers

Kawhi Leonard will make his return from injury in a pre-season game between the Portland Trail Blazers and LA Clippers
LOS ANGELES, CA・1 DAY AGO
AllClippers

The LA Clippers will have Kawhi Leonard, John Wall, and likely Paul George back for Monday's pre-season game in Seattle
LOS ANGELES, CA・3 HOURS AGO

How Bradley Beal Helped John Wall During His Darkest Moment