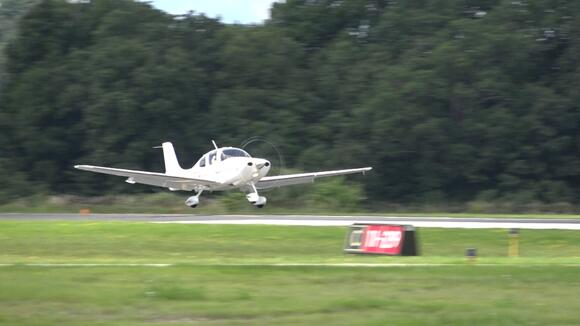 BUCKHANNON, W.Va (WBOY) — Angel Flight East is a non-profit that charts hundreds of flights each year to get medical patients to their treatment, all free of charge.

George Tenney, 66, is one of these patients. A lung cancer survivor from Upshur County, Tenney has flown with Angel Flight over 100 times to get to his chemotherapy treatments at the Cancer Treatment Center of America in Zion Illinois.

“I’ve been going up there for three years now. I first went up when I was terminal. I’ve been in remission now for a few months, I think like eight months,” Tenney said.

Tenney was diagnosed with melanoma several years ago which later developed into lung cancer. He had a tumor in his esophagus, one in his lower right lung, and two more in his upper lungs.

Tenney said he originally didn’t want to seek treatment but was convinced by his daughter who works in the medical field. It’s thanks to her that Tenney learned of the Cancer Treatment Center of America.

At first, Tenney would drive to Illinois to get treatment, which from Buckhannon is about a 10-12 hour drive. Without Angel Flight, Tenney does not think he would have been able to survive.

“I don’t like the idea of having cancer, I don’t like going up there, but it’s something you gotta do to live,” Tenney said. 3

On Friday, Tenney was flown back from Chicago by Scott Miller, one of the many volunteer pilots who donate their time and personal aircraft to make sure people like George Tenney can receive life-saving treatment.

Miller has been working with Angel Flight for four years and said he got very involved during the COVID-19 pandemic because he wasn’t able to fly around with his friends. He first heard about the organization from another pilot and said it’s one of the most rewarding things he’s ever done.

“The people are what stick out the most—little babies, young mothers. I’ve been flying George for maybe a year and a half and his background is interesting, to say the least, and it’s always a good time,” Miller said.

“Everybody’s got such a good outlook on life, and many are in very tough circumstances.”

On his own, Miller said he’s probably flown anywhere between 50-100 flights with the program.

For anyone in need, you can go to the Angel Flight website to fill out a short questionnaire to find an available flight.

Accident brings I-79 to more than 90-minute standstill in Morgantown, West Virginia

MORGANTOWN, W.Va. (WBOY) — A late night accident shut down part I-79 northbound Saturday. It happened around 9 p.m. near mile marker 152. Monongalia County 911 officals say it involded two cars. First responders shut down both northbound lanes for the situation. Some drivers said they were at a standstill for more than 90 minutes […]
MORGANTOWN, WV・17 HOURS AGO
WBOY 12 News

MORGANTOWN, W.Va. (WBOY) – The Louis A. Johnson VA Medical Center hosted a Town Hall at the Morgantown Vet Center on Friday, Sept. 30. Senior VA officials use the town halls as an opportunity to listen to their Community-Based Outpatient Clinics (CBOCs) and their patients to learn what they feel is and will be beneficial […]
MONONGALIA COUNTY, WV・1 DAY AGO
WBOY 12 News

West Virginia woman sentenced for 2020 murder of her husband

A woman has been sentenced after pleading guilty to killing her husband in March of 2020.
HARRISON COUNTY, WV・2 DAYS AGO

West Virginia volunteers pack food for ‘hungriest in the world’

KINGWOOD, W.Va. (WBOY) — Knights of Columbus members of West Virginia as well as Cross Catholic Outreach held a meal packing event called “Food for the poor is food for your soul” in the gymnasium of the Mountaineer Challenge Academy at Camp Dawson on Saturday.   Challenge Academy Cadets as well as others helped put meal packages […]
KINGWOOD, WV・22 HOURS AGO
WBOY 12 News

Fairmont Homebrewers Club hosted its annual Homebrewers Against Hunger at the Brickside on the Green on Saturday.
FAIRMONT, WV・21 HOURS AGO
WBOY 12 News

A man and a woman were found dead after a crash in Excelsior, Upshur County that happened on Tuesday, according to a press release from the Upshur County Sheriff's Office.
UPSHUR COUNTY, WV・3 DAYS AGO

According to the Harrison County 911 Communications Center, an accident involving a school bus and another vehicle was called in at 1:43 p.m. on Thursday in the 900 block of W. Pike Street in Clarksburg.
HARRISON COUNTY, WV・3 DAYS AGO
WBOY 12 News

A Michigan man has been charged after troopers found more than half a pound of meth and large quantities of heroin and fentanyl while executing a search warrant in Fairmont.
FAIRMONT, WV・2 DAYS AGO
WBOY 12 News

A woman has been charged after a 14-year-old called to report her overdosing at a residence in Fairmont.
FAIRMONT, WV・2 DAYS AGO

RACHEL, W.Va. (WBOY) – A heated rivalry lived up to the hype Friday night in Rachel. Crowds and teams from Fairmont Senior and North Marion each showed out and made for an amazing atmosphere.
MARION COUNTY, WV・1 DAY AGO
WBOY 12 News

How to get a free tree at the Mountain State Forest Festival in Elkins, West Virginia

NightGlow kicks off Balloons over Morgantown

University Motors is holding its "Balloons Over Morgantown" that starts with its "NightGlow" kick-off event on Thursday.
MORGANTOWN, WV・2 DAYS AGO
WBOY 12 News

The 2023 Almost Heaven BBQ Bash in Buckhannon will include a new art car event, which is the first of its kind in West Virginia.
BUCKHANNON, WV・3 DAYS AGO
WBOY 12 News

Sundale Nursing Home in Monongalia County is looking for communities to help uplift its patients' spirits for the holiday season.
MORGANTOWN, WV・3 DAYS AGO
WBOY 12 News

National Recovery Month is only 30 days this year but one West Virginia University resource continues to offer a space to help anyone who's struggling at any time of year.
MORGANTOWN, WV・3 DAYS AGO