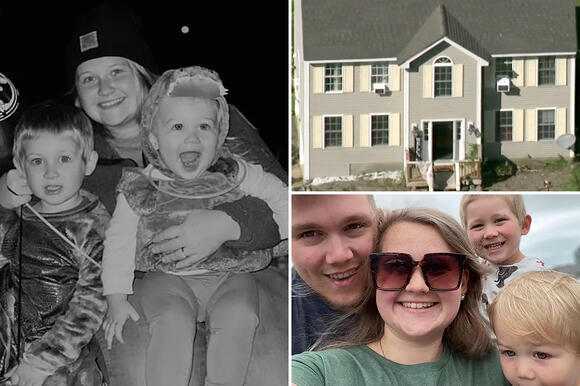 A child has been charged with shooting dead a New Hampshire mother and her two children last week, officials said.

The minor, whose name and age were not disclosed, has been charged with three counts of first-degree murder and one count of falsifying physical evidence for the killing of 25-year-old Kassandra Sweeney and her two sons.

The suspected killer will be tried as a juvenile under state law, the New Hampshire Department of Justice announced in a statement on Thursday.

Sweeney and her children, four-year-old Benjamin and one-year-old Mason, were discovered dead from gunshot wounds at their home in Northfield just after 11:30 a.m. on Aug. 3.

Police and state prosecutors did not say what connection, if any, the juvenile suspect had to the victims, and there was no immediate word on a possible motive.

Sweeney’s cousin described the young mom in a GoFundMe campaign as “one of the most genuine and beautiful people you could ever meet.”

Sweeney’s obituary stated that “everyone that knew Kass knew she was born to be a wife and mother.”

She is survived by her husband, Sean Sweeney, who addressed the tragedy for the first time in a Facebook post on Sunday.

“I wanted to thank everyone for the outreach and support, while things will never be ‘normal’ again my body finally shut down and let me get some sleep last night and I woke up feeling as ‘normal’ as possible,” he wrote.

According to his obituary, Benjamin Sweeny, 4, loved singing “Puff the Magic Dragon” with his father before bedtime and learn about dinosaurs. He also enjoyed baking and cleaning with his mom, and making crafts.

“His smile could light up the entire room,” the page read.

His younger brother, Mason, who would have turned two later this month, loved cuddling and dancing to the Beach Boys and “Baby Shark,” his obituary stated. He also enjoyed snacking, playing with trucks and learning to count with his dad.

A triple funeral for the mother and children is planned for Saturday.

He should be charged as an adult for that horrific crime. As he gets older he should never be let out at all.

Tried as a juvenile??? Does that mean he’ll be back in society at 18 after he killed three people????