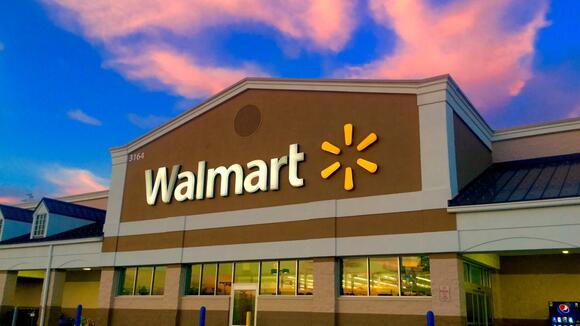 The three major U.S. equity indexes closed mixed on Thursday. The Dow Jones industrials added 0.08% while the S&P 500 slipped by 0.07% and the Nasdaq fell 0.58%. Just five of 11 sectors ended the day higher, led by energy (3.4%) and financials (1.2%). The producer price index fell by half a point month over month but remains up 9.8% year over year, perhaps indicating that wage and job growth have yet to run their course. All three indexes traded higher Friday morning.

After markets closed Thursday, Rivian Automotive beat the consensus loss-per-share estimate by a penny and surpassed the revenue estimate. The electric pickup and SUV maker reiterated production estimates for 2022 of 25,000 and said it had received 98,000 preorders for its R1 SUV. Shares were trading up about 1% late Friday morning.

Toast also beat estimates on both the top and bottom lines. The company raised third-quarter and full-year revenue guidance. Shares traded up about 13%.

After U.S. markets close on Friday and before they open on Monday, Bitfarms, Li Auto and Sundial Growers will be reporting results. Later on Monday, Compass, IonQ and Tencent Music are expected to share their quarterly results.

Here is a look at four companies, including two components of the Dow Jones industrial average, scheduled to report quarterly results first thing Tuesday morning.
ALSO READ: Why You Should Sell the Rally and Buy These 7 Goldman Sachs Conviction List Dividend Blue Chips

Over the past year, the stock's value has dropped by more than 76%, and from a high last September, the shares dropped 90% to a new low in mid-July. As has been the case with other growth stocks, the shares have jumped by more than 80% since their 52-week low.
While a decision is still to come regarding which tech giant (Apple, Alphabet/YouTube or Amazon) will get the honor of paying around $2.5 billion for rights to the NFL's Sunday Ticket package, Genius Sports already has pieces in place to be a partner with the winner.

Just seven analysts cover the stock, and all have a Buy or Strong Buy rating. The stock trades at around $4.20, implying an upside potential of nearly 43% based on a median price target of $6.00. At the high target of $11.00, the upside potential is about 162%.

Home Depot Inc. ( NYSE: HD ) has dropped about 5.5% from its share price over the past 12 months. Since posting a recent high in early December, the stock has dropped by about 24%. Between March 20, 2020, and early December 2021, Home Depot's stock added almost 185%, an incredibly strong pace for a Dow company. Even with the decline over the past several months, the shares are trading for more than double their mid-March 2020 price.

It is no coincidence that the huge runup mirrored the U.S. lockdowns due to the pandemic. Before the recent jump in inflation, homeowners already had begun shifting spending to services and travel, not fixing up their houses either for personal enjoyment or to make the property more salable. Expectations for Home Depot and chief rival Lowe's have been pulled in again.

Singapore-based Sea Limited ( NYSE: SE ) operates Asia's leading online gaming and entertainment platform. Over the past 12 months, the stock has dropped by about 71%. The stock posted an all-time high last October and has plunged by around 83% since. Consumer spending on the company's Garena platform declined by 6.6% in the first half of this year. Bookings were down in the first quarter and profitably remains a distant objective. The second quarter could be a buying opportunity or a value trap.

The second Dow component reporting early Tuesday morning is Walmart Inc. ( NYSE: WMT ). Over the past 12 months, the company has seen its share price decrease by nearly 11.5%. Inflation, especially high fuel prices, has encouraged consumers to shop at discount markets closer to where they live and, Reuters reported Thursday, "there are no signs shoppers are  returning to the nation's biggest retailer." July data indicated that foot traffic in Walmart's U.S. stores declined by 2.7%.

Playing it safe just makes sense now for worried investors, until the Federal Reserve is done raising interest rates. These six Warren Buffett favorite picks surely will hold up better than many other stocks for the rest of 2022 and into next year.
STOCKS・10 HOURS AGO
24/7 Wall St.

AMC Is a Wreck

AMC Entertainment is no longer viable, as the days when large numbers of people attended movies in the theater are all but gone.
MARKETS・9 HOURS AGO
24/7 Wall St.

Here is a look at what to expect when these three firms report quarterly results before markets open on Thursday.
MARKETS・2 DAYS AGO

From Bear Market Correction to Crash: What to Do Now If We Are Heading to Rock Bottom

Monday broke the market low set back in June, and the S&P 500 could lose an additional 15% by the end of the year. Here are some important things investors should consider now, as they may have to prepare for the worst.
STOCKS・2 DAYS AGO
24/7 Wall St.

After a 10-year period when inflation in America ran about 2% year over previous year, the cost of living in America has surged over 8% so far in 2022, based on the BLS’s Consumer Price Index. A few items have price jumps so high that they have helped pull overall prices up. Among foods, eggs […]
BUSINESS・4 DAYS AGO
24/7 Wall St.

The Most Affordable City to Own A Home

Home prices have skyrocketed in the last two years, although mortgage rate increases have slowed the increases down. Cities with relatively poor populations are the most affordable places to own a home. This list, based on new research, is topped by Toledo, Ohio, one of America’s dying industrial cities. It is also among U.S. cities […]
TOLEDO, OH・4 DAYS AGO

The Place Where Home Prices Are Most Likely to Decline

A recent analysis reveals that the problem of sputtering home price increases is most acute in areas around New York City.
REAL ESTATE・1 DAY AGO
24/7 Wall St.

Investors in the blank-check company that wants to take the former president's media company public have demanded that it return their cash for failing to complete the deal by the agreed deadline of last week.
POTUS・3 DAYS AGO
Footwear News

Shares for Nike Inc. were down 5% in after-market trading on Thursday after the athletic giant reported a 22% decrease in net income of $1.5 billion in the first fiscal quarter of 2023. This was after the stock closed the trading day down 3.41%. The Beaverton, Ore.-based company said in its earnings release on Thursday that elevated freight and logistics costs, as well as higher markdowns in its Nike Direct business, were to blame for the declines, hitting its gross margin by 220 basis points or 44.3%. Nike added that the overall decrease in margins was primarily driven by North America, which...
FINANCIAL REPORTS・12 MINUTES AGO
24/7 Wall St.

Will Porsche Light a Fire Under the IPO Market?

Volkswagen completed its spin-off of Porsche Thursday morning with an IPO in Frankfurt that values the sports car maker at around $73 billion.
ECONOMY・7 HOURS AGO
24/7 Wall St.

The last week of September closes out a quarter that many investors would like to forget. Here is a look at what to expect from two companies reporting quarterly results on Tuesday and Wednesday.
MARKETS・3 DAYS AGO
24/7 Wall St.

Remove the ideology by removing the special overlay of ESG status.
FLORIDA STATE・13 HOURS AGO
The Hill

Meta CEO Mark Zuckerberg announced at a weekly Q&A session that the company plans to decrease budgets across most teams and cut staff for the first time amid lingering economic concerns. A person in attendance at the session told Bloomberg that Zuckerberg said Meta will freeze hiring and restructure some...
BUSINESS・11 MINUTES AGO
24/7 Wall St.