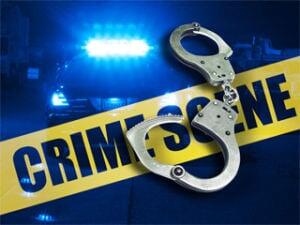 RISING SUN — Law enforcement across Cecil County is urging people to do a better job of protecting themselves from a rash of thefts of vehicles and property from vehicles.

“Lock your vehicle. Take items out of your vehicle and don’t leave your keys in your vehicle,” said Francis “Chip” Peterson, Rising Sun Police Chief, adding that’s the easiest way to avoid becoming a victim.

Augie Pierson, the Rising Sun Commissioner and police liaison to the board, echoed that sentiment.

“Everything that was taken was taken from open cars,” Pierson said. “Lock your cars.”

It’s not just in Rising Sun. Other neighborhoods have also been targeted. Craigtown Road in Port Deposit and West Creek Village in Elkton were also targeted.

“They are taking a wide variety of items,” said Lt. Michael Holmes, spokesman for the Cecil County Sherfiff’s Office. People are leaving purses, computers, cash and other valuables in plain sight, he said.

Robert Nitz, chief of the Perryville Police Department, said his officers have also seen these types of thefts.

“We haven’t had as many as other jurisdictions,” Nitz said, giving credit to his officers and their presence in town.

Residents with security cameras report seeing pairs of people lurking around cars in driveways or parked along the street.

“They go through neighborhoods and check for unlocked doors,” Holmes said. Victims come out later to find their vehicle has been rummaged through and items taken.

Anyone with security camera footage of the suspects is encouraged to share that with the closest law enforcement agency.