The veteran broadcaster, 66, was with the network for more than two decades and presented the 10pm news alongside now-retired journalist Dennis Richmond.

Griffith, who was from Texas, died in Lake Chapala, Mexico on August 10, family members said.

The reporter was bitten by a tick in Oregon in 2015 and contracted Lyme disease.

It's not clear if her battle with Lyme disease contributed to her death.

Sufferers of the bacterial infection often experience flu-like symptoms or a distinctive red rash between three and 30 days after they were bitten.

It can cause agonizing joint pain, paralysis, cognitive issues, heart problems, and inflammation of the membranes around the brain and spinal cord.

Dozens of tributes have been paid to Griffith as news of her death emerged.

Former KTVU reporter John Sasaki said: “She was one of those really vibrant, vivacious, you know, very alive people.

"You always knew that she was there. She was just this really powerful figure in the newsroom."

He said: "Very sad night tonight. Leslie Griffith and I worked together at KTVU beginning in the late 1980s and we knew each other 35 years.

"She was a dear friend to me and a sweet gal and I’ll miss her terribly. Gone too soon. Rest in peace, dear Les. I’ll miss you."

She added: "She (Griffith) had such a wild & wonderful personality.

"She stood up for good reporting on so many occasions.

"She stood up for me on occasion too. She was a force of nature." 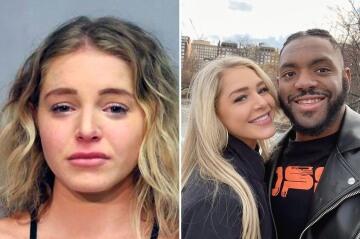 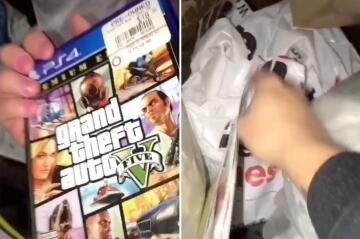 Griffith left KTVU in 2006 and wrote for the Huffington Post, The Chronicle, the Associated Press, and Denver Post during her journalistic career.

She's survived by her two daughters Trenton and Carly, her adopted son Eric, and two grandchildren.

R.I.P. Seems Lyme affects a lot of people and is does not discriminate. Lyme can cause debilitating symptoms and death. But Monkeypox is the new focus. Easily avoided but the perverted are not particularly good at it. Remember AIDS? Shouldn't have happened.

A MURDER suspect’s ex-wife has claimed he was controlling and said living in the family home was “very strange,” a court heard. Tabitha Claytor, 29, broke her silence this week as she took the stand at George Wagner IV’s trial in Ohio. Wagner IV is accused...
PUBLIC SAFETY・10 HOURS AGO
The US Sun

THE mother of a self-described "suspect" in the mysterious murder of Debbie Collier was arrested and sentenced to 30 years in prison for trafficking and selling crystal meth, The U.S. Sun can reveal. Vickie Lynn Terrell - the mother of Debbie's daughter's boyfriend, Andrew Giegerich - was caught red-handed attempting...
STATHAM, GA・2 DAYS AGO
The US Sun

INGLEWOOD rapper Half Ounce has been killed after being gunned down on the street while on the phone with his pregnant wife, cops say. The rapper was walking home on Monday evening when he was shot and killed in the Koreatown neighborhood of Los Angeles. The Los Angeles Police Department...
LOS ANGELES, CA・1 DAY AGO
The US Sun

A NEW chilling clue has been revealed in the Debbie Collier case after police released an image of her rented van moments before her murder. Collier’s Chrysler Pacifica was seen on traffic cameras by Tallulah Falls School in Georgia at 2.17pm on Saturday, September 10. Just a few miles...
2 DAYS AGO

A DEVASTATING car accident has killed six people in their early-to-mid twenties and left the vehicle completely destroyed after smashing into a tree. Police were notified of the tragic wreck upon receiving a recorded 911 call around 2:16 am on Sunday from an iPhone that detailed the owner was in an accident and not responding to their phone.
LINCOLN, NE・2 DAYS AGO
The US Sun

THE man accused of killing a TikTok star's son spoke to him on the phone just two minutes before the fatal shooting, police have revealed. Reuben Gulley, 20, is accused of fatally shooting Ophelia Nichols' son Randon Lee, 18, at a gas station in Prichard, Alabama back in June. Gulley...
PRICHARD, AL・1 DAY AGO
The US Sun

POLICE who are investigating the death of missing Georgia mom Debbie Collier have released a chilling clue as they hunt for a murder suspect. Officials revealed a traffic camera photo of Collier's vehicle as it was driving just a few miles north of where her body was found. Less than...
HABERSHAM COUNTY, GA・2 DAYS AGO
The US Sun

A PASSENGER has divided opinion after they were accused of stealing seats before boarding their flight. After checking in for their flight, the person found a row of empty seats here no-one was sitting, although with some luggage placed on the floor in front. Believing the seats to be available,...
PUBLIC SAFETY・14 HOURS AGO

THEIR family pictures would tell a story of a happy family, bound together by love, shared passions and matching t-shirts. But the reality of the Hart family would turn out to be very different from the carefully curated image presented to the world. In fact, any mention of their name...
MENDOCINO COUNTY, CA・1 DAY AGO
The US Sun

PHOTOS of victims of the Stockton "serial killer" have emerged after their families were left devastated by the string of deadly attacks. The victims' identities were revealed this week as cops in California said that the murders fit the definition of a serial killer. New video of a person of...
STOCKTON, CA・23 HOURS AGO
The US Sun

A SKYDIVER has tragically plummeted to his death after his parachute failed to open, police said. The male victim went skydiving at Skydive DeLand in Florida on Monday when the freak accident occurred, the DeLand Police Department announced. Officials responded to the scene at the DeLand Municipal Airport around 12.30pm.
DELAND, FL・2 DAYS AGO
The US Sun

A MAJOR update in a possible serial killer case has been announced after police linked the murders using clues found at the crime scenes. New video of a person of interest has been released after Stockton, California Police Chief Stanley McFadden said that six recent killings and one attempted murder meet the definition of a serial killer.
STOCKTON, CA・1 DAY AGO

A BAY Area woman's disappearance may have just been solved after police found a handwritten note that appeared to have instructions for how to hide her body. Alexis Gabe, 24, went missing from the home of her ex-boyfriend Marshall Curtis Jones in late January. Her car was later found with...
PIONEER, CA・2 DAYS AGO
The US Sun

A MAN who escaped from Jeffrey Dahmer and ended the serial killer's reign of terror "never recovered" from his trauma, his former defense attorney said. Since Tracy Edwards escaped from Milwaukee murder house in July 1991 and testified, he became an addict, was in and out of homeless shelters, and arrested for allegedly throwing another homeless man off a bridge in 2011, his former lawyer Paul Ksicinski said.
MILWAUKEE, WI・2 DAYS AGO
The US Sun

FIVE victims brutally shot and killed in a mysterious string of violence have been identified as cops desperately search for a suspected serial killer. California investigators have identified eerie similarities in the heartbreaking deaths after it was revealed that each victim was a Hispanic male between the ages of 21 and 54.
STOCKTON, CA・2 DAYS AGO
The US Sun

HORROR video has captured the moment a helicopter went into a tailspin before plunging from the sky. Three people on board were killed when the aircraft from Mexico’s Naval Ministry (Semar) crashed near to a sports field. In footage filmed by an onlooker, the chopper appears to hover for...
ACCIDENTS・1 DAY AGO

CHILLING footage shows the suspected Stockton serial killer on the prowl - walking with a distinctive limp that could help identify him. Video of a "person of interest" was released after cops in the California city linked six random gun murders and one attempted killing. Stockton Police Chief Stanley McFadden...
STOCKTON, CA・11 HOURS AGO
The US Sun

AT least 25 people were killed after a bus carrying wedding guests plummeted 1600ft into a mountain gorge in India. The large group were travelling back from Laldhang in the Haridwar district before the coach hurtled off the road in Pauri Garhwal. According to officials, at least 45 people were...
ACCIDENTS・17 HOURS AGO
The US Sun

FOOTAGE of the apparent Stockton serial killer has been released that shows him walking with a limp that could help identify him. After police in the California city connected six random gun murders and one attempted murder, a video of a "person of interest" was made public. Stanley McFadden, the...
STOCKTON, CA・8 HOURS AGO
The US Sun

HUGO the killer whale was said to have been so unhappy in his captivity at an aquarium that he slammed his head into the wall of his tank until he died. The orca suffered a brain aneurysm after repeatedly ramming against the edge of his enclosure in a case often cited by animal rights activists as proof whales should not be kept at sea parks.
ANIMALS・1 DAY AGO