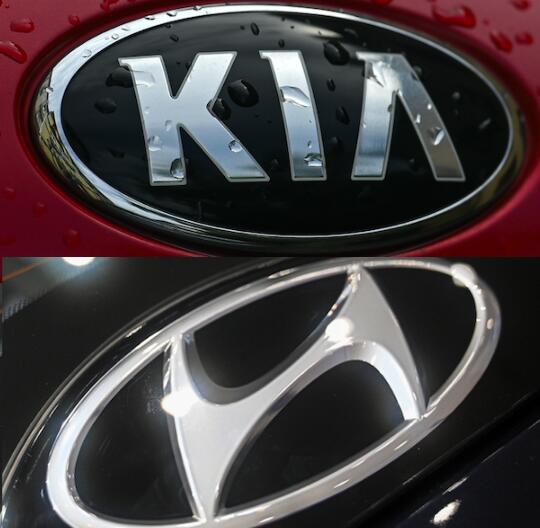 (WBBM NEWSRADIO) — Carjackings have been a problem in Chicago for awhile, but now authorities are seeing a huge increase in car thefts targeting two different makes — a spike fueled by social media.

About a month ago, Cook County Sheriff Tom Dart says he started seeing a big increase in the thefts of Kias and Hyundais.

“And we couldn’t figure it out at first, and then very quickly we came to find out that it had become sort of a social media craze where there was on multiple different sites: How to steal a Kia, a challenge. Can you do it within 30 seconds? Can you beat this person?”

Dart said it involves cracking the steering column open and using a USB cord to plug into the spot where the key would normally go.

Since July 1, in Cook County, including the city of Chicago, there have been 642 reported thefts of Kias and Hyundais. During the same period last year, there were 74 thefts of those makes.

Two attempted kidnappings recently of women in the West Loop has some residents in the neighborhood concerned for their safety and they are calling for a bigger police presence.
CHICAGO, IL・1 DAY AGO
WBBM News Radio

Dog that was in carjacked vehicle in south suburbs found

A dog has been located after it was in a vehicle that was carjacked in south suburban Homewood just before 6 p.m. Friday. Police are still searching for the vehicle and the suspect.
HOMEWOOD, IL・1 DAY AGO
WBBM News Radio

The investigation continues into two recent acts of vandalism at churches in north suburban Evanston, as does the search for those responsible.
EVANSTON, IL・1 DAY AGO

A new study says the River North neighborhood will be able to accommodate the added traffic and parking from the temporary casino, but the local alderman says the work is flawed.
CHICAGO, IL・1 DAY AGO
WBBM News Radio

‘She was a wonderful mother. It’s not fair.’ Woman killed in car crash with carjack suspects

A woman on her way to work was killed when suspected carjackers crashed into her car as they fled Chicago police in Lawndale early Thursday.
CHICAGO, IL・2 DAYS AGO
WBBM News Radio

CPD must give detainees access to attorney in under 3 hours, per new consent decree

A new consent decree was signed by a Cook County judge on Wednesday that ended incommunicado detention at the Chicago Police Department. Under the decree, Chicago police will provide every arrestee with access to communicate with an attorney.
CHICAGO, IL・3 DAYS AGO
WBBM News Radio

Aurora police said a person had contacted several schools in Aurora, Oswego and Plainfield, inquiring about taking tours of the schools. Police said that in no instance did the person ever enter any school building.
3 DAYS AGO
WBBM News Radio

Chicago Inspector General Deborah Witzburg’s report indicates the problem is that the city has shortcomings in how data is collected about those cases, what watches do the allegations happen and which units are involved, for instance.
CHICAGO, IL・2 DAYS AGO
WBBM News Radio

A man has been charged with trying to kidnap a woman in the West Loop and attacking two other women in the South Loop Sunday morning — two days after he was charged with failing to register as a sex offender.
CHICAGO, IL・4 DAYS AGO

A man was fatally shot while driving in the Douglas neighborhood on the South Side Tuesday night, police said. The man was driving east in the 200 block of East 31st Street when someone in a white sedan fired shots around 10:15 p.m.
CHICAGO, IL・4 DAYS AGO
WBBM News Radio

There is a lot of work to be done after Hurricane Ian hit Florida, including helping four-legged friends. PAWS Chicago has sent three vans to Florida to bring back more than 40 cats and dogs from shelters in areas hit by Ian.
CHICAGO, IL・1 DAY AGO
WBBM News Radio

The U.S. Department of Labor has proposed a $201,000 fine for Chicago-based Ferrara Candy Co. for safety violations at the company’s suburban Bellwood factory.
BELLWOOD, IL・3 DAYS AGO

40 years after Tylenol murders, legendary reporter John Drummond asks: ‘Who did this?’

It’s been 40 years since the first death in what became known as the Tylenol murders. Forty years later, motive is just one of the things about the Tylenol murders that’s baffled reporter John Drummond, who vividly remembers covering the 1982 crime.
CHICAGO, IL・3 DAYS AGO
WBBM News Radio

Woman dies after being found unresponsive at Wrigleyville bar

A woman has died after being found unresponsive at a bar in Wrigleyville, according to police. The 27-year-old woman was found near the 900 block of West Belmont Avenue around 4:42 a.m. Saturday.
CHICAGO, IL・1 DAY AGO
WBBM News Radio

The Roux Gas Station on 71st and Western in the Chicago Lawn Neighborhood is just the first of what creators hope will be numerous convenience stores featuring community outreach programs.
CHICAGO, IL・2 DAYS AGO