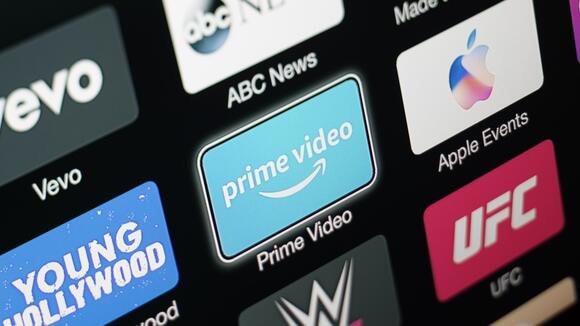 With high-speed internet widely available to most Americans on a variety of devices, instantaneous enjoyment of countless hours of television is more or less always a click away.

Like Netflix and other streaming services, Amazon Prime now produces original content. Their first effort was “Alpha House,” a political comedy starring John Goodman, that premiered in 2013. Since then, Amazon has produced a steady stream of comedies, dramas, comedy-dramas, and other types of series. ( These are the best live-action sitcoms of all time .)

As with Netflix, the results have been missed, but some of their efforts really stand out. (Amazon is also known for its ever-changing library of new and classic films. See the best movies to stream on Amazon right now. )

To determine the best Amazon Prime original series, 24/7 Tempo audience ratings on IMDb - an online movie and TV database which happens to be owned by Amazon. Shows that were developed or co-developed by Amazon Studios and originally streamed on Amazon Prime were ranked based on IMDb audience rating as of August 2022. Only shows with at least 1,000 IMDb user votes were considered. Cast information also came from IMDb.

The list is rich in variety. From legal dramas and fantasy shows to romantic comedies and adult animated series that have run for multiple seasons. If your taste runs toward the noir genre, there is “Carnival Row,” pairing Orlando Bloom and Cara Delevingne. If alternative history is your thing, check “The Man in the High Castle.” Like spy stories? Try “Tom Clancy’s Jack Ryan.” The possibilities are endless. 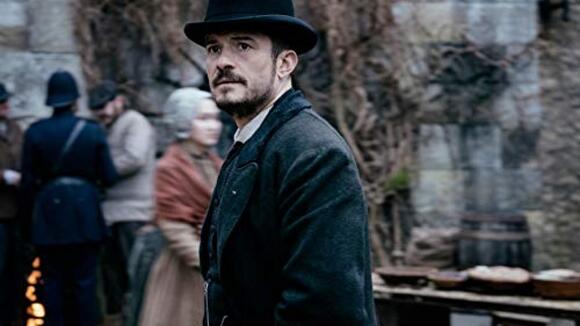 "Carnival Row" is a noir fantasy about mythological creatures who are forced to live as refugees among humans. A human detective teams up with an ex-lover who's a fae (faerie) to solve murders threatening the little peace that still exists in society. 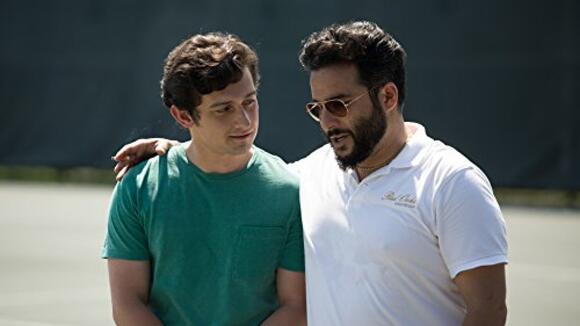 This coming of age comedy-drama follows a college student working at a country club in New Jersey in the mid 1980s. Everybody offers him advice but he has to find his own way as he prepares to move to New York after the summer. 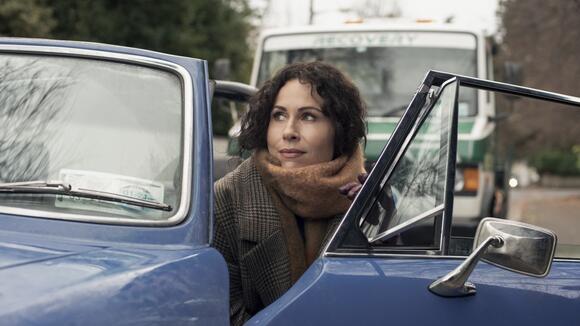 "Modern Love" is an anthology series based on a New York Times weekly column of the same name. Every episode has different characters and explores love in many forms - from romantic relationships to simple human connections. 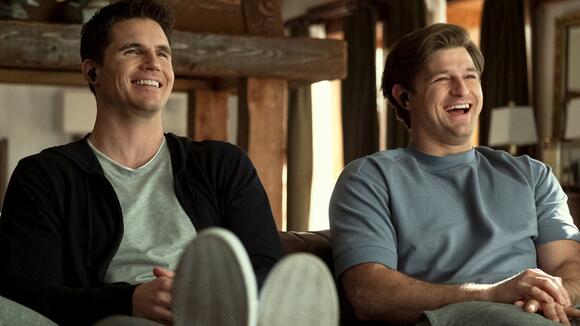 This series tells the story of a man who is uploaded to a virtual reality world at the time of his death. The show has been generally well received by viewers and critics alike thanks to its deft blend of dystopian sci-fi and comedy. 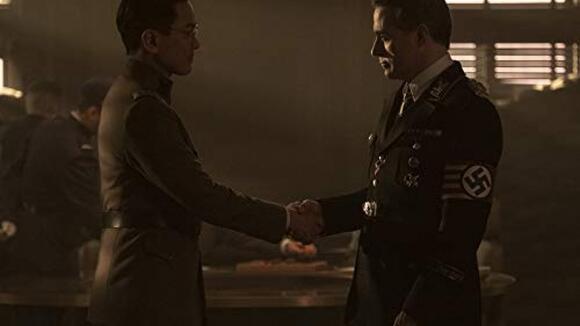 "The Man in the High Castle" shows what might have happened if Germany and Japan had won World War II. The series follows a young woman who discovers a tape that could help end the totalitarian regimes, and the man who can stop her. 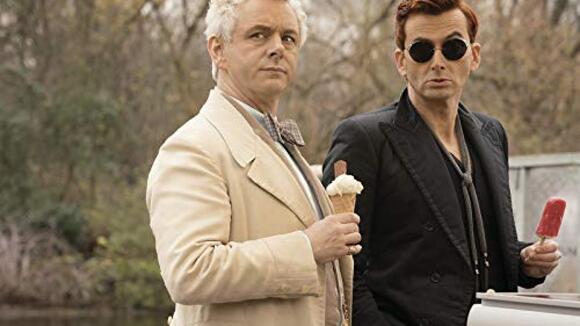 This fantasy comedy is based on Terry Pratchett's 1990 hit novel of the same name. The series concerns a demon and an angel who, after adapting to life on Earth and liking it, form an unlikely team to save the world from an Armageddon. 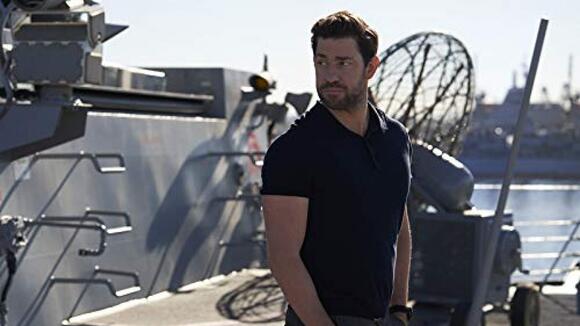 This is a political thriller based on Tom Clancy's Jack Ryan book and movie franchise. Ryan is a former U.S. Marine who is now an up-and-coming CIA analyst. He uncovers a possible terrorist plot which leads to him beocming involved in dangerous field assignments. 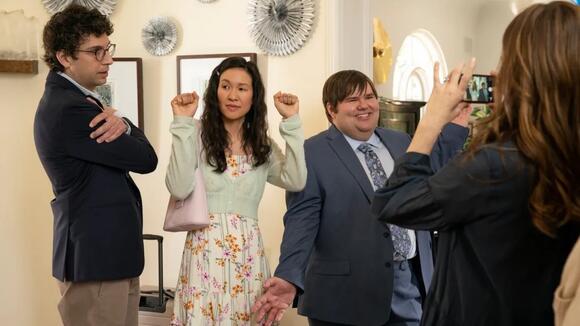 "As We See It" is an original drama-comedy about three autistic roommates. The series shows how each of them sees a world that eludes them, and follows their journeys as they try to navigate it. 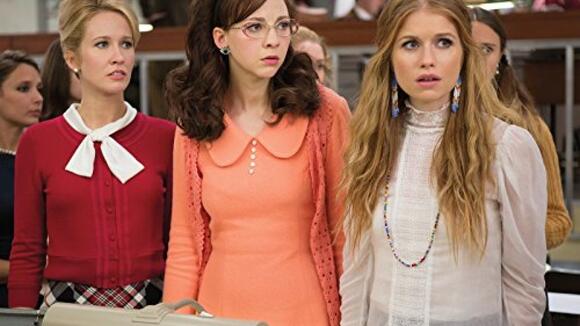 This series, drawn from real-life events, takes place in the 1960s at a Newsweek-style magazine. As three female employees fight for equal rights, they end up changing America's workforce culture at large. 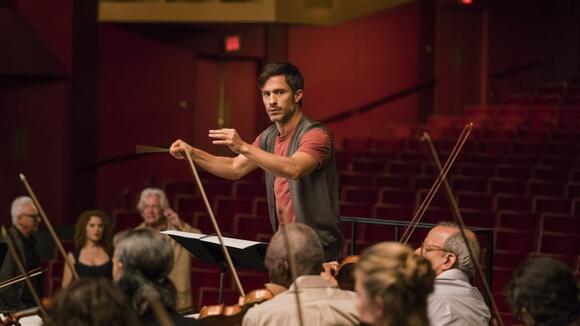 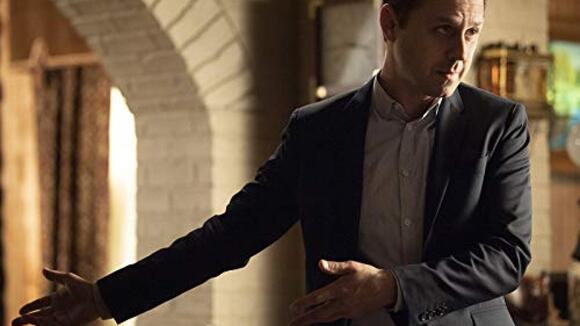 The crime drama centers on a recently released convict who assumes his former cellmate's identity as a way to leave his old life behind, only to find himself in a new but just as dangerous set of circumstances. 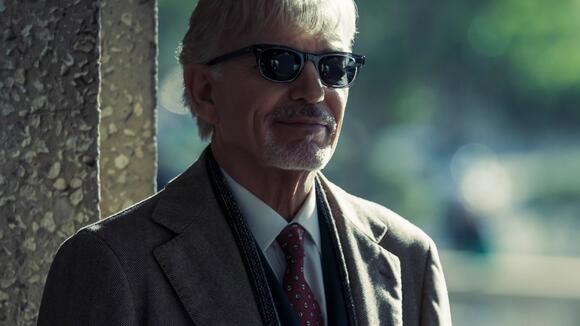 "Goliath" is a legal drama about a formerly powerful lawyer, now an alcoholic ambulance chaser, who seeks redemption. In the first season, he takes on a risky case that leads to the uncovering of a deadly conspiracy and lets him take revenge on the firm that fired him. 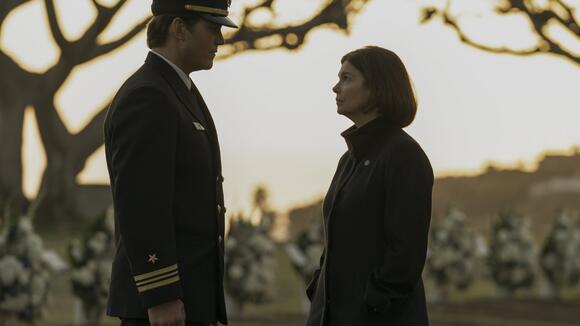 The action thriller series follows a former Navy SEAL officer who investigates how and why his entire platoon was ambushed during a covert mission. 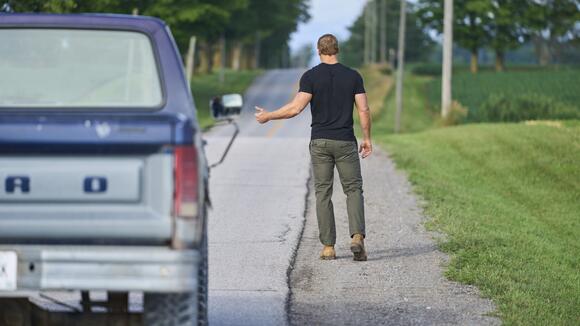 "Reacher'' is a crime thriller series based on Lee Child's best-selling books about a former military police officer, now a drifter. In the debut season of "Reacher," he is falsely accused of murder and the police need his help in finding out the truth. 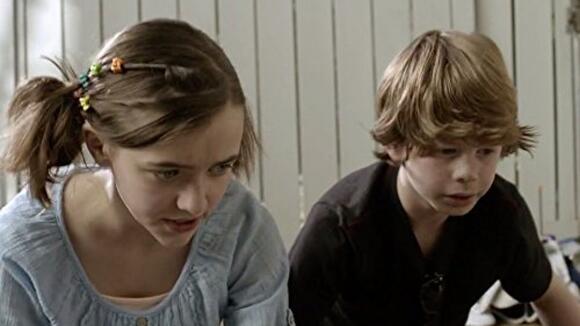 This live-action family show centers on a boy and his two best friends and their lives on Normal Street, a seemingly ordinary thoroughfare in the suburbs that turns out to be magical. 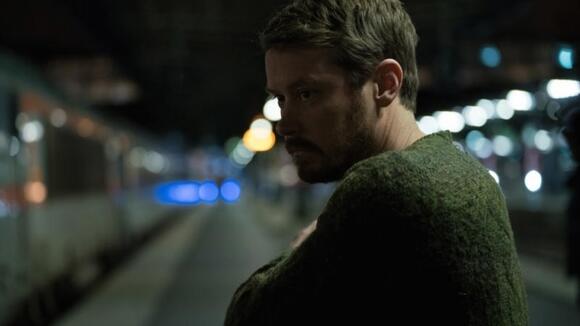 "Patriot" is a comedy spy drama that follows an intelligence officer who goes undercover at an industrial piping firm in order to prevent Iran from achieving nuclear bomb capability. 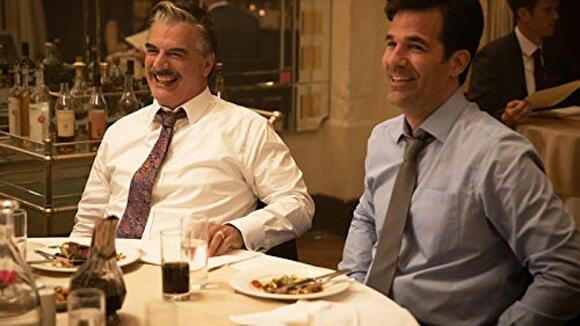 This British sitcom shows how an American businessman and an Irish teacher become involved and try to make it as a couple after she gets pregnant during their week-long fling in London. 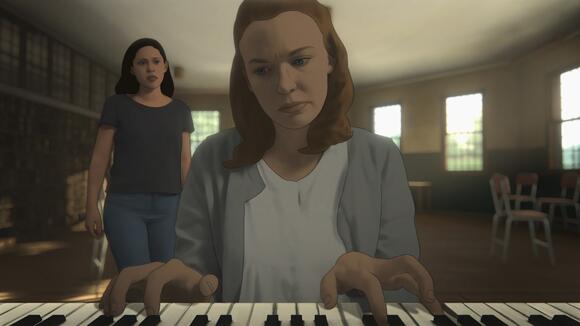 "Undone" is an adult animated psychological drama that centers on a woman who somehow acquires the ability to travel through time after a serious car accident. She uses her new ability to find out the truth about her father's death. 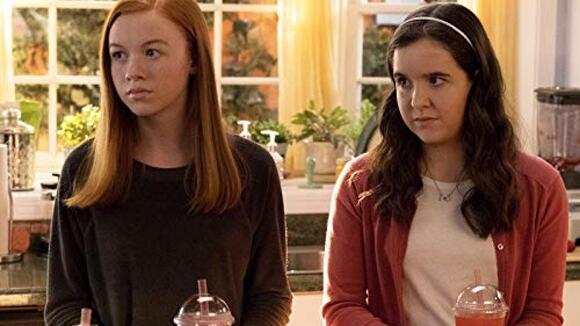 "Just Add Magic" is a family series about three friends who find a cookbook with magic recipes they use to uncover secrets and lift curses in their hometown. 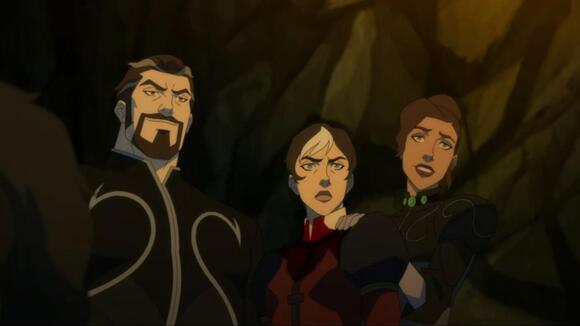 The second of three adult animated series on this list, "The Legend of Vox Machina" is a fantasy about a fictional world that is in danger from dark forces. Eight misfits join forces to save it. 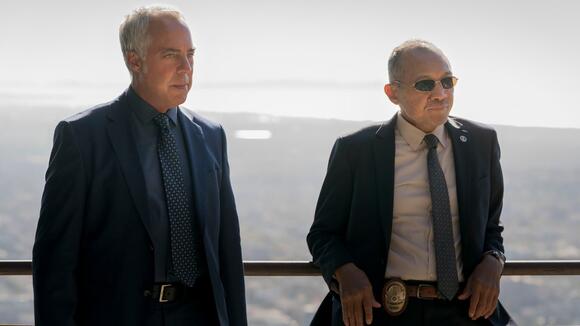 In "Bosch," an LAPD detective works to solve complicated cases while struggling with the stress of the job. A spinoff of the show, "Bosch: Legacy," made its debut this year on Amazon Freevee. It picks up where "Bosch" left off, after the title trades his badge for a private detective's license. 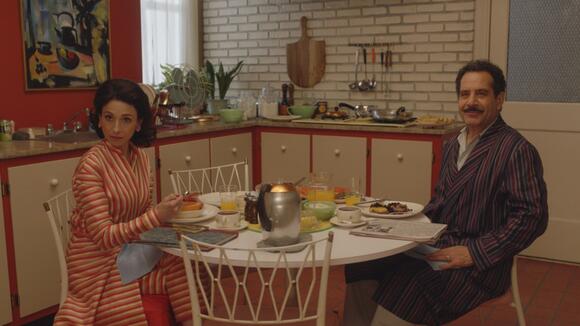 Against the backdrop of 1950s New York City, "Gilmore Girls" creator Amy Sherman-Palladino presents the inspiring and hilarious story of Mrs. Maisel - a Jewish divorcee and single parent who defies convention by pursuing a career in stand-up comedy. 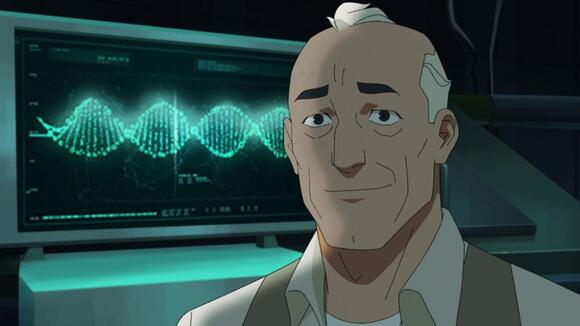 "Invincible" is a superhero series based on a comic book series of the same name. The show follows a 17-year-old young man who transforms into a superhero and is trained by his father, the most powerful superhero on Earth. The series shows the boy's struggles as he adjusts to his new life. 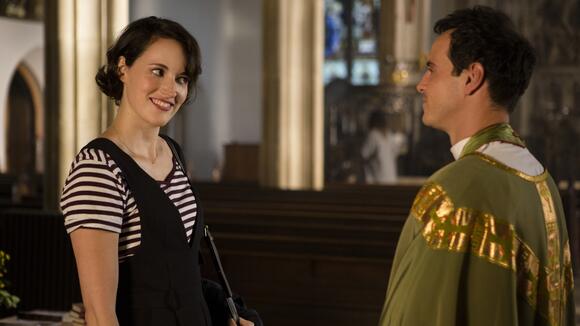 This BBC-Amazon co-production is a British comedy-drama about a self-centered, sex-mad woman living in London who is coping with the tragedy of her best friend's (possible) suicide while falling in love with a priest. 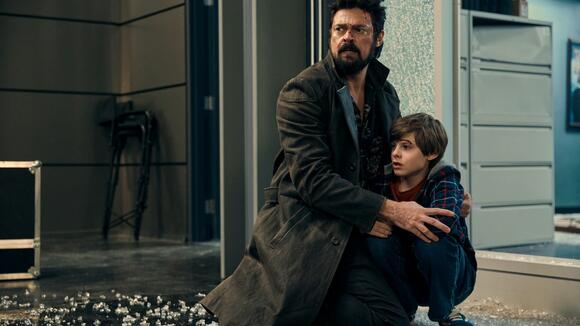 Based on a comic book of the same name, the show follows a group of vigilantes trying to catch rogue superheroes who abuse their powers.

AMC Is a Wreck

The AMC Entertainment Holdings Inc. (NYSE: AMC) stock price has dropped to just above $7, very near its 52-week low of $6.81 and well below its period high of $45.95. People have traded the stock in a frenzy, pushing it up or down by double-digit percentages some days. The fact is that the company and its model are no longer viable. Even at $7, the stock is overpriced. The day when people attend movies in the theater is mostly gone.
MARKETS・5 DAYS AGO
Showbiz Cheat Sheet

Why Jeffrey Dahmer Didn’t Wear His Glasses on Trial

Here's why the real Jeffrey Dahmer didn't wear his glasses while on trial.
MOVIES・1 HOUR AGO
BuzzFeed

What do expectant moms and dads fight about most? According to Babycenter, a parental information site, baby-naming is a major sore point, with 50% of parents disagreeing about their future child’s name. Baby names carry weight, and some names have risen to fad status, while others have faded into obscurity. (Here are 25 baby names […]
FAMILY RELATIONSHIPS・6 DAYS AGO

The Oscars, the Grammys, and the Golden Globes are some of the most renowned annual celebrity events, where a select few artists receive awards for their exemplary work. Although the vast majority of recipients gladly accept their trophies, there are rare occasions when an honoree decides to turn down an award, as Marlon Brando famously […]
CELEBRITIES・2 DAYS AGO