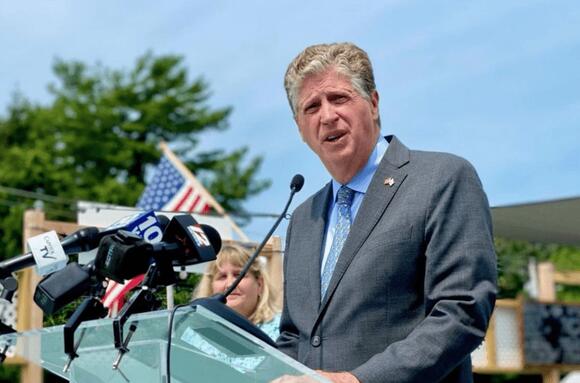 Teamsters Local 251 on Thursday announced its endorsement of Governor Dan McKee for a full term.

“Many of the services we rely on daily are powered by hard-working Teamsters — they get our children to school safely, they work in our hospitals, they build our infrastructure, and they supply our businesses. Rhode Island workers deserve to make a livable wage with good benefits, and I am happy to support the Teamsters and all Rhode Island families to make our state a better place to live, work, and raise a family. I am honored to have earned their endorsement,” said Governor Dan McKee.

“Governor McKee has made it clear he cares about the issues that matter to working people. He demonstrated his support by showing up and supporting our members on the picket line, delivering important tax cuts that will create jobs in Rhode Island, and being an ally for organized labor. Working people in Rhode Island have a champion in Governor McKee and we can always count on him to have our backs,” said Matt Taibi, Principal Officer for Local 251.