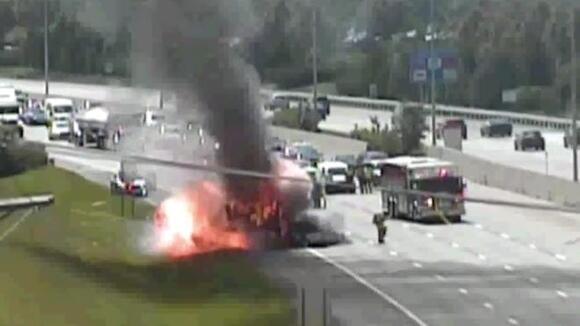 A light earthquake shook parts of southeast New Mexico and west Texas Thursday morning in an area that has seen over 1,000 earthquakes this year.

The 4.7 magnitude (M) earthquake was recorded around 1:17 a.m. by the U.S. Geological Survey (USGS) some 34 miles south of Whites City.

A M 3.1 quake was reported after 5:30 p.m. Wednesday in the same location, according to USGS data.

Earthquakes increased since 2019 in west Texas and southeast New Mexico as researchers pointed to salt-water injected wells as the cause of the activity.

The Texas Railroad Commission (RRC) began implementation of an operator-led response in March in the Western Permian Basin that addressed injection-induced seismicity to keep residents and the environment safe, read the RRC website.

The plan for the Northern Culberson-Reeves Seismic Response Area (SRA) borders Guadalupe Mountains National Park and the State of New Mexico was meant to reduce the intensity and frequency of earthquakes, along with goals to eliminate M 3.5 or greater earthquakes no later than Dec. 31, 2023, according to the RRC.

“The comprehensive plan for the Northern Culberson-Reeves SRA provides variable reductions in disposal volumes of produced water (water that comes out of the ground with oil and gas during production) across all disposal wells. It will provide the RRC with additional information with the expansion of the seismic monitoring stations in the area, which will provide better data on the precise location and depth of earthquakes,” the website stated.

In November of last year, the New Mexico Energy, Minerals and Natural Resources (EMNRD) Oil Conservation Division (OCD) announced plans to reduce the volumes of saltwater injected based on a well’s proximity to an earthquake site.

New Mexico’s response protocol is effective when two M 2.5 earthquakes occur within 30 days within a 10-mile radius, according to ENMRD’s website.

Mike Smith can be reached at 575-628-5546 or by email at MSmith@currentargus.com or @ArgusMichae on Twitter.

God has told us, there will be many earthquakes and pestilence and suffering 🙏 🙌

nope not the oil , the bible says their will be earthquakes in places that would be strange

if there is that much stress tied up between the players a little club would help relieve the stress with out too much damage. we don't know how bad the new Madrid earthquake was around 1800. we do know it made the Mississippi river run backwards. the earthquakes are worst in areas that don't have many. clays land is already broken up from so many so the damage is less for the same strength earthquake