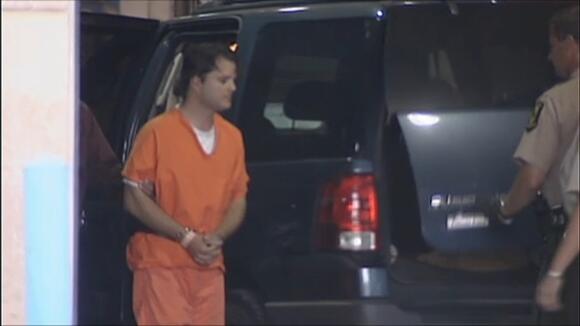 The family of Christopher Vaughn, the Oswego man convicted of killing his wife and three young children in 2007, claims the grand jury that indicted him was misled by prosecutors. He was convicted in the murder after their bodies were found in the family's SUV just off I-55 in Channahon. However, lawyers for Vaughn claim investigators manipulated DNA test results, which they say helped lead to the original indictment. RELATED: Attorneys for Christopher Vaughn, Oswego man convicted of murdering wife, 3 kids, seek his release 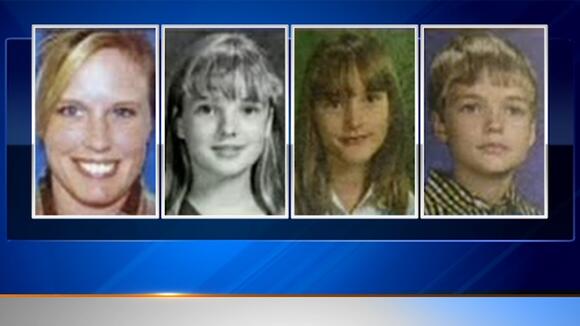 Christopher Vaughn was convicted of killing his wife and three young children after their bodies were found in the family's SUV just off I-55 in Channahon.

Vaughn's parents are asking for a new trial. The Will County State's Attorney provided a statement Wednesday saying: "In the successful prosecution of Christopher Vaughn, we called 90 witnesses to the stand in our case-in-chief and the jury returned a guilty verdict in 60 minutes." Vaughn previously claimed his wife killed their children before killing herself.

If one of my sons murdered his wife and my grandchildren I would not be paying for lawyers to free him.

he got his family fooled thinking he is innocent

So far, more than 200 convictions tied to Ronald Watts have been dismissed, since one of his team members went to prison for corruption.
CHICAGO, IL・2 HOURS AGO
ABC 7 Chicago

Joliet police said a 2-year-old boy is in critical condition after finding an unsecured gun and shooting himself in the head.
JOLIET, IL・1 DAY AGO
ABC 7 Chicago

A casino in Joliet was closed Saturday night after it received a call from someone saying there were multiple bombs on the premises, Joliet police said.
JOLIET, IL・3 HOURS AGO
ABC 7 Chicago

When police arrived, they found a group of juveniles gathered in the area.
CALUMET CITY, IL・8 HOURS AGO

A Chicago police officer was also taken to the hospital with shortness of breath.
CHICAGO, IL・3 HOURS AGO
ABC 7 Chicago

A driver ignored a CPD unit before hitting another vehicle, resulting in a deadly crash on the West Side, officials said.
CHICAGO, IL・6 HOURS AGO
ABC 7 Chicago

A teen was shot while walking on Chicago's South Side, police said.
CHICAGO, IL・20 HOURS AGO
ABC 7 Chicago

The man who jumped the barrier at Midway airport in March has pled guilty to trespassing on restricted property.
CHICAGO, IL・1 DAY AGO

Chicago shooting: 4-year-old boy seriously injured by gunfire while in car with mother

Chicago police said a 4-year-old boy was seriously injured after being struck by gunfire while in a car with his mother Friday night.
CHICAGO, IL・1 DAY AGO
ABC 7 Chicago

At least seven people have been shot, including a three-year-old boy in Chicago's West Lawn neighborhood, in weekend violence across Chicago, police said.
CHICAGO, IL・23 HOURS AGO
ABC 7 Chicago

Flames shot from the roof during a south suburban apartment fire.
HARVEY, IL・13 HOURS AGO

The teen was fleeing police in a stolen car when he ran a red light, killing a 55-year-old woman on her way to work, Chicago police said.
CHICAGO, IL・1 DAY AGO
ABC 7 Chicago

The club released a statement saying they would be closed on Saturday night "out of respect for this life lost."
CHICAGO, IL・14 HOURS AGO
ABC 7 Chicago

The suspects, driving a stolen car, stole two more vehicles in McKinley Park and Heart of Chicago, according to police.
CHICAGO, IL・2 DAYS AGO
ABC 7 Chicago

The badly mangled vehicles involved were scattered across four lanes of Ogden Avenue in varying states of extreme damage after the incident.
WESTERN SPRINGS, IL・1 DAY AGO
ABC 7 Chicago

A man was arrested under a pool deck of a home after police said he led them on a chose through multiple towns in Northwest Indiana Wednesday night.
GARY, IN・3 DAYS AGO
ABC 7 Chicago

1 charged in armed robberies of USPS mail carriers in Evanston

A man is charged for a violent armed robbery on a CTA Red Line train that was captured on horrific video.
CHICAGO, IL・2 DAYS AGO