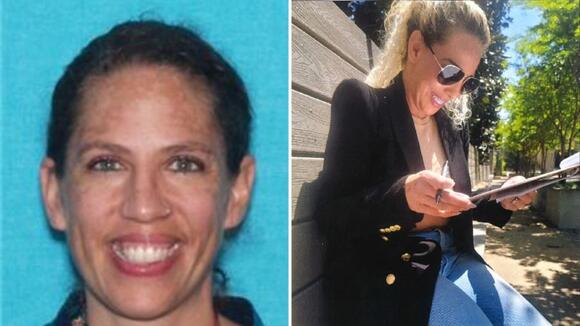 Police say the woman has been identified as 38-year-old Sarah Hamilton. An arrest warrant charging her with felony theft has been issued.

In early July 2022, police reported two men and one woman fell victim to the scam that reportedly starts with a man calling the victims, saying he has knowledge of their address and other personal info and that he is with the sheriff’s office. He then goes on to tell the victims that warrants are out for their arrests, and that if they paid cash, the charges would be dismissed.

Rather than meet in an office, he orders the victims to go to a courtyard downtown in the 1200 block of 4th Avenue North. While there, the victims are met by a woman, now identified as Hamilton, who reportedly identified herself as “Debra Cook”.

Hamilton allegedly collects cash payments from the victims, who then sign official looking paperwork. Hamilton then leaves to supposedly make copies of the paperwork, but never returns.

Metro police would like to remind the public that no member of law enforcement will ever solicit money. The public is urged to exercise caution when giving personal information to someone who is not a confirmed and trusted source.

Clarksville police searching for robbery suspect who may have been shot

According to police, a man wearing dark clothing and a ski mask tried to rob another man as he was getting out of his car Thursday at around 10 p.m. During the robbery, the suspect was "possibly shot and may be in need of medical assistance."
CLARKSVILLE, TN・6 HOURS AGO
WKRN News 2

"I apologize." Those are the words of a man who confessed to stealing a cement truck in Spring Hill and leading police on a wild chase along I-65 earlier this month.
SPRING HILL, TN・4 HOURS AGO
WKRN News 2

Between a large number of school threats and tragic shootings this September, the conversation on convincing kids about making the right decisions in life has intensified.
NASHVILLE, TN・4 HOURS AGO
WKRN News 2

A 17-year-old wanted for firing a gun in July was arrested Wednesday night after he fled from police in a stolen pickup truck.
NASHVILLE, TN・1 DAY AGO

A Smith County woman was arrested on an aggravated assault charge after she reportedly shot another woman during a fight, according to the Tennessee Bureau of Investigation.
SMITH COUNTY, TN・9 HOURS AGO
WKRN News 2

One person was injured in a shooting outside a gas station in North Nashville late Thursday night, according to Metro Police.
NASHVILLE, TN・16 HOURS AGO
WKRN News 2

Hundreds of people were stopped and/or cited in Nashville Wednesday -- including a man going more than 100 mph -- as cops and troopers participated in Operation Roundabout along Briley Parkway.
NASHVILLE, TN・1 DAY AGO
WKRN News 2

A man facing charges in connection with an early morning burglary at an East Nashville gas station reportedly decided to turn himself in to the police late Monday night.
NASHVILLE, TN・2 DAYS AGO

Search for 2 suspects underway after shooting in Rayon City

A search for two suspects is underway in the Rayon City neighborhood of Old Hickory after a shooting was reported early Wednesday morning.
OLD HICKORY, TN・2 DAYS AGO
WKRN News 2

The shooting happened around 11:40 p.m. at the McDonald's on South Rutherford Boulevard.
MURFREESBORO, TN・1 DAY AGO
WKRN News 2

Tactical officers responded to a home on Calderwood Court around 9 a.m.
NASHVILLE, TN・2 DAYS AGO

Members of the Nashville Fire Department were called out Friday morning to recover a body that was spotted in the Cumberland River.
NASHVILLE, TN・7 HOURS AGO
WKRN News 2

Officials say no one is hurt following a two-alarm fire in South Nashville.
NASHVILLE, TN・23 HOURS AGO
WKRN News 2

“I looked in the mirror after the incident and I just couldn’t believe I was still standing. We know that god interviewed because we felt out of control but he was in control,” Smith said.
NASHVILLE, TN・1 DAY AGO
WKRN News 2

“We saved money for those wedding rings and we were really excited about it," Polley said.
NASHVILLE, TN・2 DAYS AGO
WKRN News 2

The death of a 13-year-old Clarksville boy has been deemed a suspected homicide, according to an autopsy report.
CLARKSVILLE, TN・2 DAYS AGO
WKRN News 2

(WREG/WKRN) — On Thursday, Gov. Bill Lee’s office announced plans to speed up the hiring process for 25 new forensic positions at the Tennessee Bureau of Investigation (TBI) in order to increase testing capacity at three labs, as well as decrease the turnaround time for sexual assault kits. According to a statement released on Thursday, […]
TENNESSEE STATE・1 DAY AGO
WKRN News 2

The incident happened around 9:45 a.m. at the airport located on Airport Drive off Briley Parkway.
NASHVILLE, TN・1 DAY AGO
WKRN News 2

According to Fire Chief Scotty Bush, the fire took place in the 200 block of Harbor Drive while a man and a woman were inside the home.
HENDERSONVILLE, TN・1 DAY AGO