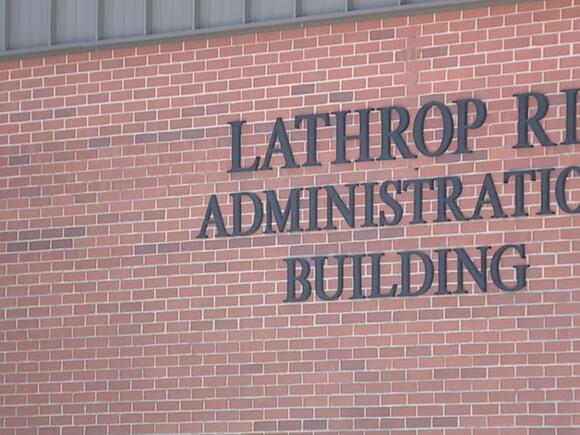 The four-day school week is one solution that Missouri districts are exploring — or have already put in place — to recruit and retain teachers in the midst of a statewide shortage.

As another school year is about to begin, KSHB 41 talked to two district leaders — one that has had a four-day week in place for a long time and another that's exploring it for the future.

"We were only thinking about saving money, that was it," Chris Fine, superintendent at the Lathrop R-II School District, said.

The district first began exploring a four-day week in 2009.

"It's been really beneficial for us in a lot of ways," Fine said.

"We are saving 1-1.5% per year, that's been consistent over the life of the thing. For us, we're able to add 25 hours of instruction," Fine said.

It's current schedule is Tuesday through Friday from 8:00 a.m. to 3:45 p.m. every week of the school calendar.

According to fine, it has also helped with staffing teachers too.

"It was really good for us at the beginning, unintended consequence, we were getting good applicants and stealing some from other places we hadn't stolen from before, honestly," Fine said.

Lathrop has been on that Tuesday through Friday schedule for more than a decade.

They're not alone in the state of Missouri in adopting that four-day week, and their neighboring districts are starting to look at it a little harder for themselves.

"The very earliest this would occur would be next school year," Dr. Dale Herl, superintendent at the Independence School District, said.

The ISD school board voted this week to start researching a four-day week.

"This was brought on not as a cost savings measure, but as you look at what's going on in in the country regarding teacher shortages, bus driver shortages, even nutrition services, we want to be proactive and look at possible solutions for that," Herl said.

Addressing childcare and nutrition needs will be part of Independence's due diligence, but there's encouraging research on another key topic regarding four-day weeks.

"It has very little to no negative impact on education and academic performance, so that's good news," Herl said.

More schools could turn the page to a new era of their own in the future.

"I think what may have been cost saving measures 8-10 years ago, really it's more about now, or as much about quality of life, a work balance, but then also, how can we retain our employees?" Herl said.

The future of standardized testing is being discussed from many different perspectives as more and more universities switch away from a test-required model for admissions and scholarships.
KANSAS CITY, MO・7 HOURS AGO
KSHB 41 Action News

What local lawmakers are doing about pelvic exams without consent

Local lawmakers want to see bills passed that require doctors and doctors-in-training to ask patients for explicit consent before doing a pelvic exam on them while they're unconscious.
MISSOURI STATE・1 DAY AGO
KSHB 41 Action News

Olathe Health announced Wednesday that it has signed a letter of intent to join The University of Kansas Health System.
OLATHE, KS・1 DAY AGO
KSHB 41 Action News

GUIDE: What to know about Kansas, Missouri midterm elections

KSHB 41 News is looking ahead to the Kansas and Missouri midterm elections to keep you in the loop on when to register, how to vote and what to expect on the ballot.
MISSOURI STATE・1 DAY AGO

News early Wednesday of a boil advisory being issued for two areas of Kansas City, Missouri, meant changes in the daily workflow for many.
KANSAS CITY, MO・1 DAY AGO
KSHB 41 Action News

Former Kansas City, Missouri, Chief of Police Rick Smith has been contracted as a consultant for the city of St. Joseph ahead of its search for a new police chief.
SAINT JOSEPH, MO・1 DAY AGO
KSHB 41 Action News

Drought conditions exist through much of Kansas and one farmer is seeing the impact. Lucas Heinen grows corn and soybeans at his farm in Brown County, Kansas.
BROWN COUNTY, KS・1 DAY AGO
KSHB 41 Action News

Tax breaks for farmers near passage in Missouri Legislature

A $40 million tax credit package for Missouri farmers and other agricultural businesses neared passage Monday, when a committee voted to send the bill to the full state Senate.
MISSOURI STATE・2 DAYS AGO

Officials in South America are following the deaths of two Stowers Institute researchers who were found dead in an apartment fire in KCMO.
KANSAS CITY, MO・21 HOURS AGO
KSHB 41 Action News

The Missouri Baptist Convention has teams across the Kansas City area, including the Clay-Platte Baptist Association, that will be deploying to Florida Saturday to help victims of Hurricane Ian.
MISSOURI STATE・2 DAYS AGO
KSHB 41 Action News

The deaths of two researchers from the Stowers Institute in Kansas City, Missouri, is shocking many across international borders.
KANSAS CITY, MO・14 HOURS AGO
KSHB 41 Action News

Suspect of homicide at Independence apartment taken into custody in KCMO

A male suspect of a fatal shooting Saturday in Independence, Missouri, is in custody after being captured in Kansas City, Missouri, according to the Independence Police Department.
INDEPENDENCE, MO・23 HOURS AGO

Five birds at the Deanna Rose Children’s Farmstead in Overland Park have died in recent days from suspected cases of avian flu. As a precaution, the attraction will close Wednesday and Thursday.
OVERLAND PARK, KS・22 HOURS AGO
KSHB 41 Action News

The Hy-Vee grocery store chain is voluntarily recalling eight different cheese products after receiving word from a manufacturer that they may be contaminated.
3 DAYS AGO
KSHB 41 Action News

A Shawnee woman was sentenced to three years of probation for the death of her son in a fire on Feb. 13, 2022.
SHAWNEE, KS・1 HOUR AGO
KSHB 41 Action News

After the arrest of the executive with Konnech Corporation in LA, Johnson County officials are looking into whether the information of election workers was compromised.
JOHNSON COUNTY, MO・1 DAY AGO
KSHB 41 Action News

The Riverfront District continues to position itself as a destination for further growth following the groundbreaking of the KC Current stadium.
KANSAS CITY, MO・6 HOURS AGO