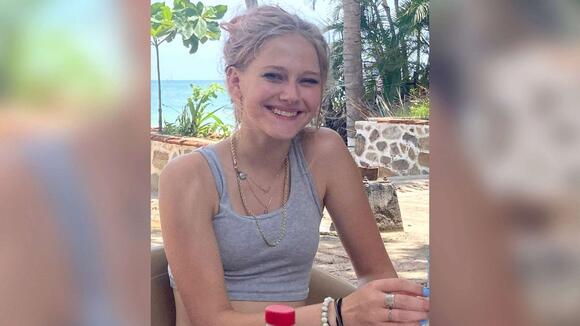 Authorities are urging people to come forward with tips as they continue searching for a missing 16-year-old who was last seen early Saturday at a large party near a campground in northern California.

"We're trying to find out exactly what happened. We believe someone knows, but they are not coming forward," Placer County Sheriff Lt. Josh Barnhart told reporters during a briefing Wednesday afternoon.

Kiely Rodni was last seen at around 12:30 a.m. Saturday near the Prosser Family Campground in the small town of Truckee, some 20 miles north of Lake Tahoe, according to the Placer County Sheriff's Office. Her phone has been out of signal since then, and her car -- a silver 2013 Honda CRV with a California license plate No. 8YUR127 -- has also been reported missing, authorities said.

The teen had attended a large party that night alongside upward of 300 young people, according to the Placer County Sheriff's Office, which is leading the ongoing investigation and search.

The Placer County Sheriff's Office said Sunday it has "developed information that Kiely was seen in a video earlier in the evening at the party wearing the white sweatshirt pictured in this photo. It’s unclear whether Kiely was wearing the sweatshirt when she was last seen."

"We are asking anyone who may remember seeing Kiely that evening to please reach out to us as we continue our search for her," the office added.

The Placer County Sheriff's Office said Tuesday that detectives obtained surveillance footage from a local business in Truckee that shows Rodni around 6:30 p.m. on the night of her disappearance.

That footage is the only known lead so far in the case, the sheriff's office said.

"So far nothing has been able to lead us to Kiely," Angela Musallam, public information officer for the Placer County Sheriff's Office, told reporters Wednesday.

The Placer County Sheriff's Office has urged anyone who saw her that night to come forward. So far investigators have received more than 200 tips, according to Placer County Sgt. Scott Alford. Though beyond the surveillance footage from the Truckee business, law enforcement has no new leads in the case, Barnhart said.

"We do not have any new leads, and that, I can tell you, is very frustrating for us," Barnhart said. "We reiterate that anyone, please, anyone that was at the party that night please come to law enforcement."

Rodni's family has also urged people to speak out.

Detectives are not ruling out a possible abduction, though "right now we don't have any evidence that supports an abduction," Alford told reporters during a briefing Tuesday.

"We're considering everything," he said. "This is a missing person's case, this is a search-and-rescue effort."

Dozens of law enforcement personnel have been involved in the search, including foot patrol, aircraft and dive teams. A canine team has also been utilized.

A $50,000 reward is being offered for information leading to Rodni's safe return. Authorities said she was last seen wearing a black bodysuit, green pants with a black belt and black Vans shoes. She also may have a black hoodie that was loaned to her several days before she disappeared, the sheriff's office said .

"We can't stress this enough -- out of the 200-300 juveniles and young adults who were at that party at the Prosser Campground Friday evening -- somebody knows something about Kylie," Musallam said during Tuesday's briefing. "We are please urging and pleading with the community to please come forward. You will remain anonymous."