Months after her death, Long Soldier’s family looking for answers 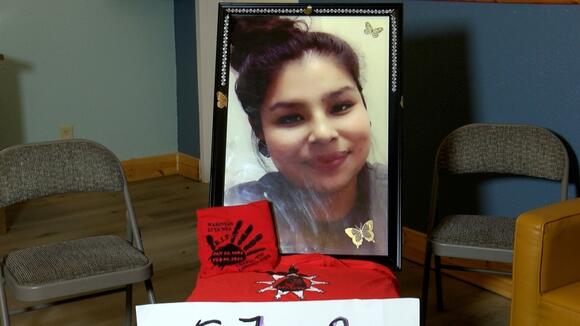 Cheryl Tiara Long Soldier, or Tia, as her friends and family call her, was known for always being happy.

“She was a really outgoing person, she was really goofy. She’s like the life of the party,” Kevinita Ramos, Long Soldier’s sister, said.

The 28-year-old mother was last seen on January 3. Weeks passed, and so did her birthday… leaving her family wondering where she was and if she’d ever return home.

“I’m lonely every day waiting for her to come back or something,” Victoria Good Voice Flute, Long Soldier’s grandma, said.

After Long Soldier’s family members realized she was missing, they immediately started some social media outreach and small, local searches. A couple days later, they say tribal authorities set up official searches. However, those came with frustrations.

“They sent us a command center with an emergency worker. He was an OST (Oglala Sioux Tribe) emergency worker. You know, he wanted tips and ideas and everything but he wasn’t taking the tips and ideas seriously,” Avril Pulliam, Long Soldier’s friend, said. “And it was upsetting me, you know, I was like, well how come we all can’t break up to different groups and go that way, some of us come this way, some of us go that way, you know, hit the four directions.”

Searches happened that entire month, but they didn’t find anything. That is until Pulliam decided to split away from the search party on February 8.

The Oglala Sioux Tribe put out a $25,000 reward for anyone who had information on Long Soldier’s whereabouts.

“They put out a reward for her and everything but why did it have to be that way, you know, it wasn’t about the money, it wasn’t about the reward or anything,” Pulliam said. “It was about bringing her home. You know, so despite all of that, they should’ve just got their programs out and involved January 8. I think she would’ve still been on this earth here with us.”

More than six months after Long Soldier’s body was found, her loved ones are left with even more questions. They don’t know how or when Long Soldier died or what happened to her after she disappeared.

“It was cold January 2, 3, 4, 5, 6, 7. It was cold six days straight, the sun did not shine or anything,” Pulliam said. “I keep going back to that because I wonder, you know, how long did my friend really sit out there? And why did that person leave her out there? Why isn’t he sitting in jail for this? Why isn’t he being held responsible for leaving out there? No phone, no jacket, you know, no vehicle.”

“She’s no longer lost,” Ramos said. “We just want justice for my sister. That’s all we want.”

KELOLAND News has tried reaching out to the Oglala Sioux Tribe Department of Public Safety multiple times via phone calls, emails and Facebook messages to get an update on this case, but have not heard back.