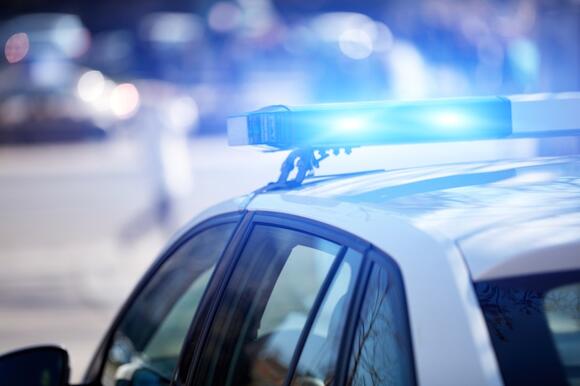 WILLIAMSBURG, Va. (WRIC) — A man in Williamsburg has died after a large tree branch fell on his car as he was driving on Wednesday.

At 3:48 p.m. on Aug. 10, the Williamsburg Fire Department responded to the scene of a motor-vehicle incident on Jamestown Road near the intersection of Bayberry Lane.

According to a release from the City of Williamsburg, 42-year-old Hakeem A. Conway of Williamsburg was driving a 2018 Chevy Malibu northeast on Jamestown Road when a tree branch fell onto the car. Conway was pronounced dead at the scene, the release read.

A passenger in the car reported minor injuries and was taken to a nearby hospital for evaluation. According to the release, no other individuals were in the car when the incident happened.

At the time of the incident, there were reports from the National Weather Service about high winds and lightning in the area. According to the city’s Public Information Officer Nicole Trifone, the tree branch likely fell due to weather conditions, but the incident remains under investigation.

The release said Jamestown Road will be closed between John Tyler Lane and Mill Neck Road until approximately 8 a.m. on Thursday, Aug. 11. Crews will remove the remaining portion of the tree in the morning.

The City of Williamsburg’s Department of Public Works & Utilities and James City County Fire Department provided assistance on this call.

Several roads closing in Richmond to make way for improvements

Residents of a new development in Chesterfield stood outside their homes on the 12300 block of Wescott Way and watched as thick black smoke plumed into the sky Monday afternoon.
CHESTERFIELD COUNTY, VA・17 HOURS AGO
WRIC - ABC 8News

According to VDOT, the crash involved multiple vehicles and was located at mile marker 55, near the Temple Avenue exit. The north left shoulder, left lane and center lane were closed.
COLONIAL HEIGHTS, VA・1 DAY AGO
WRIC - ABC 8News

Disabled tractor-trailer completely shuts down US-1 in Dinwiddie County

A disabled tractor-trailer in Dinwiddie County closed all lanes on US-1 early Tuesday morning.
DINWIDDIE COUNTY, VA・4 HOURS AGO

I-95 North reopened after crash in Petersburg

Drivers looking to travel north from Petersburg are asked to avoid Interstate 95 as a multi-vehicle crash has closed all northbound lanes but one.
PETERSBURG, VA・1 DAY AGO
WRIC - ABC 8News

Crash on I-64 causes early morning traffic backups in Richmond

According to the Virginia Department of Transportation, the crash is located on I-64 near Staples Mill Road. The eastbound left lane and right shoulder were closed because of the crash. As of 8 a.m. traffic backups had reached almost two miles.
RICHMOND, VA・1 DAY AGO
WRIC - ABC 8News

After a woman's porch in South Barton Heights was hit three times, Richmond's Department of Public Works installed rumble strips and repainted the lanes to slow drivers down.
RICHMOND, VA・4 HOURS AGO

Police have confirmed the identity of the man who was fatally hit in Eastern Henrico County Saturday night.
HENRICO COUNTY, VA・1 DAY AGO
WRIC - ABC 8News

It was determined that a man was hit by a Ford Focus, the driver of which stayed at the scene and cooperated with police. The pedestrian was taken to a local hospital where he later died.
HENRICO COUNTY, VA・2 DAYS AGO
WRIC - ABC 8News

At least three pedestrians have been hit and killed across Central Virginia over the last month.
COLONIAL HEIGHTS, VA・1 DAY AGO

RICHMOND, Va. (WRIC) — A motorcyclist who collided fatally with an SUV Saturday night on the South Side of Richmond has been identified. Richmond Police say Allenmichael Marrs, a 31-year-old man who lived in Charlottesville is the motorcyclist who died at the scene of the collision at 6:13 p.m. The SUV driver was traveling east […]
RICHMOND, VA・1 DAY AGO
WRIC - ABC 8News

Ashland man turns himself in after truck stop shooting

The Hanover County Sheriff's Office said deputies responded to the Lewistown Truck Stop for a reported shooting Sunday, where police talked to a man who told them another male had fired two shots at him from a handgun while they were in the parking lot of the business.
ASHLAND, VA・48 MINUTES AGO
WRIC - ABC 8News

Hurricane Ian is expected to hit some areas of Central Virginia by late Friday, Sept. 30, until Sunday. The Richmond area could expect to see two to five inches of rainfall but is not expecting any damaging winds.
RICHMOND, VA・17 HOURS AGO
WRIC - ABC 8News

One dead in Richmond crash between SUV and motorcycle

Police are investigating a two-vehicle crash in Richmond that left one person dead on Saturday evening.
RICHMOND, VA・2 DAYS AGO
WRIC - ABC 8News

Woodland Cemetery, which opened in 1917 for the internment of Black Richmond-area residents during the Jim Crow era, now has around 30,000 gravesites, including legendary tennis player and Richmond native Arthur Ashe.
HENRICO COUNTY, VA・1 DAY AGO
WRIC - ABC 8News

According to VCU Police, the robbery took place on the afternoon of Sept. 23 on the 700 block of West Main Street. The victim reported being approached by a man who tried to take their bag. When the victim resisted, the man took out a magazine from a firearm before taking the bag.
RICHMOND, VA・19 HOURS AGO
WRIC - ABC 8News

A house fire on Cary Street in Richmond displaced three people on Friday afternoon, but resulted in no injuries.
RICHMOND, VA・3 DAYS AGO