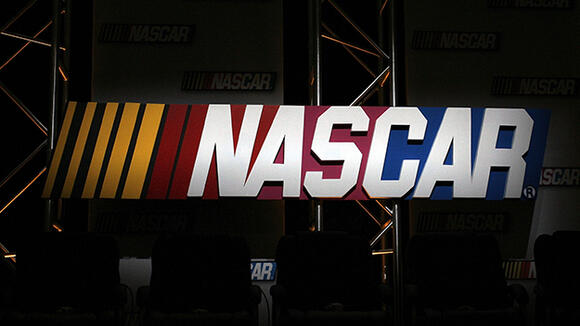 BROOKLYN, Mich. (AP) — LeBron James aims to give students at his I Promise School opportunities they may not have otherwise.

Recently, the NBA superstar's mission shifted into another gear.

James Bromsey III, a sixth-grader at James' school in Akron, Ohio, was given behind-the-scenes access before NASCAR's race Sunday at Michigan International Speedway.

It was a fitting way to celebrate a student, whose father died four years ago. James Bromsey II shared a dream with family and friends that his son would be in the Akron Soap Box Derby, an event that dates to 1934.

"My son was six months old when his dad said he was going to be in the soap box derby," Tomika Pope recalled.

Bromsey fulfilled a promise to participate in the event in June. He was awarded a VIP experience by Roush Fenway Keselowski Racing, which put a paint job on Chris Buescher's No. 17 Ford to include logos, colors and words associated with the LeBron James Family Foundation.

Bromsey rode in a pace car, climbed up the spotter's stand and had a meet-and-greet session with Buescher.

"When did you do your first flip? he asked Buescher, who said he had not flipped, but did recently have his car catch on fire. Buescher went on to tell his guests that his dad got him started in racing.

"Dad was into racing, too," Bromsey said quietly.

During a tour of RFK's hauler, which included a peek through an overhead opening at the space where the team stores its two cars, Bromsey's aunt Tracy Gholston was almost brought to tears. Gholston said her brother died in 2018, shortly after a bout with pneumonia.

"He could have led this tour," she said, choking up. "It's so emotional to see how God put this all together."

Bromsey added: "He would be telling you everything about all the cars."

Bromsey also was given access to the garage area, where he posed for pictures and pointed toward the I Promise School logo on Buescher's car. He later walked behind the Mustang as it was pushed to the track and watched as Buescher finished 16th in the 37-car race won by Kevin Harvick in the No. 4 Ford.

James is a minority owner in Fenway Sports Group, a parent company of RFK Racing. He opened the I Promise School, which is at full capacity with third to eighth-graders, four years ago in a partnership with his family foundation and Akron City Schools, aiming to support kids facing the same problems he had during a challenging childhood.

Before the race, James wished Buescher luck on Twitter and celebrated Bromsey's experience.

"For James to have this once-in-a-lifetime opportunity at the track is amazing," James said. "He's an incredible kid with a love for racing. We wanted to show him that anything is possible when you go out and chase your dreams. And with the No. 17 car representing all of us, we want all the kids from Akron to know that nothing is out of reach for them."

Did a day at the track inspire Bromsey to someday become a NASCAR driver?

"I'll stick to the soap box derby," he said, with a grin.

(AP) -- The NFL is replacing the Pro Bowl with weeklong skills competitions and a flag football game, The Associated Press has learned.The new event will replace the full-contact showcase started in 1951. It will be renamed "The Pro Bowl Games" and will feature AFC and NFC players showcasing their football and non-football skills in challenges over several days. The 2023 Games will be held in Las Vegas, and the flag football game at Allegiant Stadium is Sunday, Feb. 5.Peyton Manning and his Omaha Productions company will help shape programming and promote the event's content throughout the week. Manning, a...
LAS VEGAS, NV・2 DAYS AGO
CBS Pittsburgh

FLORHAM PARK, N.J. (AP) — Zach Wilson was back under center for the New York Jets, taking snaps and preparing to start for the first time this season."It's the happiest I've been in a month," the second-year quarterback said with a big smile Wednesday.Coach Robert Saleh announced Wilson will make his season debut at Pittsburgh on Sunday "if all goes well this week" at practice, six weeks after having knee surgery."Absolutely, yeah," Saleh said.Wilson had been ramping up workouts in recent weeks, but Saleh said Monday the Jets were waiting for the quarterback's doctors to clear him before making a...
NFL・3 HOURS AGO
CBS Pittsburgh

PITTSBURGH (KDKA) - If Najee Harris isn't making moves on the football field, he's doing it in the community. On Tuesday morning, Harris helped unveil a new grab-and-go breakfast cart at Barack Obama Academy in Pittsburgh to make sure no students are left hungry."I understand what they're going through because not too long ago I was in these bleachers," said Steelers running back Najee Harris. "Not too long ago, I was in their shoes struggling at home".According to the non-profit organization GENYOUth, about 1 in 10 Pennsylvania households are food insecure, so Harris, GENYOUth and the American Dairy Association donated...
PITTSBURGH, PA・1 DAY AGO