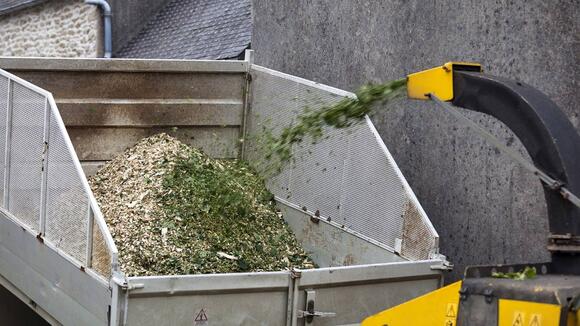 NORTH WHITEHALL TOWNSHIP, Pa. — A Pennsylvania teenager died Tuesday after he was pulled into a woodchipper, authorities said.

Isiah Bedocs, 17, of Coplay, was working for a commercial tree company when a piece of debris he was placing into the woodchipper snagged his clothing and partially pulled him into the commercial-grade machine, WCAU-TV reported.

The incident occurred in North Whitehall Township, a suburb of Allentown in eastern Pennsylvania.

The Whitehall-Coplay School District superintendent confirmed Bedocs was a student in the district but was most recently home-schooled, WFMZ-TV reported.

Troopers with the Pennsylvania State Police administered first aid before Bedocs was taken to Lehigh Valley Hospital. He was pronounced dead at 2:55 p.m. EDT, WBRE-TV reported.

The Lehigh County Coroner performed an autopsy and determined that Bedocs died due to multiple traumatic injuries sustained from the woodchipper, according to the television station.

The coroner ruled the death was accidental.

The state police, the Bethlehem Criminal Investigation Unit and the Occupational Safety and Health Administration are investigating the case, according to WCAU.

Cheryl Yewdall spent most of her life at a Philadelphia care home for people with developmental disabilities. It was there, on Jan. 26, that the 50-year-old was found face down on the floor, in a pool of urine, suffocating on a large wad of paper that had been stuffed down her throat.
PHILADELPHIA, PA・10 HOURS AGO
WSOC Charlotte

PHILADELPHIA — Police are searching for a group of teenagers shown on surveillance video looting a convenience store and jumping on vehicles in the parking lot. The Philadelphia Police Department released video of the suspects, seen going into a Wawa in the city’s Mayfair neighborhood after 8 p.m. Saturday. In a news release, police said that the suspects began looting the business as well as knocking down and throwing things around the store.
PHILADELPHIA, PA・5 HOURS AGO
WSOC Charlotte

PHILADELPHIA — The family of a 50-year-old woman who was found dead at a care home for people with developmental disabilities has filed a lawsuit claiming those responsible for her care were reckless and negligent. Cheryl Yewdall suffered from cerebral palsy, spastic diplegia, a leg length discrepancy and a...
PHILADELPHIA, PA・4 HOURS AGO
WSOC Charlotte

2 in custody after undercover Michigan state trooper shot in Detroit

DETROIT — An undercover Michigan state trooper was injured early Tuesday after gunfire erupted at a Detroit apartment complex during a narcotics investigation, authorities said. Update 10:05 a.m. EDT Sept. 27: Michigan State Police said Tuesday that the condition of an officer critically injured in a shooting earlier in...
DETROIT, MI・9 HOURS AGO

DURHAM COUNTY, N.C. — A North Carolina trooper was hurt in a crash involving a suspected drunk driver in Durham County, WTVD reported. According to State Highway Patrol, Trooper D.R. Hudson stopped a vehicle on U.S. 15-501 near Weymouth Street when another car struck the stopped car. The crashed caused both cars to rotate, and Hudson was hit and thrown into the road, troopers said.
DURHAM COUNTY, NC・1 DAY AGO
WSOC Charlotte

ROCK HILL, S.C. — A threat to a South Carolina high school was traced all the way back to a 20-year-old in Texas, according to police. Rock Hill Police say a threat of a school shooting towards Northwestern High School on Monday was discovered after it had been circulating on social media. The threat included words like “shoot up” and referred to the school as “NWHS,” according to Rock Hill police.
ROCK HILL, SC・39 MINUTES AGO
WSOC Charlotte

Kentucky man who shot classmates in '97 imprisoned for life

A Kentucky man who killed three fellow students and wounded five others when he was 14 years old will have to spend the rest of his life in prison without another opportunity to seek parole, the Kentucky Parole Board voted Monday. Michael Carneal, now 39, told parole board members last...
FRANKFORT, KY・1 DAY AGO

Channel 9 heads to Florida as Hurricane Ian hurtles toward coast

SARASOTA COUNTY, Fla. — Channel 9′s Dave Faherty is in Sarasota County, Florida as residents prepare their homes and themselves for Hurricane Ian. As of Wednesday at noon, Faherty said he started to see some rain along Venice Beach, about 60 miles south of Tampa. He saw a few people out at the beaches and said the water was very calm at that point.
SARASOTA COUNTY, FL・4 HOURS AGO
WSOC Charlotte

RALEIGH, N.C. — (AP) — Four people pleaded guilty on Monday to misdemeanors for their roles in absentee ballot fraud in rural North Carolina during the 2016 and 2018 elections. The convictions stemmed from an investigation that in part resulted in a do-over congressional election. Superior Court Judge...
BLADEN COUNTY, NC・22 HOURS AGO

STEWART COUNTY, Tenn. — This was one whopper of a catch. A Tennessee man caught a 118-pound, 7-ounce blue catfish Saturday in the Cumberland River that could break the state record for the biggest catfish caught in Tennessee, WKRN-TV reported. According to the Tennessee Wildlife Resources Agency, Micka Burkhart...
TENNESSEE STATE・2 DAYS AGO
WSOC Charlotte

TALLAHASSEE, Fla. — (AP) — Gov. Ron DeSantis declared a state of emergency for all of Florida on Saturday as Tropical Storm Ian gained strength over the Caribbean and was forecast to become a major hurricane soon on a track toward the state. DeSantis had initially issued the...
FLORIDA STATE・2 DAYS AGO
WSOC Charlotte

Hurricane Ian is forecast to make landfall Wednesday along Florida's southwest coast, bringing with it a potentially "catastrophic" 12-foot storm surge made worse by rising sea levels due to climate change. The National Hurricane Center posted a "Peak Storm Surge Forecast" Tuesday that showed that a stretch of coastline south...
FLORIDA STATE・3 HOURS AGO
WSOC Charlotte

Tracking Ian: Will it impact the Carolinas?

CHARLOTTE — Hurricane Ian strengthened into a Category 3 storm Tuesday morning as churned toward Cuba and Florida. It made landfall in Cuba as a major hurricane. Although Hurricane Ian will have weakened significantly by the time it reaches the Carolinas Friday, expect moderate impacts to your weekend. We’ll...
FLORIDA STATE・1 DAY AGO
WSOC Charlotte

Made landfall in western Cuba on Tuesday as forecasters warned it will intensify into a catastrophic Category 4 storm before it hits Florida's Gulf Coast, where hundreds of thousands of people have been ordered to evacuate. According to the National Hurricane Center, Ian made landfall southwest of the town of...
FLORIDA STATE・5 HOURS AGO
WSOC Charlotte

Why the GOP has shunned some Republicans in key races

Three Republicans running in what should be winnable races this year have been all but abandoned by the national GOP, leaving them in limbo with just over a month to go until November’s midterm elections. In Pennsylvania, state Sen. Doug Mastriano’s bid for governor is failing to gain traction....
PENNSYLVANIA STATE・2 HOURS AGO
WSOC Charlotte

Luck rubbed off from one brother to another in the Virginia lottery. Danny Mudd, of Sterling, bought a 50X the Money scratch-off ticket last month that yielded a $3 million payday, Virginia Lottery officials said in a news release. Winning appears to be a family trait. Mudd’s brother, Terry Mudd,...
VIRGINIA STATE・2 DAYS AGO