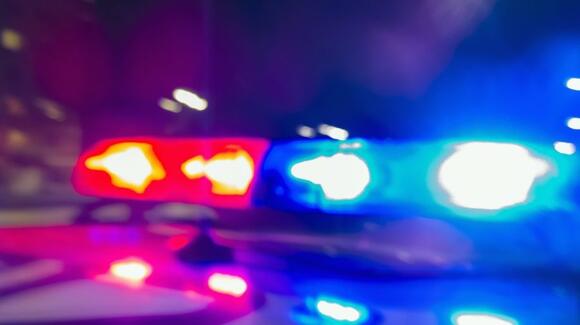 A woman went to the state police station in Somerset on June 5 to show investigators that she had a picture of the teens at a beach in South Carolina. She also showed them pictures that she believed were taken at 39-year-old Carrie Liddick’s house in Nanty Glo. Police later learned that Liddick was allegedly providing the teens with alcohol and marijuana, as well.

State police noted they contacted AT&T and requested the company ping the cell phone used by one of the teens. The pings consistently hit in Florence County, South Carolina, according to the affidavit. The Florence County Sherriff’s Office later found the teens and took them into custody.

On June 27, state police spoke with the teens back at the Somerset station. One of the teens said she ran away from her grandmother’s house on Feb. 28 and walked down the street and got into Liddick’s van. Liddick also allegedly picked up the second runaway teen from an alley by Mama Jo’s Pizza in Somerset two days after the other teen ran away.

Liddick brought both the teens back to her home in Nanty Glo. Police were told that 40-year-old Shannon Hicks, 37-year-old Joel Towers, 48-year-old Nyree Simmons and 22-year-old Rebecca Dredden were also living at the home — all of whom reportedly knew the teens were runaways.

When the police would come search for the teens, the teens said they would hide under the front stairs or go out the back window and hide under the back porch. Liddick would also allegedly take them to a Windber home when she thought police were going to come looking for them.

The teens further told police that Liddick would take them to Erie every first weekend of the month, and they would get a hotel room. Liddick would also give them weed and alcohol, according to the criminal complaint. While on the run, Liddick is also accused of using Cash App to send them money.

At one point, Towers called Liddick and told them state police were at the house and not to come back. This was right before Liddick drove them to the beach, according to the affidavit.

As a result of the investigation, Liddick as well as the four other members of the Nanty Glo Borough home are facing a slew of charges. Some of the charges include felony counts of interference with the custody of children, concealment of whereabouts of children, and endangering the welfare of children. Other charges include corruption of minors, interfering with a custody committee person, and selling/furnishing liquor to minors.

As of 4 p.m. Wednesday, Aug. 10, only Simmons and Dredden have been arraigned on their charges. An unsecured bail of $15,000 was set for both of them. Their preliminary hearings are slated to take place Aug. 22.

real question is why? why would adults help kids to this degree?? the police need to do a little more digging. there's gotta be way more to this story...

CLEARFIELD, Pa. (WTAJ) — A solar panel installer from Columbia reportedly tried to lure a teen to a motel room only to be busted by a married couple who told police they set the whole thing up. Lawrence Township police were called Sept. 20 to the area of Super 8 and McDonald’s on Clearfield-Shawville Highway […]
CLEARFIELD, PA・3 DAYS AGO
WTAJ

STATE COLLEGE, Pa. (WTAJ) — Radar-controlled speed signs have been placed along Route 3014 on Atherton Street to remind drivers of work zone speed limits. The Pennsylvania Department of Transportation (PennDOT) placed two display boards along the roadway in an effort to help curb speeding which they say is a common type of aggressive driving. […]
STATE COLLEGE, PA・3 DAYS AGO
WTAJ

LORETTO, Pa (WTAJ) — The Saint Francis University Community Blanketeers is kicking off its blanket collection starting Sept. 28. The Blanketeer group, which started in 2006, will run its blanket collection through Nov. 2 with tons of blankets being accepted for donation. In 2006, Dr. Robin Cadwallader, Dr. Margaret Kealey and Melita O’Donnell founded the […]
BLAIR COUNTY, PA・3 DAYS AGO