All news, and all that matters to you in the Austin region, plus 24-hour traffic updates, weather & more. Stream, read and download Talk 1370 AM from any computer or the Audacy app. 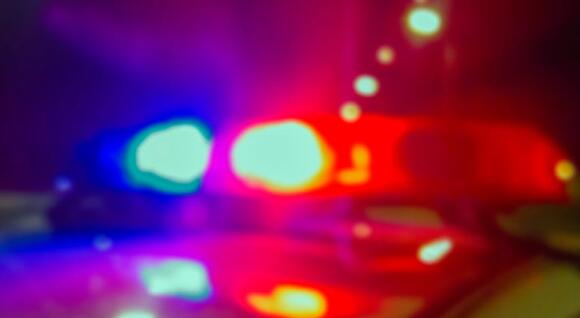 AUSTIN (Talk1370.com) -- Police are investigating after a person was killed on the city's north side Wednesday afternoon, officials said.

Austin-Travis County EMS first reported a possible auto-pedestrian crash just after 1 p.m. in the 1200 block of Kramer Lane, near Braker.

According to Austin Police, however, the male victim was not struck by a vehicle, but by some other object that caused blunt force trauma to the victim's head.

Officer Demetri Hobbs said witnesses saw a car speeding off from the scene, which is what created the confusion over a potential auto-pedestrian crash.

Hobbs said investigators are scouring the scene for additional evidence that may help in the ongoing investigation. Anyone with information is urged to call the department.

Arrest made in weekend arson cases; suspect believed to be connected to 15+ fires

Austin Fire officials say they’ve made an arrest in connection to a string of suspected arson cases in south Austin over the weekend, with the suspect believed to be responsible for at least 15 fires.
AUSTIN, TX・11 DAYS AGO
Talk Radio 1370

A fiery 18-wheeler crash shut down Interstate 35 in both directions early Tuesday morning, as crews worked to clean up the scene and re-open traffic.
AUSTIN, TX・11 DAYS AGO
Talk Radio 1370

One dead after 18-wheeler catches fire along Interstate 35 in S. Austin

One person is dead after an 18-wheeler caught fire after crashing into a pole along the northbound mainlanes of Interstate 35 in south Austin Saturday evening.
AUSTIN, TX・13 DAYS AGO
Talk Radio 1370

Two people were killed in a crash involving a large truck along Interstate 35 in downtown Austin Tuesday morning. First responders are investigating the scene.
AUSTIN, TX・25 DAYS AGO
Talk Radio 1370

Austin area drivers are paying less for gas again this week, according to AAA’s Weekend Gas Watch - with some drivers seeing prices below the $3 mark.
AUSTIN, TX・15 DAYS AGO

Austin-area gas prices continued their downward fall for the 12th straight week, falling from the all-time record reached in June of this year.
AUSTIN, TX・23 DAYS AGO
Talk Radio 1370

Thorndale ISD says it will cancel classes Wednesday after a social media threat against the district was found late Tuesday evening. Classes are expected to resume on Thursday.
THORNDALE, TX・17 DAYS AGO
Talk Radio 1370

The Greater Austin Chamber of Commerce and other Austin chambers are partnering to host candidate forums for Austin’s mayoral and council candidates ahead of November’s election.
AUSTIN, TX・19 DAYS AGO

All news, and all that matters to you in the Austin region, plus 24-hour traffic updates, weather & more. Stream, read and download Talk 1370 AM from any computer or the Audacy app.