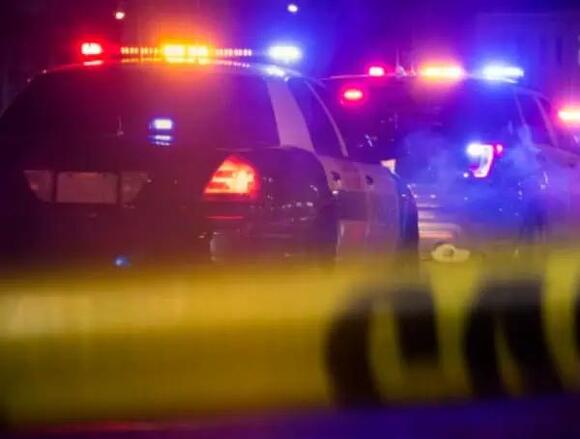 An off-duty federal law enforcement officer has died in Florida after a confrontation with sheriff’s deputies.

According to investigators, the Monroe County Sheriff’s Office responded to reports of an intoxicated, armed suicidal man at a Key Largo residence near Mile Marker 94.8 at approximately 10:42 a.m. on Wednesday.

Multiple Deputies responded, found a man at the residence, and confirmed he was armed.

The Sheriff’s Office was able to reach the man via phone after he moved away from view. The man stated on the phone he was intoxicated and was prepared to confront law enforcement.

In the news: Florida Man Charged After Taking Thousands From Senior Citizen For Work He Wouldnt Perform

The man appeared a second time and pointed a firearm at Deputies, who responded by firing at him. Deputies began first-aid, but the man was pronounced dead.

The deceased individual who was identified as 48-year-old Lane Morgan Caviness, is an off-duty federal law enforcement officer.

“Although this appears to be a suicide by cop situation,” said Sheriff Rick Ramsay, “as I always do in such cases, I have asked the Florida Department of Law Enforcement to conduct an independent investigation into this matter.”

Visit Tampafp.com for Politics , Tampa Area Local News , Sports , and National Headlines . Support journalism by clicking here to our GiveSendGo or sign up for our free newsl etter by clicking here .

Copyright 2022 The Free Press , LLC, tampafp.com . All rights reserved. This material may not be published, broadcast, rewritten, or redistributed.

First off I thank this law officer for all his services to and for we the people 💜🇺🇸🙏🏼Second I’ll just this , not that my voice my words matter but these officers see the most evil everywhere everyday! They view and see things that would traumatized we the people! I think more and more of today’s terrible crimes call for much more mental health for the officers 👮‍♀️ 👮 ! I can’t imagine seeing, dealing with such horrible crimes and not being able to vent about it or get it out of your brain!

Sometimes that job does that to people. Law enforcement is number 3 on the list of highest suicide occupations. It's very sad but sometimes it just gets to be too much.

A Florida Firefighter Paramedic assigned to the Trauma Star helicopter program has been arrested for tampering with evidence and official misconduct, according to deputies. The arrest is the result of an investigation conducted by the Monroe County Sheriff’s Office Criminal Investigations unit. “Although this is
MONROE COUNTY, FL・2 DAYS AGO
The Free Press - TFP

TAMPA, Fla. – Florida Department of Health in Hillsborough County offices and clinics are closed for regular operations starting September 26th to allow staff to focus on the emergency response to Hurricane Ian. Individuals with appointments during this time of closure will be contacted
HILLSBOROUGH COUNTY, FL・9 HOURS AGO
The Free Press - TFP

This morning, Governor Ron DeSantis issued updates on Hurricane Ian at the State Emergency Operations Center with Florida Division of Emergency Management Director Kevin Guthrie. Hurricane Ian became a Category 1 hurricane this morning and is projected to continue strengthening into a major hurricane this
FLORIDA STATE・4 HOURS AGO

Florida Governor Ron DeSantis will update the media and public on Hurricane Ian and the state’s readiness ahead of the storm. Gov. DeSantis will is scheduled to be LIVE at 2:00 pm. You can watch it in the player below. If you are in
FLORIDA STATE・4 HOURS AGO
The Free Press - TFP

Florida Schools Shut Down Ahead Of Hurricane Ian

Public schools, state colleges and universities in some areas are closing this week as Florida braces for Hurricane Ian. The state Department of Education website indicated most closures planned as of Monday morning were in the Tampa Bay area, as the storm’s track was projected
FLORIDA STATE・4 HOURS AGO
The Free Press - TFP

FEMA Administrator Deanne Criswell and the National Hurricane Center’s Acting Director Jamie Rhome will conduct a press briefing at the center in Miami to discuss the latest forecast and expected impacts for Hurricane Ian and FEMA’s response activities already underway. The NHC issued Tropical Storm and
FLORIDA STATE・6 HOURS AGO

Florida Gov. DeSantis Says “Do Not Panic, Prepare” During Update On Hurricane

Ian strengthened into a hurricane on Monday morning and is forecast to rapidly intensify into a major hurricane as it nears Western Cuba Monday night, the National Hurricane Center said. A Hurricane Watch has been issued along the West Coast of Florida from North of
FLORIDA STATE・6 HOURS AGO
The Free Press - TFP

During a press briefing on Monday, Florida Gov. Ron DeSantis said that Ian looks to be a “really big hurricane at this point,” adding that the storm’s diameter is about 500 miles wide. DeSantis said some counties in the state have started issuing evacuation notices and
FLORIDA STATE・6 HOURS AGO
The Free Press - TFP

Pasco County Closes All Schools, Offices For Remainder Of The Week For Hurricane Ian

PASCO COUNTY, Fla. – Hurricane Ian is expected to have a significant impact on Pasco County and the Tampa Bay area for several days this week.  As a result, all Pasco County Schools and offices will be closed the rest of the week –
PASCO COUNTY, FL・4 HOURS AGO

Florida Department Of Health: Refill Or Pack Your Prescriptions Now As Pre-Storm Planning

During an emergency, your access to regular health and medical services may be limited. Under Florida’s Emergency Refill Bill (Florida Statute 252.358 and 462.0275), you have access to expanded prescription refills when a State of Emergency is declared by the Governor. In addition to picking
FLORIDA STATE・1 DAY AGO
The Free Press - TFP

Florida Governor Ron DeSantis will hold a press conference on Sunday at 11:30 am. with the Florida Department of Emergency Management Director Kevin Guthrie and FEMA Regional Administrator Gracia Szczech in reference to Tropical Storm Ian. The storm, currently in the central Caribbean Sea,
FLORIDA STATE・1 DAY AGO
The Free Press - TFP

Hurricane Ian Intensifies With 85 MPH Winds As It Eyes Florida, Expected To Explode To Cat 4

Hurricane Ian has strengthened as it moves just south of Cuba. As of 2 p.m. on Monday, Hurricane Ian had sustained winds of up to 85 mph and was moving north-northwest at 13 mph, the National Hurricane Center said. Ian was located about 195 miles
FLORIDA STATE・3 HOURS AGO
The Free Press - TFP

A Florida father and daughter were arrested after a family dispute over take-out Chinese food. According to police, a woman dialed 911 to report a disturbance and when police arrived, the woman’s son claimed he had been in an altercation with both his father, 51-year-old
FLORIDA STATE・4 DAYS AGO
The Free Press - TFP

Florida’s senators are pushing for tougher sentences for those who cause fentanyl overdoses, including the death penalty if a supplier is convicted of first-degree murder. U.S. Sens. Marco Rubio and Rick Scott are among the 14 GOP sponsors of the “Felony Murder for Deadly
FLORIDA STATE・3 DAYS AGO
The Free Press - TFP

Florida SERT At Level 1 Activation Ahead Of Tropical Storm Ian

This morning the State Emergency Operations Center is activated to a Level 1 to respond to Tropical Storm Ian. During this full-scale activation, FL SERT is fully staffed by Division personnel and all Emergency Support Functions. Due to potential impacts from Ian, all 67 Florida
FLORIDA STATE・21 HOURS AGO
The Free Press - TFP

ZooTampa To Be Closed Tuesday Through Thursday For Hurricane Ian