Pilot who died in plane crash near Centennial Airport identified 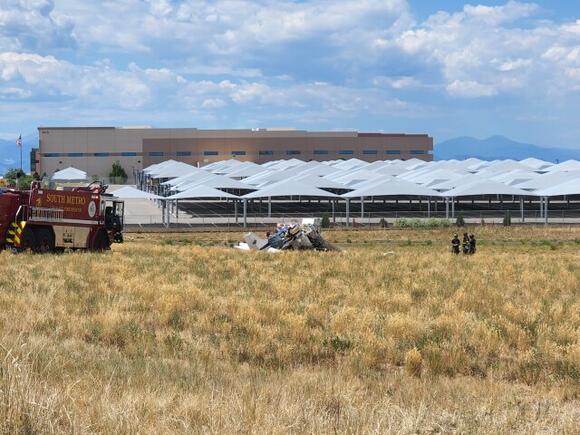 DOUGLAS COUNTY, Colo. — A coroner has identified the pilot who died in a small, single-engine plane crash east of Centennial Airport on Tuesday afternoon.

The Douglas County Coroner’s Office identified the pilot as 57-year-old James Shumway, of Parker. Shumway was the only person in the plane.

An autopsy has been scheduled and the coroner will rule on the cause and manner of death after the investigation is complete.

On Tuesday afternoon, South Metro Fire Rescue (SMFR) and the Douglas County Sheriff's Office responded to the crash, which happened near a FedEx facility north of E-470 and west of the S. Chambers Road exit, after a person called 911 around 12:50 p.m., said Eric Hurst, public information officer with SMFR.

Hurst said the plane crashed a few seconds after takeoff from the Centennial Airport.

The National Transportation Safety Board will investigate the cause of the crash.

No buildings or passing people or vehicles were damaged.