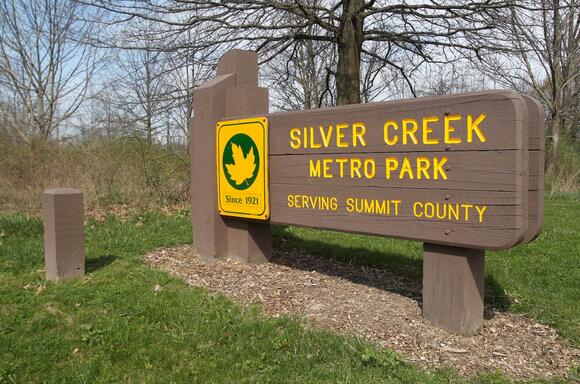 Dog swim days at Silver Creek Metro Park in Norton remain canceled due to an algae bloom in the lake that can be harmful to dogs.

Summit Metro Parks Marketing and Public Relations Manager Claire Merrick said the harmful algal bloom, or HAB, was first observed July 6. Dog swim days at Silver Creek were immediately suspended, as the next dog swim day would have been July 7 .

The lake at Silver Creek remains open for other recreational water activities like boating, paddling and fishing.

The blooms require specific conditions, including warm temperatures and sunlight, along with phosphorus and nitrogen, which are commonly found in animal and human waste and in fertilizers. They can enter lakes and streams from agricultural and residential lawn runoff, improperly functioning septic systems and erosion of nutrient-rich soil.

“Hot, dry conditions followed by rains typically cause blooms like this one,” Merrick said. “Additionally, these blooms are caused by the overfeeding of algae after rain events washing surplus nutrients into the water system, such as phosphorus, nitrogen and carbon, [that] give the cyanobacteria exactly what it needs to cause the overabundant harmful algal blooms. This indicates the water body at this present time is out of ‘balance’ from its typical stasis.”

What effect do harmful algae blooms have on people and pets?

According to ODH , the blooms can produce toxic chemicals in the form of neurotoxins (nervous system), hepatotoxins (liver) and dermatoxins (skin). People and pets can be exposed by touching harmful algae blooms, swallowing water with cyanotoxins or breathing in water droplets.

According to the Ohio EPA, algae blooms are especially dangerous to pets and livestock, with signs and symptoms in them including lethargy, vomiting, diarrhea, weakness, pale mucous membranes, muscle tremors, rigidity, respiratory distress, convulsions and death.

Time can be critical Ohio EPA says, because some exposures can produce life-threatening illnesses within a half-hour of ingestion. Pet owners should contact their veterinarian as soon as possible if pets or livestock become ill.

According to the Ohio EPA, people should keep pets and livestock out of water with algae blooms and not let pets eat algae off the beach. If pets do enter water with an algae bloom, owners should rinse them off well so they don’t lick any algae off their fur or skin.

“Blooms of blue-green algae can be toxic to canines when ingested,” Merrick said. “The toxin threshold of dogs is much lower than humans, and their likelihood of ingesting water is significantly greater, which is why dog swimming is closed when a bloom is present regardless of testing.”

When can dogs swim again at Silver Creek Metro Park?

Merrick said testing occurs after a suspected algae bloom is observed or reported, as Summit Metro Parks doesn’t do routine water tests without the suspected presence of algae. A lake water sample was confirmed to be positive for blue-green algae by the park district’s conservation department’s internal testing, but Merrick said the park district doesn’t measure the toxin levels of the bloom.

“As soon as algae is observed, we err on the side of caution and suspend dog swim days for the safety of our canine visitors,” she said.

The bloom is affecting the entire lake, as wind and weather move the bloom to different areas of the lake, she said.

Merrick said there’s no way to treat the bloom, which she said “must flush out naturally.”

Dogs will be able to resume swimming when the bloom is no longer visible.

According to Summit Metro Parks , a bathhouse and the 50-acre lake, fed by a spring from an old mine near Wall Road, were built at the 1,008-acre Silver Creek Metro Park in the early 1990s. The site of the park was previously the Harter Dairy Farm, and the park district acquired the land in 1966.

The rules for dog swim days include: