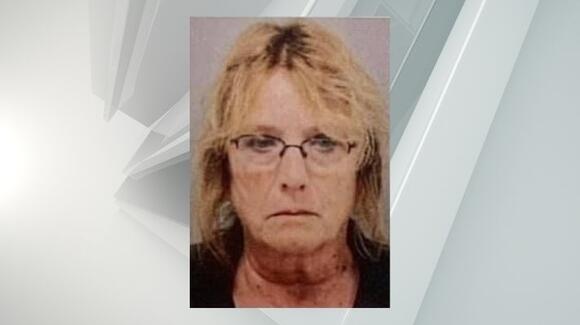 CAIRO, N.Y. ( NEWS10 ) — Two people from Cairo have been indicted for allegedly trying to decapitate a dog in the summer of 2021. Both Pauline Waldron and James Waldron pleaded not guilty to the charges.

Get the latest news, weather, sports and entertainment delivered right to your inbox!

Pauline Waldron was arrested and charged with aggravated cruelty to animals by the Greene County Sheriff’s Office after the incident in 2021. She is accused of trying to decapitate her dog , Peaches, with a sword. She also allegedly stabbed Peaches several times and waited eight hours before bringing her to Catskill Animal Hospital.

The Sheriff’s Office said there were five other dogs in the home at the time of her arrest. They were turned over to the Columbia-Greene Humane Society.

Peaches underwent emergency surgery at Catskill Animal Hospital before being transferred to a specialist veterinary clinic. She was later put up for adoption after making a full recovery .

The Greene County District Attorney’s Office said they both have 45 days to file motions. A new court date will be scheduled after that.

All animal abusers need stiff punishments to end this from happening! Why get an animal if it's not to love and treat like a family member? I

how sick is her mind to even think of doing something so evil to something so innocent, I do hope that wherever she goes they let her know how much our pets ( fur- children) mean to us.

Why do people like this get animals? Being a rescue dog mom it breaks my heart to know the kind of life the poor baby had. They should go away for a very long time

Saugerties Police responded to a complaint of a suspicious female rifling through cars outside of Formisano Bakery in mid-July. Subsequent to the investigation, female Kristen Jones, 27 was taken into custody.
SAUGERTIES, NY・8 HOURS AGO
NEWS10 ABC

An Albany man will spend decades in prison after admitting to a fatal shooting.
ALBANY, NY・22 HOURS AGO

A Duanesburg man was arrested last Sunday, after taking a family member's car without permission and not returning it. Thomas Croote, 40, was taken to the Princetown State Police Department for processing and was issued two appearance tickets to court to return at a later date. Croote was then turned over to the Schenectady County Sheriff's Office for pending charges.
DUANESBURG, NY・2 DAYS AGO

The town of Colonie is issuing a warning after an increase in sick or dead waterfowl have been found by the pond at The Crossings.
COLONIE, NY・1 DAY AGO
NEWS10 ABC

NYSP: Man arrested for rape on top of previous charges

A Florida man will face several charges in Cobleskill Town Court next month after he allegedly stole a car and crashed it into a ditch.
COBLESKILL, NY・2 DAYS AGO

A North Carolina felon was sentenced today to 52 months in prison for illegally possessing a loaded pistol as a felon. Duquan McLeod, 32, of Rockingham, North Carolina, was arrested by Schenectady police in March and pled guilty to multiple criminal possession of a weapon charges.
SCHENECTADY, NY・2 DAYS AGO
NEWS10 ABC

A Berkshire Superior Court jury found two people guilty of first-degree murder, relating to the murder of 18-year-old Jaden Salois. Brothers Chiry Omar Pascual-Polanco, 26, and Carlos Pascual-Polonco, 22, both of Pittsfield, could face life in prison, but will be sentenced at a later date. A third co-defendant, Dasean Smith, 24 of Pittsfield, is also charged with murder and will be tried separately.
PITTSFIELD, MA・2 DAYS AGO

A surveillance photo from the TD Bank on Central Avenue in Colonie was released by police Wednesday night, in hopes that someone might recognize the man who is accused of robbing the financial institution last week.
COLONIE, NY・2 DAYS AGO
NEWS10 ABC

Harris is said to have saved five lives from the upstairs apartment. The city acknowledging his actions with a citation.
WATERVLIET, NY・1 DAY AGO
NEWS10 ABC

Schenectady police are investigating a shooting in the area of Craig Street and Delamont Avenue.
SCHENECTADY, NY・2 DAYS AGO