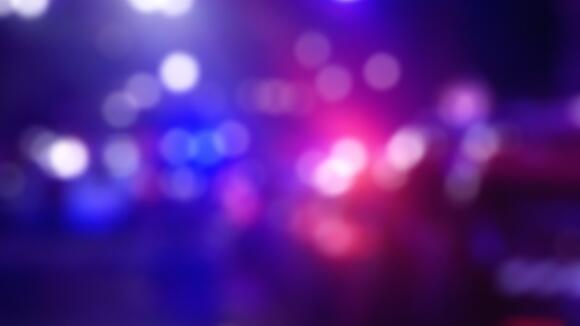 BLAIR COUNTY, Pa. (WTAJ)– Charges have been filed against an Altoona man after he smacked a woman across the face causing her to drop a 3-month-old child she was holding during an argument, police report.

On Friday, Aug. 5, Altoona police were called to the 2000 block of 5th Avenue for a report of a physical domestic. After police arrived they were told by the woman that 23-year-old Dylan Riscigno had struck her multiple times, according to the charges filed.

While speaking to the woman, police learned that the argument between the her and Riscigno was over him leaving the residence. The woman told police that at one point Riscigno slapped her face which caused her to drop the infant she was holding on its head.

According to the charges filed, police were told that after the woman shielded the baby from anymore harm, Riscigno then continued to hit her two more times with his fist before he left the residence.

Police then spoke to two witnesses that were both sitting on the porch during the argument. One witness told police they were in the kitchen when the arguing was going on but went outside to sit on the porch and that’s when they heard the child hit the floor. The other witness said that they heard Riscigno yell “get back b****” and then screaming followed by a loud thud, the criminal complaint reads.

Riscigno faces charges of endangering the welfare of children, recklessly endangering another person and harassment.

Riscigno is in Blair County Prison with bail set at $40,000 and has a preliminary hearing set for Aug. 17

Cops investigate another report of $12k stolen from Skills machine

CLEARFIELD COUNTY, Pa. (WTAJ) — State police are investigating a second theft case involving a Skills machine, though this time, it’s in Clearfield County. Sometime between July 26 at 7:05 to 8:05 p.m., someone stole approximately $12,000 from a Skills machine at a building along Walton Street in Decatur Township, according to troopers. Just yesterday, […]
CLEARFIELD COUNTY, PA・2 DAYS AGO
WTAJ

CLEARFIELD, Pa. (WTAJ) — A solar panel installer from Columbia reportedly tried to lure a teen to a motel room only to be busted by a married couple who told police they set the whole thing up. Lawrence Township police were called Sept. 20 to the area of Super 8 and McDonald’s on Clearfield-Shawville Highway […]
CLEARFIELD, PA・2 DAYS AGO
WTAJ

SOMERSET COUNTY, Pa. (WTAJ) — State police in Somerset are asking anyone with information on a stolen inoperable Ford truck to come forward to help solve the case. State police were told the theft took place sometime between Aug. 18 at 10 p.m. to Aug. 22 at 6:30 p.m. at the 14700 block of Main […]
SOMERSET COUNTY, PA・2 DAYS AGO
WTAJ

UNIVERSITY PARK, Pa. (WTAJ)– A Penn State University professor is facing charges for stalking a woman on campus, according to charges filed by university police. On fifteen different instances, Brandon Schwartz, 36, of Lemont, followed a woman, and would go quickly up the stairs behind them, with his cell phone out, police wrote in the […]
STATE COLLEGE, PA・3 DAYS AGO

CLEARFIELD COUNTY, Pa. (WTAJ) – At a recent Clearfield Borough Council meeting, there were talks about hiring crossing guards for Downtown Clearfield. During the last meeting, Clearfield Borough Police talked about two separate hotspots where several individuals have received citations for failing to stop for school buses and kids crossing the street. The two spots […]
CLEARFIELD COUNTY, PA・2 DAYS AGO
WTAJ

Huntingdon County Blair Building to be torn down

HUNTINGDON, Pa. (WTAJ) — After previously announcing plans to refurbish the property, the Blair House Building in Huntingdon is being demolished. Huntingdon Borough Council President, Jim Bair, said with the current state of the building, the former apartment complex cannot be revitalized. The planned restoration project was originally estimated to cost $10,000,000. Bair said the […]
HUNTINGDON COUNTY, PA・2 DAYS AGO
WTAJ

STATE COLLEGE, Pa. (WTAJ) — Radar-controlled speed signs have been placed along Route 3014 on Atherton Street to remind drivers of work zone speed limits. The Pennsylvania Department of Transportation (PennDOT) placed two display boards along the roadway in an effort to help curb speeding which they say is a common type of aggressive driving. […]
STATE COLLEGE, PA・2 DAYS AGO
WTAJ

HUNTINGDON COUNTY, Pa. (WTAJ) — Hundreds of community members spent their Wednesday volunteering for the Huntingdon County United Way‘s annual Day of Caring. Volunteers gave their time to various different public service projects throughout the county on Wednesday, Sept. 21. “It’s an awesome opportunity for the children to participate in, and the adults,” Administrative Assistant […]
HUNTINGDON COUNTY, PA・2 DAYS AGO

BLAIR COUNTY, Pa (WTAJ) – The James E. Van Zandt VA Medical Center will be hosting a virtual caregiver resource fair Friday. On Friday, September 23 from 10 a.m. to 1 p.m. the resource fair will be held virtually and is open to the public. Those looking to attend the virtual fair should use the […]
ALTOONA, PA・2 DAYS AGO
WTAJ

LORETTO, Pa (WTAJ) — The Saint Francis University Community Blanketeers is kicking off its blanket collection starting Sept. 28. The Blanketeer group, which started in 2006, will run its blanket collection through Nov. 2 with tons of blankets being accepted for donation. In 2006, Dr. Robin Cadwallader, Dr. Margaret Kealey and Melita O’Donnell founded the […]
BLAIR COUNTY, PA・2 DAYS AGO
WTAJ

STATE COLLEGE, Pa. (WTAJ) – A State College band is taking their talents to Louisville, Kentucky on Friday, Sept. 23 to play at the Louder Than Life music festival. The Group will be playing from 5:30 to 6:30 on Friday, September 23. Befell came to be when Bruce Boring (vocals and guitar) and Mitch Caprio […]
STATE COLLEGE, PA・3 DAYS AGO
WTAJ

Penn State to create bicycle plan to better the campus

CENTRE COUNTY, Pa (WTAJ) – Penn State is working to create a bicycle master plan for the University Park campus. The plan is to outline strategies that will enhance the biking experience to and from, and around campus. Throughout this process, Penn State will engage with students, faculty, and staff, evaluate the current landscape of […]
STATE COLLEGE, PA・2 DAYS AGO
WTAJ

UNIVERSITY PARK, Pa. (WTAJ) — When Penn State hired Manny Diaz it came with the promise of aggression and turnovers, which came to fruition on Saturday when Penn State had four takeaways against Auburn. Freshmen Zakee Wheatley has made an early impact this year with two of Penn State’s five turnovers, which includes a crucial forced […]
STATE COLLEGE, PA・2 DAYS AGO