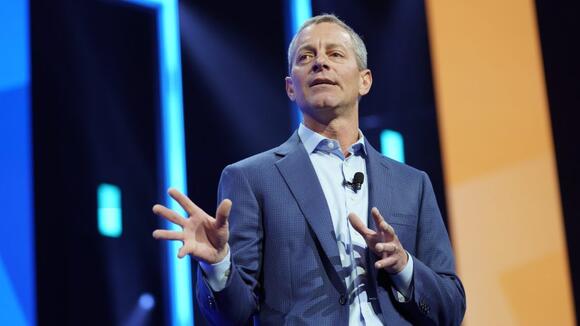 DENVER ( KDVR ) — After news that Joe Ellis was stepping down as the CEO of the Denver Broncos, it was announced Wednesday that one of the new owners of the team will take over those responsibilities.

During an introductory press conference , owner Rob Walton announced his son-in-law and fellow owner Greg Penner will take over the role. Penner is also the chairman of the board at Walmart.

Ellis announced he will serve as an advisor to Penner and the other owners for the rest of the season.

Penner said the ownership group will work to hire a team president. “Everybody’s going to be involved,” Penner said at an introductory news conference Wednesday.

According to Penner, he will be the main point person for the six-person ownership group.

Joe Ellis stepping down as Broncos president and CEO

“We’re going to learn from both of them, I think it’s going to be a really good relationship,” Penner said.

Penner would not comment on getting a long-term contract done with new quarterback Russell Wilson but pointed out his leadership and his excitement that the organization traded for the Super Bowl champion prior to the purchase.

When asked about the future of Empower Field at Mile High, Penner said, “we don’t have a view on that yet.”

“At this point, Empower Field at Mile High is a terrific facility,” Penner said they have time to make considerations considering the ten years left on the team’s lease on the stadium.

Here is a look at who is a part of the ownership group:

Penner said the sale officially closed Wednesday morning, so there are still a lot of moving parts and analysis to be completed.

The Denver Broncos beat the San Francisco 49ers 11-10 on Sunday night in what some called an "ugly" game.
DENVER, CO・2 DAYS AGO
FOX31 Denver

Randy Rich was blessed to have played on the 1977 Super Bowl XII team standing at 5’9″ and 180 lbs as a defensive back for the Denver Broncos and the Cleveland Browns. He was told by many including his football couch that he wouldn’t make as a football. He’s using his personal story today to […]
DENVER, CO・2 DAYS AGO
FOX31 Denver

Russell Wilson: ‘I think we can be unstoppable’

When it comes to rhythm this offense is dancing with two left feet, but even averaging just 14 points through three games—there have been promising glimpses.
DENVER, CO・1 HOUR AGO
FOX31 Denver

After the Broncos' 11-10 victory over the San Francisco 49ers, a win like that might be enough to create momentum going forward.
DENVER, CO・8 HOURS AGO

Peyton Manning will have a role in Pro Bowl Games

The National Football League is replacing the Pro Bowl with a full week of skills competitions and a flag football game.
LAS VEGAS, NV・2 DAYS AGO
FOX31 Denver

The Aurora Police Department has arrested two people in connection to a shooting the left a 39-year-old man dead.
AURORA, CO・1 DAY AGO
FOX31 Denver

Two men have been identified in connection to a shooting at a Lakewood car wash that killed a Denver man.
LAKEWOOD, CO・1 DAY AGO
FOX31 Denver

The Thornton Police Department has arrested a 28-year-old man in connection to an attempted abduction that happened outside of STEM Launch around 7:30 a.m. on Sept. 23.
THORNTON, CO・1 DAY AGO

A fight involving the custody of a couple's children is what led up to the shooting and killing of an Arvada police officer, an arrest affidavit said.
ARVADA, CO・2 DAYS AGO
FOX31 Denver

Colorado restaurant named 1 of top hidden gems in US

Tripadvisor released its 2022 Travelers' Choice Awards on Tuesday for the best restaurants. On one of those lists is a restaurant in Burlington.
BURLINGTON, CO・1 DAY AGO
FOX31 Denver

KATHMANDU, Nepal (KDVR) — The body of a world-renowned professional ski mountaineer from Telluride was recovered in Nepal Wednesday. Hilaree Nelson, 49, was skiing down from the summit of Mount Manaslu with her partner Jim Morrison when she triggered a small avalanche, was swept off her feet, and carried down the mountain, according to Morrison.
TELLURIDE, CO・1 DAY AGO

Teen could be facing several charges after crashing into home

Deputies with the Douglas County Sheriff's Office said Monday that the teen behind the wheel of a car that crashed into a home over the weekend could be facing several charges.
DOUGLAS COUNTY, CO・2 DAYS AGO
FOX31 Denver

Woman in police car hit by train released from hospital

A woman who was in the backseat of a police car when a train crashed into it has been released from the hospital.
GREELEY, CO・1 DAY AGO
FOX31 Denver

Rocky Mountain National Campground is filled with people looking for fall colors and elk during mating season and Moraine Park Campground, the park's largest, is full of people enjoying the season. But the campground will close in the spring, and when it reopens in 2024 it will be noticeably different.
TRAVEL・2 DAYS AGO
FOX31 Denver

Many people living in Colorado have family and friends that live in Florida. Hurricane Ian made landfall on Wednesday as a Category 4 storm.
FLORIDA STATE・8 HOURS AGO

Investigators found an "inadequacy of effort" in the work of a former child caseworker, who's come under scrutiny since she was charged with filing a false report against a political rival.
ARAPAHOE COUNTY, CO・2 DAYS AGO
FOX31 Denver

A Castle Rock family is sharing their story of hope after their baby was born at 23 weeks.
CASTLE ROCK, CO・1 DAY AGO
FOX31 Denver

More than 10 pieces of Victorian furniture stolen in Weld County

The Weld County Sheriff's Office is asking for the public's help in the theft of Victorian furniture taken from a self storage business on Sunday.
WELD COUNTY, CO・1 DAY AGO