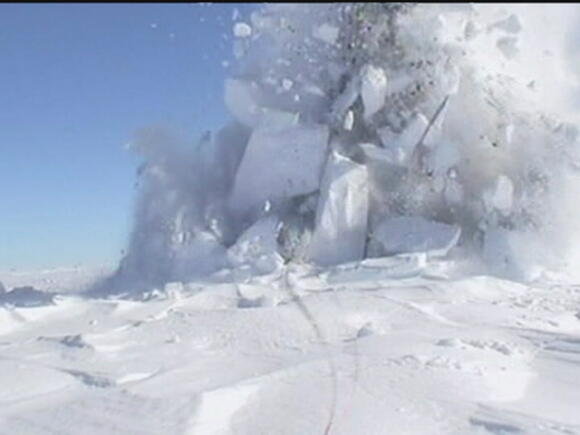 The collapse of Antarctica’s “sleeping giant” could cause planetary-scale change in the coming centuries, according to a new warning from scientists .

The research, by an international team of scientists, was published on Wednesday in the academic journal Nature.

The team points out that this potentially catastrophic outcome of global heating could be avoided if the world meets the goals of the 2015 Paris Agreement. Nearly every country signed up to the pact to play their part in limiting global temperature rise to 1.5 degrees Celsius, or at least “well below” 2C.

The planet has currently warmed around 1.1C since the beginning of the Industrial Revolution. With greenhouse gas emissions, largely caused by burning fossil fuels, continuing unabated, the planet is on track to hit 2.7C by 2100.

However, research showed that if global temperatures remains well below 2C, the East Antarctic sheet is predicted to add less than half a metre to sea-level rise by the year 2500.

If dramatic cuts are made to emissions, then it’s projected that the “sleeping giant” -- which holds the majority of glacier ice on Earth -- will likely not add to sea-level rise in the coming decades.

Though, some sea-level rise will still be unavoidable due to melting in West Antarctica and the Arctic region. Notably, the window of opportunity to avoid awakening the “sleeping giant” is fast-closing, the scientists warned.

The team looked at how the EAIS behaved during warm periods in Earth’s past, and analysed existing studies to project how future emissions levels will take a toll across the coming centuries.

“A key lesson from the past is that the EAIS is highly sensitive to even relatively modest warming scenarios. It isn’t as stable and protected as we once thought,” said co-author Professor Nerilie Abram, from the Australian National University’s Research School of Earth Sciences.

“Achieving and strengthening our commitments to the Paris Agreement would not only protect the world’s largest ice sheet, but also slow the melting of other major ice sheets such as Greenland and West Antarctica, which are more vulnerable to global warming.”

“We understand the Moon better than East Antarctica. So, we don’t yet fully understand the climate risks that will emerge from this area,” Professor King said.

Professor Abram said that scientists once thought that East Antarctica was less vulnerable to the climate crisis than other polar regions - but that was no longer the case. Keeping the planet well below 2C is critical.

“This means the fate of the world’s largest ice sheet very much remains in our hands,” she added.

makes me wonder why people like Obama a d others spend millions of dollars on beachfront properties... you think they would know better or is it that they know something we don't

They been saying this for over 20 years! Al Gore said by now Net York and Miami would be under water by now🙄

A devastating fire has charred several of the world-famous statues at Easter Island in Chile, officials have said.The country’s cultural heritage undersecretary, Carolina Pérez Dattari, said that the blaze that started on Monday engulfed an unknown number of statues — also known as moai — and affected nearly 60 hectares of land.The moai were carved by a Polynesian tribe more than 500 years ago. Easter Island has nearly 1,000 of these statues.Ariki Tepano, a Ma’u Henua park community director, said that the damage was “irreparable and with consequences beyond what your eyes see”. New Zealand’s Stuff quoted him...
ACCIDENTS・1 HOUR AGO