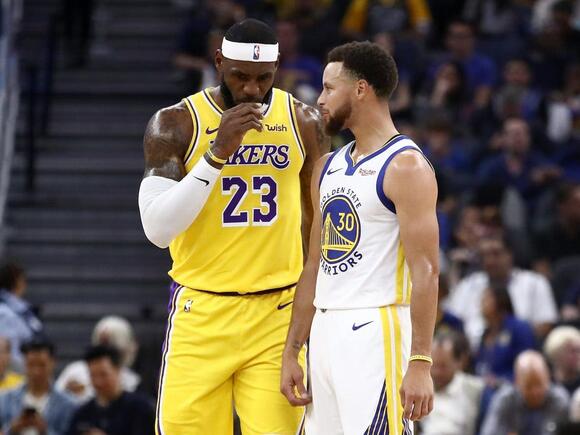 The Golden State Warriors have announced their preseason opponents and dates

It was only a few months ago that the Golden State Warriors hoisted the Larry O’Brien Trophy at TD Garden in Boston, Massachusetts back in June.

It’ll only be another month-and-a-half until they’re back in the hardwood.

Wednesday morning, the Golden State Warriors announced their preseason schedule for the 2022-23 NBA season. Amongst the five-game slate, the Warriors will see the Denver Nuggets and the rival Los Angeles Lakers ahead of the regular season. They’ll also take a trip to Japan to take on the Washington Wizards.

Up first for the Warriors will be a trip to Asia as they’re primed to take on Washington twice in Japan. Golden State has been partnered with Rakuten, a Japanese tech company, since 2017 as the Warriors jersey branding sponsor. This will be the first time Japan has hosted an NBA game since 2019 and will facilitate a 30-year relationship between the league and country.

Heading back to the states, the Warriors will host the Lakers on Oct. 9 in their first of 3 home preseason games. In the 2021-22 regular season, the Warriors boasted a 3-1 record over Los Angeles, which failed to make the playoffs last season.

After taking on the Portland Trailblazers on Oct. 11, the Warriors will wrap up the regular season against Denver. The Warriors last saw the Nuggets in the first round of the Western Conference playoffs, winning the series in five games on their way to an NBA title.

The regular season schedule has not yet been released but is expected to be unveiled soon.

You read this headline correctly.
SAN FRANCISCO, CA・2 DAYS AGO
Inside The Warriors

The Golden State Warriors and Washington Wizards put on a show in their Japan pre-season contest
SAN FRANCISCO, CA・1 DAY AGO
Inside The Warriors

Steph made sure Suga felt like an honorary member of the Warriors
SAN FRANCISCO, CA・1 DAY AGO
Inside The Warriors

The Splash Brothers put on a show in Tokyo, Japan
SAN FRANCISCO, CA・8 HOURS AGO
Inside The Warriors

Steph reminded ESPN that their Golden State Warriors predictions have been way off
SAN FRANCISCO, CA・1 DAY AGO
On3.com

This Miami Hurricanes commitment shares his thoughts on where UM's program stands and also updates his own recruiting status.
MIAMI, FL・31 MINUTES AGO

For 30 years, executive, mom, women’s advocate and conservative political activist Lourdes Castillo has been a fixture in Miami’s business and civic circles, either behind the scenes or at the forefront of the city’s development as an epicenter of Hispanic and Latin American commerce.
MIAMI, FL・34 MINUTES AGO
The Columbus Dispatch

Have more comments, questions? Reach out to me at bwhite1@dispatch.com. Hey Brian: I finally agree with Lebron James on something. The Ohio State black uniforms are sick. Oh wait, I thought he said, "make me sick." Why OSU continues to mothball one of the most iconic looks in all of sports for big games is alternately frustrating and maddening. Do the "kids" really like them all that much? If they're so great, then why not just make the switch and wear them all the time? Because they are not so great. It's all really about the Nike money.
COLUMBUS, OH・34 MINUTES AGO
WBEN 930AM

The NFL Players Association has fired the unaffiliated neurotrauma consultant who evaluated Miami Dolphins quarterback Tua Tagovailoa after he stumbled off the field against Buffalo last weekend.
NFL・8 MINUTES AGO