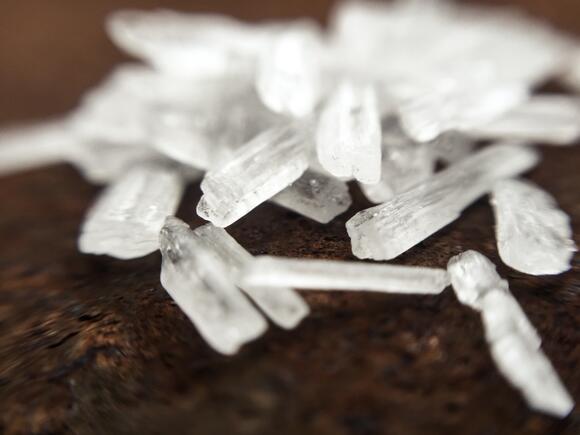 KANSAS (KSNW) – A man has been sentenced in connection to an international drug ring that distributed “large quantities of methamphetamine, heroin, cocaine, and marijuana from Mexico in the Kansas City area.”

According to a news release sent out by the U.S. Department of Justice (DOJ), 48-year-old Aron Rodriguez-Posada pleaded guilty to one count of conspiracy to possess with intent to distribute 50 grams or more of methamphetamine in January of 2021.

Rodriguez-Posada, who is a citizen of Mexico, was sentenced to 100 months in prison, just over eight years.

In Oct. 2019 , a trooper with the Kansas Highway Patrol stopped a truck carrying vehicles in Meade. After receiving consent to search, the trooper located approximately 35 pounds of methamphetamine in the gas tank of one of a white Buick while “utilizing a scope.” The car was scheduled to be delivered to a Dollar General store in Kansas City, Kansas.

Kansas news: Headlines from Wichita, Topeka and around the Sunflower State

Drug Enforcement Administration (DEA) agents then conducted a controlled delivery to that destination with the methamphetamine. Rodriguez-Posada, along with Jovany Medina, 24, of Kansas City, attempted to take possession of the Buick. They were both arrested.

In July of 2022, Medina was sentenced to 144 months (12 years) in prison after he pleaded guilty to one count of conspiracy to possess with intent to distribute 50 grams or more of methamphetamine.

The DOJ notes that back in 2014, Rodriquez-Posada pleaded guilty to one count of “unlawful reentry subsequent to removal after admitting to returning to the U.S. after being removed for illegal entry.”

A former Kansas City, Kansas police officer's license was revoked after he pleaded guilty after paying a woman for sex while on the job.
KANSAS CITY, KS・2 HOURS AGO
FOX4 News Kansas City

Teenager recovering from stabbing in the Northland

Dozens of cars busted, broken into at Raytown apartments

Dozens of drivers woke up to a surprise at the Flats at Wildwood Apartments in Raytown, Missouri.
RAYTOWN, MO・2 HOURS AGO
FOX4 News Kansas City

PLEASANT GROVE, Kan. — The Douglas County Sheriff is looking for the owner of a runaway miniature horse seen south of Lawrence. Sheriff Jay Armbrister saw the mini-horse near Pleasant Grove as it made its way onto U.S. 59 Highway. The black and white horse is a bit stubborn, [Armbrister] said, and we need your […]
DOUGLAS COUNTY, KS・9 HOURS AGO
FOX4 News Kansas City

You've heard of stolen cars, now Kansas City, Missouri is dealing with a new problem on the rise. Someone stealing your entire home.
JACKSON COUNTY, MO・1 DAY AGO

Belton police: No shooter, no injuries at warehouse

Belton, Missouri, police investigated a report of an active shooter at a warehouse Tuesday, but didn't find a gunman or victims.
BELTON, MO・1 DAY AGO
FOX4 News Kansas City

Kansas City Police Department announced Sunday that the department has changed its approach when it comes to property crimes investigations.
2 DAYS AGO
FOX4 News Kansas City

Three people, including a child under the age of five, were shot Monday inside a Kansas City home at 26th Street and Hardesty Avenue.
KANSAS CITY, MO・1 DAY AGO
FOX4 News Kansas City

An Olathe, Kansas couple's love of America and the Kansas City Chiefs has them facing unknown fines from their HOA.
OLATHE, KS・22 HOURS AGO
FOX4 News Kansas City