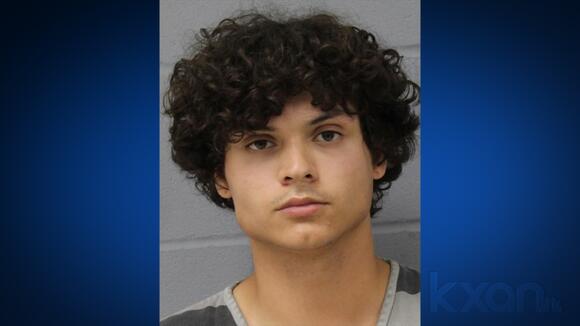 AUSTIN (KXAN) — Austin Police have arrested an 18-year-old after they found a man dead Wednesday from “blunt force trauma to the head” outside of a store in north Austin.

Police said first responders initially believed a vehicle struck and killed the man because one sped away close to 1 p.m., which Austin-Travis County EMS tweeted about Wednesday afternoon. However, officers said a car did not hit the victim.

When officers arrived, they found the victim, identified as Josue Salazar, lying on the ground, unresponsive with apparent trauma. Salazar was pronounced deceased at 1:10 p.m.

Homicide detectives and Crime Scene Specialists investigated the scene. Preliminary investigation revealed that Jose Alberto Lopez-Mederos arrived in a vehicle, walked up to Salazar, and hit him repeatedly with a baseball bat which caused his death, according to a press release from APD.

An arrest warrant was issued for Lopez-Mederos for first-degree murder. Members of the Lonestar Fugitive Task Force/Marshal’s Office arrested Lopez-Mederos at 15212 Valerian Tea Drive for the murder warrant.

This case is being investigated as Austin’s 47th homicide of 2022.

The Austin Fire Department also responded to the scene.

The Austin Police Department held a briefing Friday afternoon after a SWAT response turned into a police shooting near the 6100 block of Fairway Street, which is close to East Riverside Drive and Montopolis Drive.
AUSTIN, TX・2 DAYS AGO
KXAN

The crash involved an Austin Police Department car and another vehicle. It happened on Burnet Road near the Highway 183 overpass.
AUSTIN, TX・1 DAY AGO
KXAN

3 injured in I-35 crash Saturday night in north Austin

A man was arrested Sunday by the Austin Police Department and charged with aggravated assault with a deadly weapon.
AUSTIN, TX・3 DAYS AGO

The Austin Police Department identified one of its officers who was killed in an off-duty motorcycle crash in Liberty Hill Friday morning.
LIBERTY HILL, TX・2 DAYS AGO
KXAN

Police posted a video of the incident. It shows a car leaving the gas station parking lot and striking a person walking beside the road.
ROUND ROCK, TX・3 DAYS AGO
KXAN

The Texas Department of Public Safety is investigating a two-vehicle crash in eastern Travis County that sent a teen and an adult to the hospital late Thursday night.
AUSTIN, TX・2 DAYS AGO
KXAN

She woke up to the sound of smoke alarms going off, smelled smoke and found a fire downstairs, then called 911. She gave the phone to her parents and woke up her little sister.
CEDAR PARK, TX・2 DAYS AGO
KXAN

On Thursday, the Travis County Sheriff’s Office said it made an arrest in connection to a threat against an area school Monday.
TRAVIS COUNTY, TX・3 DAYS AGO
KXAN

Water leak cost a local family hundreds of dollars while out of town; what they want you to know

Pflugerville resident Jon Browning explained he typically pays a little over $70 for their water use every month, but in September, just one bill was $439.94.
PFLUGERVILLE, TX・6 HOURS AGO
KXAN

1 adult transported from rollover wreck on I-35

AUSTIN (KXAN) — Austin-Travis County EMS responded at 2:39 pm to a rollover collision at the 5500 block near Reinli Street on the northbound Interstate 35 highway. ATCEMS tweeted that one adult patient involved in the collision has sustained serious, potentially life-threatening injuries and was transported to Dell Seton Medical Center. EMS is evaluating two […]
AUSTIN, TX・1 DAY AGO

Three high school students face arson charges in connection with a fire that occurred earlier this month at PACE, according to the Pflugerville Independent School District.
PFLUGERVILLE, TX・2 DAYS AGO
KXAN

Previously, several lanes were blocked southbound on the frontage road but have since been cleared, according to the department.
AUSTIN, TX・2 DAYS AGO
KXAN

On Friday, Vincent's on the Lake announced it would be closing. The restaurant, a waterfront dining location on Lake Travis, made the announcement on its Facebook page.
AUSTIN, TX・2 HOURS AGO
KXAN

TSA: 6 guns discovered at security checkpoints in 1 week at AUS

The Transportation Security Administration said it found six guns at security checkpoints in one week at the Austin-Bergstrom International Airport.
AUSTIN, TX・1 DAY AGO
KXAN

The piece is on loan to Georgetown from the artist with support from the Georgetown Arts & Culture Board. It was planned to be on exhibit through September 2022.
GEORGETOWN, TX・2 DAYS AGO
KXAN

The Hays County Sheriff's Office said it applied for a state grant to get more bullet-resistant shields for the county.
HAYS COUNTY, TX・3 DAYS AGO