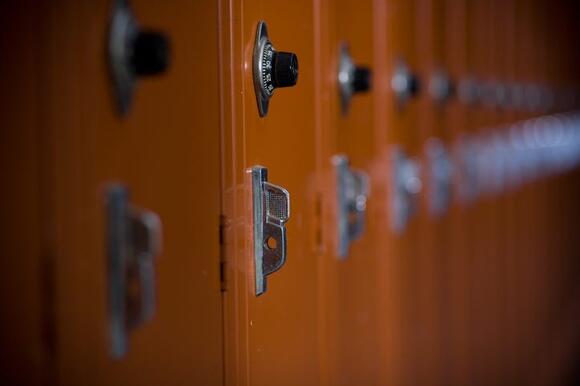 UPDATE 2:45 P.M. 8/17/22 - The director of the Gateway High School marching band is on unpaid suspension after being charged with giving a student alcohol.

The Gateway school board met Wednesday night and voted to approve a notice of dismissal for James Hoeltje.

He was charged last week with giving the 18-year-old alcohol on a band trip and before prom.

One parent and booster member thanked the board for their quick action, but she says she is heartbroken for the students:

“It’s not the district’s fault. It is because of this individual. There are senior boys who are dedicated to music. One of them is my son. I had to see the heartbreak in his own eyes, for losing something that he holds so dear.”

The board is working to make sure that the rest of the band's season is not impacted by this. Hoeltje has the right to request a hearing with the board, pending termination.

Parents and leaders at Gateway High School met for the first time Tuesday night after the band director was charged with giving a student alcohol during a school trip.

37-year-old James Hoeltje is currently on leave, as Monroeville police continue to investigate.

School Board President Jack Bova says they'll wait for that investigation to wrap before any further action.

“There has been outrage from the community, and understandably, they would like to see heads, or one specific head, roll.”

Though Hoeltje is facing one charge for giving the student alcohol, a police affidavit suggests he and the 18-year-old student also had conversations that were sexual in nature.

It also alleges he climbed on top of her and tried to kiss her during the school trip.

Police say he allegedly admitted to letting the girl take the alcohol from his hotel room, but denied sexually assaulting her.

It's not clear if any further charges are coming.

Kennywood shooting updates and how a gun possibly got in

Kennywood says it continues to work with local law enforcement after three people were shot there Saturday night. Now, people are asking how a gun got into the park in the first place.
ALLEGHENY COUNTY, PA・4 HOURS AGO
KDKA News Radio

A Pittsburgh man is in jail in New Jersey after a deadly car crash. The crash happened during a pop-up car rally in Wildwood, New Jersey. The unsanctioned event
WILDWOOD, NJ・7 HOURS AGO
KDKA News Radio

3 people were shot including 2 teenagers at Kennywood Saturday night. Officials said an argument between two groups of teenagers led to the shooting.
ALLEGHENY COUNTY, PA・1 DAY AGO
KDKA News Radio

One killed, another injured in Hill District shooting

One killed in downtown shooting There were reports of a shooting on the 1800 block of Bedford Avenue at about 1:15 p.m. today. Pittsburgh Police responded to the scene to find an adult male shot, lying in a doorway.
PITTSBURGH, PA・2 DAYS AGO

Man given maximum sentence in 2019 death of 3-year-old

A Burgettstown man will spend 20 to 40 years in prison for the death of a three-year-old boy. In June, Tyler Mason pleaded guilty to third-degree murder and endangering the welfare of children
BURGETTSTOWN, PA・4 DAYS AGO
KDKA News Radio

A man playing with his 4-year-old son at a local park was pistol-whipped in a carjacking Tuesday afternoon. The incident happened around 4 p.m. at Herschel Field
PITTSBURGH, PA・5 DAYS AGO
KDKA News Radio

Get Marty: Veteran battling cancer just wants to marry his sweetheart, and we're making it happen

Just a few days ago I got a call about a Gulf War Veteran who has been battling cancer. His name is George “Lenny” Wright and all he wants to do is marry the love of his life, Tracy.
CLAIRTON, PA・13 HOURS AGO
KDKA News Radio

One person is in critical condition after being shot multiple times in McKeesport overnight. Allegheny County Police, say just before 3 this morning, they were alerted to a shooting in the 1100 block of Walnut Street.
MCKEESPORT, PA・1 DAY AGO
KDKA News Radio

Scott Twp. man being charged after locking kids in home

A Pittsburgh man is among a group of five people arrested for their actions during the U.S. Captiol breach on January 6, 2021. According to the U.S. Department of Justice, 21-year-old Thomas Carey
PITTSBURGH, PA・5 DAYS AGO
KDKA News Radio

Organizers called Pittsburgh “significant” in their mission for this week’s meeting - saying Pittsburgh exemplifies how an energy and industrial-dependent economy can transition to tech and innovation.
PITTSBURGH, PA・4 DAYS AGO
KDKA News Radio

The fee was levied on professional athletes from other cities who play at sports venues in the city. It would take a 3% assessment from a player’s income when they play at PNC Park, PPG Paints Arena and Acrisure Stadium.
PITTSBURGH, PA・2 DAYS AGO
KDKA News Radio

Police were called to North Fourth Street Saturday for reports of two dogs hit by a car. They found 26-year-old Brian Brabant in the street.
JEANNETTE, PA・7 DAYS AGO
KDKA News Radio

Despite increases across the country, Pennsylvania gas prices continue to fall

The Pennsylvania Resources Council will be in Beaver County on October 8th to host a final collection of the season for household chemicals to be disposed safely.
BEAVER COUNTY, PA・4 DAYS AGO
KDKA News Radio

2 shot, including a child, in Hill District

Two people including a child were transported to the hospital in stable condition after being shot in the Hill District Wednesday night. The investigation is ongoing.
PITTSBURGH, PA・11 DAYS AGO
KDKA News Radio

Get Marty: What happens to your loved ones when a senior care home closes?

A new phone scam is being reported in the Pittsburgh area. According to reports, a scammer impersonating an officer with the Westmoreland County sheriff’s office.
WESTMORELAND COUNTY, PA・12 DAYS AGO
KDKA News Radio

Local crews are working to remove a car from Peters Creek in Jefferson Hills. Police say no one was hurt when the car crashed into the creek near Gill Hall Road.
JEFFERSON HILLS, PA・7 DAYS AGO