Missouri has most Black homicide victims in nation 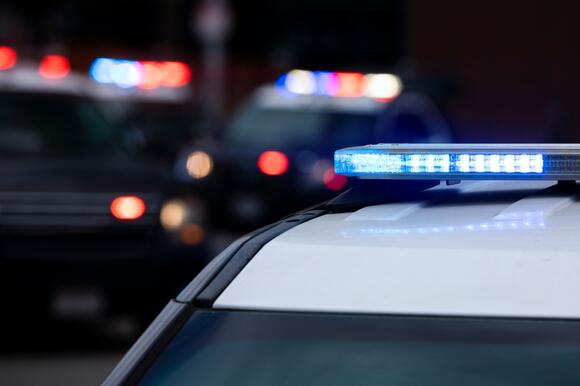 SPRINGFIELD, Mo. — Black Americans make up almost 14% of the country’s population but accounted for over half of all homicide victims. Missouri is the state with the worst Black homicide rate.

Missouri also had the highest rate in 2014 and every year between. From 2014 to 2019, the Black homicide victimization rate in Missouri increased by 45%, the study reported.

It should be noted that the FBI did not give information about the numbers of Black homicide victims in Alabama and Florida.

The United State Census Bureau reported that Black Americans accounted for about 13.6% of the population in the nation. Missouri’s population is around 11.8% Black. Missouri doesn’t rank in the top 10 states with the highest Black populations. In fact, the 2020 U.S. Census showed that Missouri had a lower population of Black citizens than the national average.

The Center for Disease Control and Prevention’s most recent numbers for firearm mortality for all races put Missouri in fourth place in the nation in 2020. The vast majority of homicides occur in St. Louis and Kansas City.

I wonder if they have breakout by location within Missouri? I think that might provide some additional insight.

this is a skewed up statistic based on numbers of population, not actual crimes. its misleading at best. your corrupt main stream media at its finest

FYI: Missouri has the fourth-highest murder rate of 11.3 murders per 100,000 residents. Murders in Missouri are disproportionately concentrated in metropolitan areas – about 90% of murders committed in 2017 in Missouri were committed in metropolitan areas. St. Louis and Kansas City are two of the most dangerous cities in the United States. In 2017, St. Louis had 205 murders and Kansas City had 150.

Fly high! For sale in Missouri… An airport plus more

A 59-acre property in Cass County hits the open market that includes an FAA-registered airport and many hangars that can be converted into homes.
CLEVELAND, MO・10 HOURS AGO
KOLR10 News

With the midterm election set for Tuesday, November 8th, registered voters across the country will soon head to the polls to cast their ballot.
MISSOURI STATE・1 DAY AGO

A Missouri farmer has been sentenced to life in prison after he admitted he killed two Wisconsin brothers who disappeared after visiting his farm in July 2019.
SHAWANO COUNTY, WI・1 DAY AGO
KOLR10 News

Missouri and five other states have filed a joint lawsuit against President Joe Biden and the U.S. Secretary of Education, Miguel Cardona, in an effort to stop the president's college loan forgiveness program.
MISSOURI STATE・1 DAY AGO
KOLR10 News

Missouri has $1B in unclaimed property, some to be auctioned off soon

The Missouri Treasurer's office is hosting a two-day unclaimed property auction that begins this weekend in Columbia.
MISSOURI STATE・20 HOURS AGO

The latest FOX4/ Emerson College/The Hill poll shows a good amount of support for the recreational use of marijuana.
MISSOURI STATE・1 DAY AGO
KOLR10 News

Two former high-level executives at Preferred Family Healthcare have pleaded guilty in a multimillion-dollar bribery and embezzlement scheme, in which they aid bribes to multiple elected officials in Arkansas.
SPRINGFIELD, MO・2 DAYS AGO
KOLR10 News

Five members of an Arkansas white supremacist gang were sentenced to prison Wednesday as part of a six-year federal investigation.
RUSSELLVILLE, AR・13 HOURS AGO

The State of Missouri has ordered an execution date for a man convicted of murder and rape in St. Louis County nearly two decades ago.
SAINT LOUIS COUNTY, MO・14 HOURS AGO
KOLR10 News

SPRINGFIELD, Mo. – Nearly two million people were under evacuation orders prior to Hurricane Ian’s landfall, not sure what they’ll be returning to. Many families decided to move inland as they brace themselves for impact. “Ironically enough, we moved April of 2017, and that’s the year that [Hurricane] Irma hit Tampa Bay. Five years later, […]
SPRINGFIELD, MO・3 DAYS AGO
KOLR10 News

The Laclede County Sheriff's Office said the day the woman was released from prison, she was in the car with the stepson of a man she had exchanged letters with while behind bars before she was involved in a deadly crash.
LEBANON, MO・1 DAY AGO
KOLR10 News

Thieves stole all of Brett Callahan's tools he needs for his heating and cooling business. Ozark Police are investigating and say there's been a spike in these kinds of crimes.
SPRINGFIELD, MO・1 DAY AGO
KOLR10 News

Five Arkansas billionaires on Forbes list of wealthiest Americans for 2022

The annual Forbes 400 list is out for 2022, with five Arkansans ranking among the wealthiest people in the United States.
ARKANSAS STATE・1 DAY AGO
KOLR10 News