If you've been missing Leinenkugel’s Sunset Wheat, you won't be for much longer.

After four years, Leinie's is bringing it back for a limited time, according to a news release. Why? "Fans have been telling us for years that they want to see it back on shelves."

Sunset Wheat is a Belgian-style witbier that features notes of orange and blueberry, and has a tart, citrusy finish, its product description says . 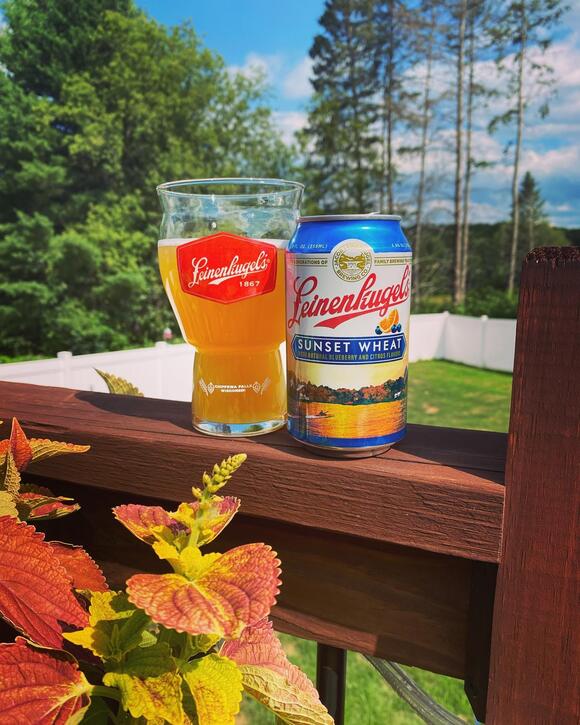 In 2006, the beer won silver at the Great American Beer Festival and bronze at the World Beer Cup in the Herb and Spice category.

In an attempt to bring Sunset Wheat back, one diehard fan in 2020 created a change.org petition , which has been signed more than 1,500 times — even by Jacob Leinenkugel Brewing Co .

Some reasons supporters gave for signing : The beer tastes like Fruity Pebbles, it's their favorite and they miss it.

One endorser who called it "the greatest beer of all time" wrote: "My life is ruined because I can no longer have it." Another commented that they used to drive two hours to get it.

"Leinenkugel’s is always listening to our fans and trying to make their desires a reality," a news release said. "And now, we’ve made it happen."

Leinenkugel's, which was founded in Chippewa Falls in 1867, is the nation's seventh-oldest operating brewery, according to a previous Milwaukee Journal Sentinel report . Its brands are part of Tenth and Blake, which is the Molson Coors U.S. craft beer division.

In addition to its Chippewa Falls brewery, Leinenkugel's also operates a brewery in Milwaukee.

When, how you can get Sunset Wheat

Sunset Wheat will be available beginning Aug. 15 in stand-alone packs throughout the Great Lakes Region and included in the Lodge Variety Pack nationwide, according to a news release.

If you can't wait until Aug. 15 to taste the beloved beer again, Leinie Lodge in Chippewa Falls is hosting a Sunset Wheat Release Party at 5 p.m. Thursday.

There will be live music, food trucks, prizes and "plenty" of Sunset Wheat.

Tickets, which cost $15, include entry and three pints, according to the website. Attendees must be at least 21 years old.

One fan will win $10K, trip to Wisconsin

Leinenkugel’s is celebrating Sunset Wheat's return by awarding a fan $10,000 and a trip to Wisconsin to be their "Sunset Streamer," according to a news release.

To apply, people must:

The contest runs through Aug. 18. Applicants must be at least 21 years old and be a U.S. resident.

The winner will be compensated $10,000 and also get a Labor Day Weekend trip to Wisconsin, where they will watch a sunset and livestream it from the brewery's Instagram handle.

For the contest's official rules and more details, visit promorules.com/PL018134 .

This article originally appeared on Milwaukee Journal Sentinel: Leinenkugel’s is bringing back its award-winning Sunset Wheat beer for a limited time