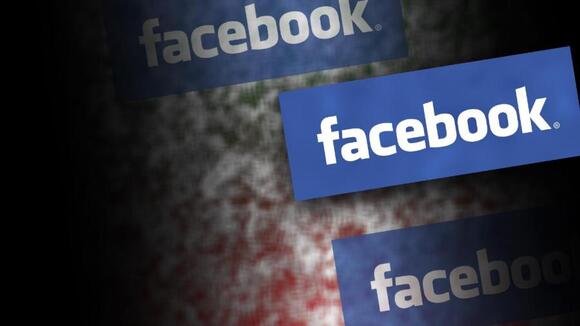 NORFOLK, Neb. (KCAU) — Facebook was trending with the hashtag #DeleteFacebook Tuesday night after national reports that the social media company turned over messages regarding a Nebraska mother being charged with providing an abortion for her daughter as part of a warrant.

It’s a story that KCUA 9 has been covering since May when the Norfolk Police Division stated in a release that it was investigating the concealed death of a baby . The initial release stated three people were cited for concealing the stillborn’s April 22 death, saying they found the body on April 29. Jessica Burgess, 41, Tanner Barnhill, 22, and a then 17-year-old teen, later identified as Celeste Burgess, were cited.

Timeline of events for quadruple homicide in small Nebraska town

On June 22, authorities additionally charged Jessica Burgess with providing an abortion after 20 weeks and providing abortion by someone other than a licensed physician. Nebraska law states that an abortion is not allowed 20 weeks or more after fertilization unless meeting certain exceptions.

Court documents detailed that authorities received the results of a search warrant for Celeste Burgess’ Facebook account on June 9, finding messages between her and her mother Jessica from April 20. The messages alleged that the two exchanged messages about pills Jessica Burgess obtained for Celeste Burgess’ consumption.

Specifically, the documents alleged Jessica Burgess said Celeste Burgess should take one pill to stop the hormones, and then, take the second pill 24 hours later. Celeste Burgess, 17 years old at the time, allegedly said she couldn’t wait to get the “thing” out of her and said they would burn the evidence afterward.

Documents said a friend of Celeste Burgess was with her when she took the miscarriage-causing pills and then reported it to the Madison County Attorney’s Office on June 14.

Celeste Burgess, now 18, was also charged, but she was originally being done so as a juvenile. On July 12, her case was transferred to the district court, where she is being charged as an adult .

On June 24, the Supreme Court of the United States overturned Roe v. Wade . Justice Samuel Alito in the final opinion wrote that Roe and Planned Parenthood v. Casey, the 1992 decision that reaffirmed the right to abortion, were wrong the day they were decided and must be overturned. The decision lets states decide how to regulate abortion. Since then, there has been pushback , and some companies have stated they will cover the cost of travel if an employee needs to go to another state for an abortion.

The hashtag #DeleteFacebook started trending on Twitter Tuesday night with most mentioning the fact that Facebook turned over messages between a Norfolk mother and daughter allegedly trying to cause a miscarriage. One of the top tweets screenshots Forbes’ title of their coverage of the story. In a thread, the user states that while she understands Facebook had to turn over the messages, the point is “[law enforcement] thought the daughter had an abortion and subpoenaed Facebook. She then said Facebook cooperated without pushback, adding that the entire situation creates a ‘precedent [that] is dangerous.'”

Meta, the parent company of Facebook, states that it works with law enforcement seeking records. The company specifically states that it will “disclose account records solely in accordance with our terms of service and applicable law,” including subpoenas, court orders, search warrants, and national security letter provisions.

It then adds that account deletion or content deletion would not take place if the company needs to “comply with a request of a judicial or administrative authority, law enforcement or a government agency.”

Barnhill had been charged with concealing the death of another person. On July 12, he pleaded “no contest” to the charge of an attempt of a class 1 misdemeanor and was found guilty. He is sent to be sentenced on August 23.

Celeste Burgess is charged with the felony of concealing a dead human body as well as the misdemeanors of concealing the death of another person and providing false information. She pleaded not guilty. A hearing is set for August 29 with a jury trial set for November 14.

Documents stated that the court entered a plea of not guilty on behalf of the defendant. Another hearing will be held on September 2 with a jury trial scheduled for October 17.

Recently, Nebraska Gov. Pete Ricketts announced he will not call a special legislative session to try to enact a 12-week abortion ban.

A Missouri farmer has been sentenced to life in prison after he admitted he killed two Wisconsin brothers who disappeared after visiting his farm in July 2019.
SHAWANO COUNTY, WI・1 DAY AGO
KCAU 9 News

A district court judge heard arguments Friday for more than three hours from lawyers for a carbon pipeline and from Woodbury County landowners regarding a temporary injunction.
WOODBURY COUNTY, IA・1 DAY AGO
KCAU 9 News

Six Republican-led states are suing the Biden administration in an effort to halt its plan to forgive student loan debt for tens of millions of Americans, accusing it of overstepping its executive powers.
MISSOURI STATE・1 DAY AGO

A former Iowa State Patrol trooper has pled guilty to a civil rights violation in connection with a traffic stop in 2017.
CEDAR RAPIDS, IA・2 DAYS AGO
KCAU 9 News

This is the wealthiest person in Iowa, according to Forbes

Nearly every state was represented on the list. Can you guess who the wealthiest person in your state is?
IOWA STATE・1 DAY AGO

Iowa volunteers among energy crews who will help with hurricane efforts

Similar to the November 2020 election, registered South Dakota voters will decide whether to legalize small amounts of marijuana in the upcoming November 2022 election.
POLITICS・1 DAY AGO
KCAU 9 News

Vermillion Police say an officer came across a mountain lion while on patrol in town Friday morning.
1 DAY AGO
KCAU 9 News

Hunters were busy Friday purchasing deer tags ahead of the bow hunting season in Iowa which opens Saturday.
IOWA STATE・11 HOURS AGO

The South Dakota minimum wage will increase by nearly a dollar starting in 2023.
POLITICS・2 DAYS AGO
KCAU 9 News

How have food sales tax bills fared in the past?

The effort to reduce or eliminate the sales tax on food items in South Dakota goes back a long time. Not just 3 or 4 years, not 10, not even 20 years.
INCOME TAX・1 DAY AGO

The National Hurricane Center tweeted Saturday that the center of the hurricane made landfall on Friday at 2:05 p.m. near Georgetown, South Carolina with maximum sustained winds of 85 mph.
ENVIRONMENT・1 DAY AGO
KCAU 9 News

Here is your weather forecast for Siouxland.
ENVIRONMENT・1 DAY AGO