More Jail visits with detainees in future for Citizens Advisory Board 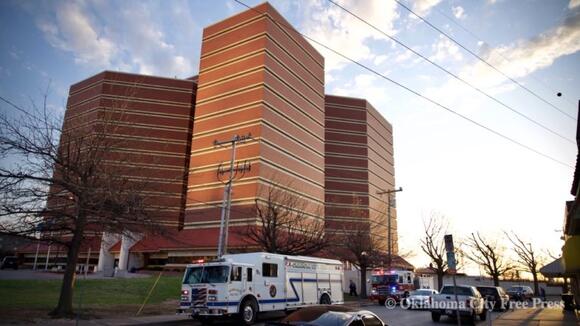 During their meeting, the CAB heard a report from Jail CEO Greg Williams, and discussed recent meetings of the subcommittees of the CAB.

Chairman Kris Steele later detailed a recent visit to the jail with two other CAB members. Erin Engelke and Hannah Royce joined Steele in meeting with several detainees to learn first hand about the experience of people being held in the County Jail.

Steele proposed that every two weeks three members of the CAB would visit the Jail to speak with detainees. That proposal was unanimously adopted by the CAB.

Steele explained to the CAB that he appreciated input from members of the public who have been participating in Jail Trust meetings, and that he has heard stories from them about people who are currently in jail. However, Steele said, he believed hearing directly from the source could not be underestimated for gaining an understanding of the real conditions in the facility.

Recently Steel, Vice-Chair Erin Engleke, and member Hannah Royce were able to schedule a visit to the jail during which they spoke to several detainees.

Steele said that feedback from detainees included an understanding on their part that the staff in the Jail is stretched thin.

Some comments from detainees would seem to contradict statements from CEO WIlliams about some processes and conditions.

Detainees described having only an hour or two out of their cells once or twice a week. Williams had previously said that cells were opened at least twice a week for several hours at a time.

A female detainee told the CAB members that she had been allowed to paint a hallway and it had helped reduce bed bugs. She expressed a desire to paint inside the cells for more bed bug abatement.

Engleke described speaking with the detainees as a profound experience. She said that what stood out to her was the desire for connection among the detainees.

She said that the detainees found it meaningful to simply be listened to and heard.

Common concerns among the detainees spoke to that desire for connection. Universally, more time to talk to family was listed as a concern.

Currently detainees are given five minutes of phone time for free each week. Any time beyond that must be paid for by the detainee or their family or friends. All cells have a telephone in them, but many do not work.

Detainees no longer are allowed “contact” visits, which means face to face visits through a window. Now detainees do not see their family or friends, which has a tendency to alienate their sense of place in their community.

Other common concerns were time out of cells and opportunity for real exercise in order to work off stress and potential aggression.

Steele emphasized his belief that the voices of lived experience in the Jail must be centered in order to understand the deficiencies of the facility and the processes therein. His recent trip and listening session was insightful in the extreme.

Steele proposed that a cohort of CAB members, three each time to avoid a quorum, visit the Jail every two weeks in rotation to speak with detainees.

Engelke suggested formulating a questionnaire that could be given to the detainees ahead of the visit. One detainee she visited said that she was overwhelmed with the number of things she wanted to share. Engelke proposed that such a questionnaire would enable detainees to order their thoughts ahead of a visit.

The CAB voted unanimously to adopt Steele’s proposal for visits every two weeks.

This is the latest action for a new body who has engaged quickly in their charge to learn about the Jail and advise the Trust.

The Trust met last Monday, as reported by Free Press, but took little or no action.

The post More Jail visits with detainees in future for Citizens Advisory Board appeared first on Oklahoma City Free Press .

Who will be on the November 8 ballot in Cleveland County?

ARTonTAP, the museum’s yearly fundraising collaboration with local breweries, is set to bring a massive number of beers to OKC. The post ARTonTAP bringing brews back to OKCMOA for 19th year appeared first on Oklahoma City Free Press.
OKLAHOMA CITY, OK・3 DAYS AGO

Police are investigating what they believe to be two different homicides, one on the north side and the other on the south side. The post Police investigating two latest homicides in City of OKC appeared first on Oklahoma City Free Press.
OKLAHOMA CITY, OK・12 DAYS AGO

Detainee dies in Oklahoma County Jail — cause not known

The witness in a criminal trial and plaintiff in a lawsuit against three former jailers at the Okla County Jail was found dead there Sunday. The post Key witness in ‘Baby Shark’ cases against jailers found dead in jail appeared first on Oklahoma City Free Press.
OKLAHOMA COUNTY, OK・21 DAYS AGO