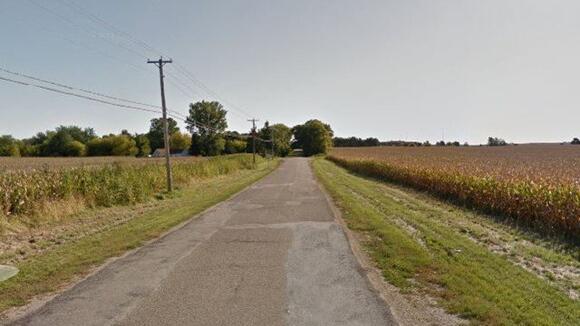 BELOIT, Wis. — The City of Beloit and the Ho-Chunk Nation got some help from the federal government to repair roads.

The city received nearly $13.5 million as part of a RAISE grant Wednesday. RAISE grants are given by the federal government to support infrastructure projects such as roads and public transit.

Beloit will use the grant to build a new bridge on Willowbrook Road and reconstruct both Willowbrook and Colley roads, adding multilane roundabouts at three intersections and making railroad crossings safer.

Wisconsin received $31 million worth of RAISE grants in total Wednesday, with funds benefitting Forest County and the Potowatomi Community, the City of Sheboygan and the Oneida Nation.

BELOIT, Wis. — Beloit police are investigating after they said a child was hit by a vehicle Saturday. The child later died. Police said a four-year-old child was struck by a vehicle near the youth sports complex in the 3300 block of Prairie Avenue at around 9:40 a.m. The child was taken to a local hospital. ﻿ At 1:45 p.m....
BELOIT, WI・17 HOURS AGO
Channel3000.com | News 3 Now

MADISON, Wis. — First responders are at the scene of a two-vehicle crash at U.S. Highway 12/18 and County Highway AB on the far southeast side of Madison Friday night. The Dane County Sheriff’s Office said the crash was reported around 8 p.m. Eastbound traffic on Highway 12/18...
MADISON, WI・1 DAY AGO
Channel3000.com | News 3 Now

Until recently, the University of Wisconsin-Madison had a successful program to compost discarded food. Starting in 2009, the university collected food scraps at campus cafeterias to send to the West Madison Agricultural Research Station for composting. In 2018, the university began bringing scraps to an anaerobic biodigester, now owned by Clean Fuel Partners LLC. There, the waste was converted into methane for fuel.
MADISON, WI・1 DAY AGO

SUN PRAIRIE, Wis. — All lanes of State Highway 19 have reopened at Town Hall Drive on the eastern edge of Sun Prairie Wednesday evening following a crash, according to the Wisconsin Department of Transportation. A Dane County dispatcher said they received multiple calls about a multi-vehicle crash in the area around 5:55 p.m. ﻿ As of 7 p.m., the...
SUN PRAIRIE, WI・3 DAYS AGO
Channel3000.com | News 3 Now

COTTAGE GROVE, Wis. — The family of fallen Cottage Grove firefighter Nate Walker hopes his story can help others. Walker took his own life last weekend after a battle with PTSD. After serving two tours in Afghanistan as a Marine, Walker returned home where he served as a Sun...
COTTAGE GROVE, WI・1 DAY AGO
Channel3000.com | News 3 Now

MADISON, Wis. — Police are investigating after a woman tried to rob a west-side Kwik Trip early Friday morning. Officials with the Madison Police Department said the suspect entered the Kwik Trip on University Avenue shortly before 5 a.m. and told workers inside that her boyfriend was outside with a gun and would kill her if she didn’t rob the store.
MADISON, WI・1 DAY AGO
Channel3000.com | News 3 Now

MPD: One driver killed, another hospitalized in crash on US 12

MADISON, Wis. — One driver was killed and another injured in a crash on US 12 Friday night. Madison police said the crash occurred just after 8 p.m. near County Highway AB. Two vehicles were involved in a rollover crash. ﻿ The driver of one of the vehicles, a 42-year-old man, suffered fatal injuries. The driver of the other vehicle...
MADISON, WI・14 HOURS AGO

Madison police search for suspect in robbery near Manchester Park

MADISON, Wis. — Madison police are searching for a suspect who they said punched and robbed a man near Manchester Park early Saturday. Police said the man was walking in the 3400 block of Manchester Road near McKee Road just after midnight when another man walked up and punched him in the face, knocking him to the ground. ﻿ The...
MADISON, WI・19 HOURS AGO
Channel3000.com | News 3 Now

Driving a university-owned van, University of Wisconsin-Madison student Morgan Barlin traverses the campus, making stops at three dining halls on a spring afternoon. At each stop, Barlin is met by kitchen staff who present her with various leftover foods, from sweet potatoes to breakfast omelets. These foods, which would have otherwise been thrown away, will be redistributed to students at no cost.
WISCONSIN STATE・2 DAYS AGO
Channel3000.com | News 3 Now

All-LGBTQ+ cast to perform ‘Rent’ this weekend in Janesville

JANESVILLE, Wis. — DEFY Domestic Abuse Beloit and the Rock County LGBTQ+ Committee are partnering to present the musical Rent this weekend at the Janesville Performing Arts Center. The performances will feature an exclusively LGBTQ+ cast. The musical is about young adults falling in love, finding their voices and...
JANESVILLE, WI・1 DAY AGO
Channel3000.com | News 3 Now

SUN PRAIRIE, Wis. — Quarra Stone broke ground Wednesday on a new world headquarters in Sun Prairie. The 25-acre campus is valued at $19 million and was designed by a Norwegian architectural firm. It will be twice the size of Quarra’s Madison plant and is expected to create 34 new jobs. “Today commemorates the start of the construction of a...
SUN PRAIRIE, WI・3 DAYS AGO

FITCHBURG, Wis. — Hundreds of Madison area students on Wednesday got a first-hand look at what goes into building houses. As part of the Madison Area Builders Association’s fall career day, students were able to walk through eight homes in the Terrevessa development on Fitchburg’s east side. At each house, a presenter talked through the different stages of construction.
MADISON, WI・3 DAYS AGO
Channel3000.com | News 3 Now

9-year-old killed in Janesville after being hit by vehicle

A 9-year-old boy was killed in Janesville on Wednesday after a driver hit them with a vehicle, police confirmed.
2 DAYS AGO
Channel3000.com | News 3 Now

Madison police say they are currently being 'inundated' with fraud complaints about rental scams across the city.
MADISON, WI・2 DAYS AGO
Channel3000.com | News 3 Now

MADISON, Wis. — Hundreds of people attended a gala Thursday to celebrate the work of Operation Fresh Start. The Build Your Future Gala featured inspiring stories from those who have made significant positive changes in their lives. The organization helps people ages 16-24 become self-sufficient. “These are young people...
MADISON, WI・2 DAYS AGO
Channel3000.com | News 3 Now

MADISON, Wis. — UW-Madison police made more arrests during Saturday’s football game than the Badgers had total rushing yards. And the police made 11 arrests. Police cited and ejected 10 people for underage alcohol possession and one person for trespassing during Wisconsin’s game against Illinois at Camp Randall Stadium. In addition, nine people were ejected but not cited.
MADISON, WI・14 HOURS AGO
Channel3000.com | News 3 Now

DCSO: Man whose body was found in Lake Monona drowned

BELOIT, Wis. — Burglars, one of whom posed as an employee of a tree removal company, took an unspecified amount from a Beloit resident’s home Wednesday afternoon, the city’s police department said. In a Facebook post, police said a man who claimed to be from a tree removal company approached the elderly victim Wednesday afternoon about removing trees. While the...
BELOIT, WI・3 DAYS AGO
Channel3000.com | News 3 Now

In the 608: ‘Walk a Mile in Her Shoes’ tonight in Rock County

JANESVILLE, Wis. — Walk a Mile in Her Shoes is a unique walk that invites participants to walk a mile in women’s shoes to raise awareness and funds for domestic violence victims. The money raised benefits the domestic violence programs at the YWCA Rock County. Join YWCA Rock County on Thursday, September 29th at 5:30 p.m. at the new location...
ROCK COUNTY, WI・3 DAYS AGO