2 Louisiana women responsible for over $500,000 in identity fraud indicted on Racketeering charges in Georgia 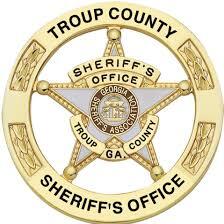 On Aug. 1, a Troup County Grand jury indicted Deavian Andrews and Tynea Gray for Conspiracy to Commit Racketeering, an offense that subjects both to a 5 to 20-year prison sentence.

Man killed at Serigny Drive, subject may have acted in self-defense

On April 7, Captain Nathan Taylor conducted a traffic stop on Interstate 85 near the mile 19 marker after noticing a window tint violation on a vehicle. After stopping the vehicle, Taylor observed signs of criminal activity and searched the vehicle.

During the search, Taylor discovered various items indicating that Andrews and Gray may be involved in identity theft and printing checks that would be cashed on unknowing victims’ accounts. Talyor also located numerous stolen COVID-19 vaccination cards, false VIN stickers commonly used on stolen cars, and several debit and credit cards belonging to other people.

Troup County Sheriff’s Office Investigator James Robinson investigated the case and found that Andrews and Gray possessed $22,400 of forged money orders and $45,949.31 in suspected forged checks. Robinson also discovered evidence indicating the two were actively recruiting other individuals into their criminal enterprise. Both women are also suspected of defrauding the U.S. government in PPP loans and unemployment fraud.

Additionally, according to the sheriff’s department, at the time of Gray’s arrest, she was wanted by Lousiana authorities for related offenses and was later transferred to Louisiana. As of now, Gray is in federal custody for federal mail fraud and wire fraud charges. Andrews is being held in Troup County. The sheriff’s department estimates that the suspects’ enterprise is responsible for over $500,000 in identity fraud.

Stay ahead of the biggest stories, breaking news and weather in Mobile , Pensacola and across the Gulf Coast and Alabama . Download the WKRG News 5 news app and be sure to turn on push alerts.

Next month, a new gun database is expected to go live in Alabama, listing those who are not allowed to have a gun.
ALABAMA STATE・1 DAY AGO
WKRG News 5

MONTGOMERY, Ala. (WIAT) — The Alabama Supreme Court is siding with the state in a new ruling against electronic gaming, ordering the closure of three casinos in the state. The court said casinos in Lowndes and Macon Counties — that includes Southern Star Entertainment, Victoryland and White Hall Entertainment — must stop “illegal gambling activities.” […]
ALABAMA STATE・23 HOURS AGO
WKRG News 5

COLUMBUS, Ga. (WRBL) – A 20-year-old has been shot dead, just steps away from a Columbus Elementary School. The Columbus Police Department and the Muscogee County School District Police responded to 6195 Georgetown Drive regarding a shooting just after 5:30pm on Friday. The residence sits right across the street from East Columbus Magnet Academy. The […]
COLUMBUS, GA・11 HOURS AGO
WKRG News 5

COLUMBUS, Ga. (WRBL) — A Columbus restaurant owner is facing 23 felony charges pertaining to hidden cameras in his business and his residence. Dennis Cleveland Thompson was arrested Thursday and appeared in Recorder’s Court Friday morning to answer to the charges of sexual exploitation of a minor, unlawful eavesdropping or surveillance, and knowingly using/installing a […]
COLUMBUS, GA・1 DAY AGO

The number of deaths following Hurricane Ian's rampage in Florida is continuing to rise, according to reports.
FLORIDA STATE・11 HOURS AGO
WKRG News 5

A jury recommended life in prison for Alabama inmate; execution is set for Nov. 17

FLOMATON, Ala (WDHN)— Former “Moonshine: Master Distiller” star was arrested after allegedly operating an illegal moonshine still. Johnny Wayne Griffis, 48. of Flomaton, was arrested the night of September 12, by Alabama Law Enforcement Agents, according to the Tri-City Ledger. Authorities say Griffis was operating a moonshine still, which was in the process of cooking […]
FLOMATON, AL・2 DAYS AGO
WKRG News 5

A statement from ADOC says that visitation access was canceled due to the "impact on staff resources" as inmates in most male prisons have refused to work this week. The release says that inmates have been informed of the news already.
ALABAMA STATE・2 DAYS AGO
WKRG News 5

How to locate loved ones trapped by Hurricane Ian

The State of Florida has created a way for people to get help for their loved ones who were trapped in their homes or elsewhere during Hurricane Ian.
FLORIDA STATE・1 DAY AGO
WKRG News 5

Hurricane Ian death toll climbs to 9, according to reports

Authorities throughout southwest Florida will hit the road on Thursday in communities battered by the massive Hurricane Ian to assess damage, clear debris and respond to calls for help as millions of Floridians remain sheltered in place.
CHARLOTTE COUNTY, FL・2 DAYS AGO

MONTGOMERY, Ala. (WIAT) — Alabama groups are gearing up to help Florida on its road to recovery from Hurricane Ian. 37 mobile units from the Salvation Army are positioned to move into Florida to help with the aftermath of Hurricane Ian. The Corps Administrator for Montgomery and surrounding counties Major Harvey Johnson says once it’s […]
FLORIDA STATE・2 DAYS AGO
WKRG News 5

FNFF Play of the Week (Week 7)

MOBILE COUNTY, Ala. (WKRG) — Voting is open for the FNFF Play of the Week for Week 7! Cast your vote and the winner will be announced Sunday night on Sports Overtime on News 5! To vote from social media and the WKRG News 5 app: Click here.
MOBILE, AL・23 HOURS AGO
WKRG News 5

Hurricane Ian strikes Florida hospital from above and below

The medium-sized hospital spans four floors, but patients were forced into just two because of the damage.
PORT CHARLOTTE, FL・2 DAYS AGO
WKRG News 5

It wouldn't be a Florida hurricane without a Florida man doing something potentially risky in life-threatening conditions.
CAPE CORAL, FL・2 DAYS AGO
WKRG News 5

Researchers have discovered a new type of prehistoric sea creature whose name translates to "snakey crocodile-face."
WYOMING STATE・1 DAY AGO