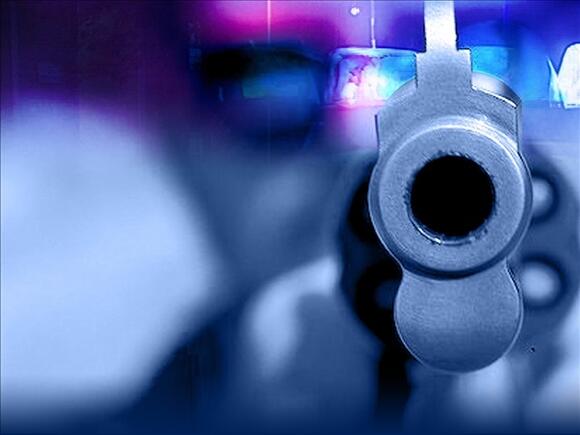 ELMIRA, N.Y. (WETM) – Elmira Police said the department has responded to at least four related reports of shots fired in the City in less than a week, one of which reportedly left one person injured and another that involved a 14-year-old boy.

On Saturday, August 6, 2022, EPD responded to the 200 block of Franklin Street around 3:00 a.m. for a report of a shooting. Officers saw several people fleeing the area. Officers detained a 14-year-old boy who had a 9mm handgun, police said. Police also found evidence of the shooting, but no one was injured.

Where is violent crime happening in the Twin Tiers?

On Tuesday, August 9 around 3:30 a.m., EPD then responded to W. Hudson St. for an anonymous report of two gunshots. However, police said there were no signs of a shooting and no activity at the scene.

Later that morning, around 6:30 a.m., Elmira Police received a report of a gunshot victim at Arnot Ogden Medical Center. Police said that the victim gave non-credible, conflicting information, but officers determined the shooting happened on Roe Ave near the hospital while the victim was driving a car.

Police said officers found the vehicle and evidence of the shooting, including a 9mm handgun. The victim then fled from the hospital, according to the news release from EPD.

Then around 11:15 p.m. on August 9, EPD responded to a report of gunshots on Cottage Place. Witnesses told police that multiple people in ski masks started shooting a house, but no one was injured.

Elmira Police said the investigations into the Franklin St., Roe Ave., and Cottage Pl. shootings are still ongoing. All four are believed to be related, and police believe the people involved know each other.

Anyone with information into any of the shootings is encouraged to contact Elmira Police at 607-737-5626, 607-271-HALT, or with an anonymous tip on the City of Elmira website.

Ithaca Police are looking for a person that has entered multiple locations while falsely claiming to be a NYSEG worker.
ITHACA, NY・7 HOURS AGO
WETM 18 News

3 charged with rape, kidnapping after woman held for 11 hours: police

MEMPHIS, Tenn. (WREG) — Three men have been charged after they reportedly kidnapped a woman in the airport area and sexually assaulted her for hours on Friday. Police say the woman was kidnapped in the 3000 block of American Way by an unknown man in a gray Infiniti.  The woman told police that she tried […]
MEMPHIS, TN・5 HOURS AGO
WETM 18 News

Man arrested on weapons charges after fleeing from Elmira Police

Elmira Police arrested a man on weapons charges after he ran from officers on September 22, the second weapons arrest in one day in Elmira.
ELMIRA, NY・3 DAYS AGO

ATHENS TWP, Pa. (WETM) — A Towanda man was arrested after police say he was found to have broken into a business in Athens Township Wednesday night. According to the criminal complaint, 18-year-old Zayne McCarthy broke into New World Tobacco at 2368 Elmira St., Athens Township on Wednesday, Sept. 21, around 11:20 p.m. Athens Township […]
3 DAYS AGO
WETM 18 News

The Village of Bath has appointed Colin Taft as the permanent police chief after he served as acting and provisional Chief since early 2021.
BATH, NY・3 DAYS AGO

Lanterns to be sent down Chemung River to honor 72′ flood

CORNING, N.Y. (WETM) — Happening on Saturday, the Corning-Painted Post Historical Society is set to light commemorative lamps on the Chemung River. The lamps are part of a memorial floating lantern ceremony to commemorate the 50th anniversary of the Agnes Flood of 1972. Beginning at 7:30 p.m. on Saturday, Sept. 24, the lanterns will be […]
CORNING, NY・2 DAYS AGO
WETM 18 News

HORSEHEADS, N.Y. (WETM) — Numerous fire departments responded to the scene of a working structure fire in Horseheads on Thursday. The fire occurred at a home on Kiser Road, just off of Lattabrook Road east of the village, sometime before 7 p.m. Heavy smoke could be seen coming from the side of the house and […]
HORSEHEADS, NY・4 DAYS AGO
WETM 18 News

CANISTEO, N.Y. (WETM) — After years of operation, one local restaurant in Canisteo is closing up shop for good. “Annie’s” in downtown Canisteo is closing for good after a Facebook post was made on Thursday explaining the closing, “It was an extremely difficult decision based on many factors that we did not come to lightly,” […]
CANISTEO, NY・2 DAYS AGO

HORSEHEADS, N.Y. (WETM) — The Chemung County Department of Aging held two events today for local seniors to get outside, take home a meal and play some bingo! The Drive-in-Bingo and Drive-thru Picnic events were held today, September 23, 2022 from 11:30 a.m. to 2:30 p.m at te Chemung County Fairgrounds in Horseheads. At the […]
CHEMUNG COUNTY, NY・3 DAYS AGO
WETM 18 News

Corning residents are being reminded that the final week of brush pickup is almost here.
CORNING, NY・4 DAYS AGO
WETM 18 News

The Daland Corporation, franchisee of the Elmira location, told 18 News that the Pizza Hut in the former Tops Plaza is tentatively scheduled to open in mid-November 2022.
ELMIRA, NY・3 DAYS AGO
WETM 18 News

ELMIRA, N.Y. (WETM) — An Elmira business has been fined by the Chemung County Board of Health after it was discovered they were selling banned nicotine products, according to meeting minutes from the CCBH. In the minutes taken from the Sept. 8 meeting, it was discovered that in March and May of 2022, multiple instances […]
ELMIRA, NY・4 DAYS AGO
WETM 18 News

Blood donors needed for those with sickle cell disease

ELMIRA, N.Y. (WETM) – September is Sickle Cell Awareness Month. More than 100,000 people across the country, many of whom are of African descent are impacted by sickle cell disease, according to the American Red Cross. Seasonal changes can trigger pain crises and possibly increase the need for a blood transfusion. This month the American […]
ELMIRA, NY・1 DAY AGO
WETM 18 News

NEW YORK (WETM) – It’s the time of year to start thinking about the holidays. Millions of people will be taking to the skies to travel on vacations, to visit family, to just to get away. And if you’re booking a flight, one of your top concerns will be airfares. To create this survey of […]
ELMIRA, NY・4 DAYS AGO
WETM 18 News

ELMIRA, NY (WETM)- It’s the 18th annual Trike Race benefitting the United Way of the Southern Tier. Teams of adults get together and race on 12-inch, child size tricycles. The winner gets to take home a trophy and bragging rights. It’s a relay race where the teams move as fast as they can. However, this […]
ELMIRA, NY・3 DAYS AGO
WETM 18 News

CAMPBELL, N.Y. (WETM)- As it is now fall and temperatures are dropping, it’s time to start to think about turning the heat on in your home. What can you do to save money if you heat your home with something that has seen price hikes over the last year, such as propane? One of the […]
CAMPBELL, NY・3 DAYS AGO