Video shows father trying to save the lives of his 2 stabbed children, NOPD arrests mother 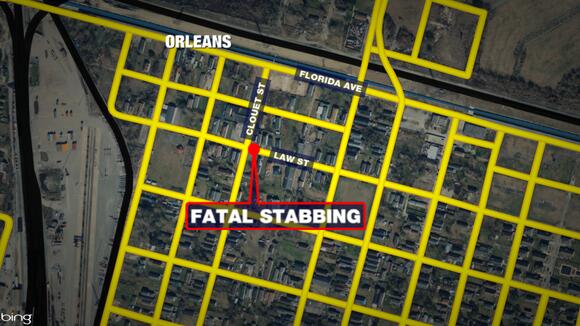 NEW ORLEANS ( WGNO ) — New information has been released following the double stabbing that killed 4-year-old Paris Roberts and left her 2-year-old brother in critical condition in the 9th Ward over the weekend.. New Orleans Police say the children’s mother is their only suspect in this case.

On August 9, the Orleans Parish Coroner identified the young female victim as Paris Roberts. They have listed Paris as 3 years old, not 4, as previously reported.

According to the New Orleans Police Department, 31-year-old Janee Pedescleaux has been charged with second-degree murder, attempted murder, and second-degree cruelty to a juvenile. Police say she stabbed the two children at their home in the 3100 block of Law Street on Sunday morning. Neighbors tell WGNO that the children’s father rushed to the home in a desperate effort to save his children.

RELATED: Family of New Orleans mother accused of stabbing her children speaks out

Around 11:15 a.m., about the same time that NOPD says officers responded to the home, the father is seen on surveillance video running up to the mother’s home after being alerted his children were in danger. WGNO was told that the man, whose name was not released, broke one of the windows of the home to get inside.

Moments later, the man is seen running back to his truck, carrying his son while his daughter followed closely behind. One neighbor says the girl collapsed onto the grass before her father just moments later. Both kids were taken to the hospital where the girl later succumbed to her injuries. Her brother was last listed in critical condition.

Those who live in the area say it was a chaotic scene on Sunday and are now thinking about the children’s father.

“Those children deserve more than that, and now he has to deal with that for the rest of his life,” explained neighbor Jamal Agnew.

Nearly 24 hours later, the father’s cousin, only identifying herself as Andrea, placed balloons and a stuffed animal at the doorstep of the children’s home.

“Their dad loved them. They meant the world to him, and there were so many people that loved them,” she told WGNO’s Jordan Lippincott, holding back tears as she spoke about the siblings. “They were so loveable. They loved everybody. They were the sweetest, most beautiful kids.”

it keeps getting worse.. I'm a believer in God and what the Bible says..Satan is getting the bigger hand..pray for more strength.. maybe we can get a little more control of ourselves

Prayers for the children and father and family. So tragic! Sad his daughter passed, praying for the son to pull through. 🙏My condolences to the family!

The Humane Society of Louisiana is offering an award for anyone that can help bring the two back together.
METAIRIE, LA・1 DAY AGO
CBS 42

The political and commercial relationship between New Orleans and Latin America was strongest in the 1960s, and only a glimpse of that relationship remains.
NEW ORLEANS, LA・1 DAY AGO