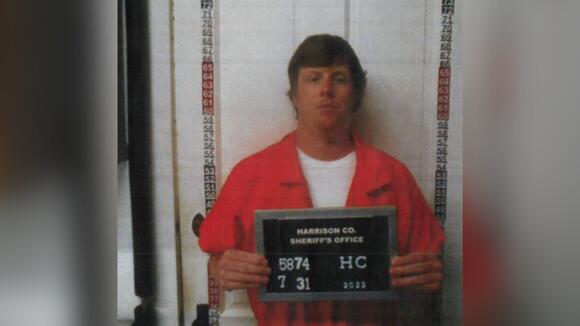 OHIO ( WTRF ) – An Ohio teacher has been arrested on a rape charge.

Clayton Crosier a teacher in Harrison County, is currently suspended from his duties by the Harrison Hills City School District and put on administrative leave pending the outcome of an investigation and court proceedings.

Crosier is a high school intervention specialist at the district.

The alleged rape happened with another adult, officials say

I literally hate when an article like this are posted until a person is found guilty. So many people are innocent and thrown out to the public that even if they are found not guilty their reputation is ruined. Trust me I’ve seen this happen only to find out that lies were spread. If he’s found guilty then Publish it.

once again something not politically related is made political. not sure what his political background has to do with anything here.

Over 100 school employees have been arrested for sex crimes against children this year alone. Yet we told they're "hero's" It's obvious why the teachers unions align themselves with the left

Elonde Washington, 22, was booked into the Mahoning County Jail on a charge of felonious assault. He is expected to be arraigned Wednesday in municipal court.
YOUNGSTOWN, OH・13 HOURS AGO
WTRF- 7News

Reports said an 11-year-old girl caught Monday with a loaded gun on a school bus told police she had it because she is tired of "being picked on all the time."
MAHONING COUNTY, OH・1 DAY AGO
WTRF- 7News

A student from a local parochial school is facing felony charges after police say they found the student with a loaded gun.
YOUNGSTOWN, OH・1 DAY AGO
WTRF- 7News

Questions remain in the accidental shooting death of a toddler

ST. CLAIRSVILLE, Ohio (WTRF) – Authorities say the autopsy is now completed, but the investigation continues into the accidental shooting death of a toddler. They confirm the victim was a two-year-old boy. Officials told 7News that both parents were out of the house at the time, and all five children were in the house, ranging […]
SAINT CLAIRSVILLE, OH・1 DAY AGO

The Ohio County Sheriff’s Office is seeking assistance from the community for information to help locate a missing teen. The teen is Nickolas Gray. Gray is a 16-year-old white male with brown hair and blue eyes. Gray is approximately 5’05” and 140 lbs. Gray was reported missing by his guardian on 09/23/22. The Ohio County […]
OHIO COUNTY, WV・1 DAY AGO
WTRF- 7News

MARION, Ohio (WCMH) — A multi-state fraud ring involving two Ohio men has been stopped after a months-long investigation, according to the Marion County Sheriff’s Office. According to the sheriff’s office, Michael Mareno Stevens-McKenzie, 28, of Twinsburg, Ohio, and Jarell Coree Scott, 28, of Cleveland Heights, Ohio, have been charged with felony engaging in a […]
CRAWFORD COUNTY, OH・2 DAYS AGO
WTRF- 7News

ST. CLAIRSVILLE, Ohio (WTRF) — St. Clairsville Police Chief Matt Arbenz says a juvenile has died following what appears to be an accidental discharge of a firearm. It occurred on North Market St. Sunday evening. Police say an autopsy will be performed on Monday morning. The Bureau of Criminal Investigation is present on the scene, […]
BELMONT COUNTY, OH・2 DAYS AGO
WTRF- 7News

CHARLESTON, W.Va. (AP) — A U.S. Navy nuclear engineer and his wife entered new guilty pleas Tuesday in a case involving an alleged plot to sell secrets about nuclear-powered warships, a month after their previous plea agreements that had called for specific sentencing guidelines were rejected. Jonathan and Diana Toebbe of Annapolis, Maryland, pleaded guilty […]
MARTINSBURG, WV・1 DAY AGO
WTRF- 7News

A man convicted of having set a house fire that killed a young child and two women in Pittsburgh 4 1/2 years ago now faces a life prison sentence without possibility of parole. Jurors in Allegheny County deliberated for about six hours over two days before convicting Martell Smith of three counts of second-degree murder […]
PITTSBURGH, PA・2 DAYS AGO

CHARLESTON, W.Va. (AP) — A protester who was forcefully removed from the West Virginia House of Delegates gallery after disrupting debate on a bill to ban abortion earlier this month was arrested more than a week after she and others rallied against the ban at the state Capitol. Lindsey Jacobs, a 38-year-old lawyer from Morgantown, […]
MORGANTOWN, WV・1 DAY AGO
WTRF- 7News

West Virginia reporter had son at Kennywood during shooting

WHEELING, W. Va. (WTRF) The shooting of three people at Kennywood shocked the entire area. It was particularly shocking to parents who happened to have a child at the park at the time. 7News Anchor Rebecca Little was one of those parents. On Saturday, Rebecca allowed her 15-year-old son, Roman, to visit Kennywood with three […]
WHEELING, WV・2 DAYS AGO
WTRF- 7News

MARSHALL COUNTY, W.Va. (WTRF) — If you’ve been on a jury in Marshall County in the last 34 years, you have Joe Rucki to thank for keeping things running smoothly. Now attorneys statewide are offering up acclaim for the longtime public servant’s work. Rucki has been named the 2022 Circuit Court Clerk of the Year […]
MARSHALL COUNTY, WV・3 HOURS AGO
WTRF- 7News

BEAVER, W.Va. (AP) — A federal civil rights lawsuit has been filed against a West Virginia jail on behalf of current and former inmates who have described conditions at the facility as inhumane. The complaint filed last week about conditions at Southern Regional Jail in Beaver references a lack of access to water and food, […]
BEAVER, WV・2 DAYS AGO
WTRF- 7News

Thirty-three states exempt clergy from laws requiring professionals such as teachers and doctors to report information about alleged child abuse to police or child welfare officials if the church deems the information privileged, an Associated Press review has found. This loophole has resulted in an unknown number of child sex abuse cases being allowed to […]
OHIO STATE・11 HOURS AGO
WTRF- 7News

2 people arrested, one for involuntary manslaughter, after body found at Ohio State Park

A 28-year-old is facing involuntary manslaughter charges after a male’s body was found at an Ohio State Park. Shelbie Mourer was arrested and charged with Involuntary Manslaughter, Corrupting another with drugs trafficking in drugs, and tampering with evidence. Muskingum County Sheriff Matt Lutz told multiple news outlets that the body of 44-year-old Robert “Andy” Marshall was […]
MUSKINGUM COUNTY, OH・2 DAYS AGO