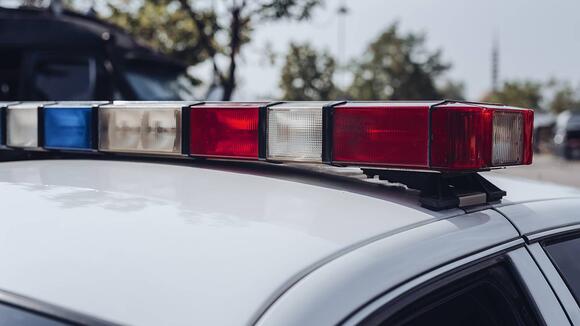 PINELLAS COUNTY, Fla. — A Florida man is accused of attempting to break into three Pinellas County Sheriff’s Office vehicles less than two hours after he was released from jail.

According to documents filed in Pinellas County Circuit Court, the incident began shortly after 7 a.m. Sunday at the intersection of Ulmerton Road and 66th Street. Phillip Alfred Dunlap, 32, of Tampa, struck the back of another vehicle and began to drive away, according to the arrest affidavit. A deputy then stopped Dunlap, who “showed multiple signs of impairment and performed poorly on the field sobriety tests,” the affidavit said.

Dunlap was arrested on a charge of driving under the influence and booked into the Pinellas County Jail, according to the charge report. He was released on $500 bail shortly after 2 p.m. the same day, sheriff’s records show.

About an hour and a half after Dunlap’s release, jail employees saw him outside the facility “pulling on the door handles” of three unoccupied vehicles owned by the Sheriff’s Office, according to a second arrest affidavit. Dunlap said he believed some of his keys were inside the cars he tried to enter, according to the affidavit.

Deputies arrested Dunlap on charges of burglary/unoccupied conveyance and booked him into the jail at 4:40 p.m., according to the charge report. He posted $15,000 bail and was released shortly after 11 p.m., sheriff’s records show.

PINELLAS COUNTY, Fla. — Authorities in Florida are looking for a suspect in connection with a hit-and-run wreck that killed a sheriff’s deputy, officials said. According to WTSP and Bay News 9, the incident occurred shortly after 11 p.m. Thursday on Interstate 275 in Pinellas County. Here are...
PINELLAS COUNTY, FL・1 DAY AGO
WFTV Channel 9 Orlando

TAMPA, Fla. — The parents of a Florida teen killed while trying to cross an interstate highway after being kicked out of the Florida State Fair were awarded $15 million in a wrongful death lawsuit on Thursday against the Hillsborough County Sheriff’s Office. The parents of Andrew Joseph...
HILLSBOROUGH COUNTY, FL・1 DAY AGO
WFTV Channel 9 Orlando

LAKEWOOD RANCH, Fla — A high school teacher in Florida has been removed from his classroom after a video emerged of him yelling at a student for not standing for the Pledge of Allegiance. The Manatee County School District has reassigned 61-year-old Robert Reibert to a position that doesn’t...
MANATEE COUNTY, FL・22 HOURS AGO
WFTV Channel 9 Orlando

ST. PETERSBURG, Fla. — (AP) — Randy Arozarena hit his 20th homer and drove in six runs as the Tampa Bay Rays beat Toronto 10-6 Friday night, tying the Blue Jays at the top of the AL wild-card standings. The win clinched the season series — and the...
SAINT PETERSBURG, FL・17 HOURS AGO