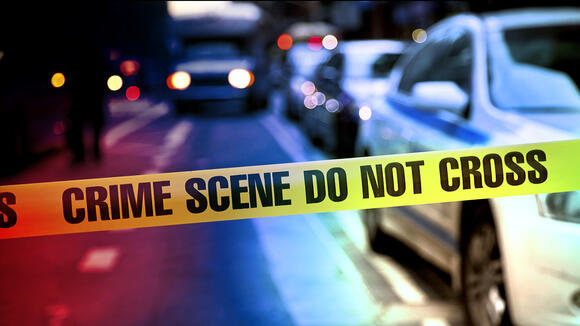 Vernon Hills police are investigating a string of business burglaries, including a smash-and-grab that was captured on surveillance video at a vape store. You can see several people throwing something through the glass front door of Artisan Vapor and CBD early Monday morning. Once inside, they loaded up their arms with merchandise, before running away. RELATED: 'The Flash' actor Ezra Miller charged with felony burglary in Vermont Vernon Hills police learned of six burglaries in all, starting with one they responded to at 3:55 a.m. at Rivertree Court, in the 700-block of North Milwaukee Avenue. A neighboring business was also found burglarized. Two burglaries were later discovered at businesses in the Hawthorn Hills Shopping Center and two at Hawthorn Village Commons, police said. In all the burglaries, the suspects got in by breaking a glass door, according to police. Once inside, they took merchandise and cash. No arrests have been made and the incidents remain under investigation. Anyone with information is asked to call the Vernon Hills Police Department at 847-362-4449.

When police arrived, they found a group of juveniles gathered in the area.
CALUMET CITY, IL・8 HOURS AGO
ABC 7 Chicago

A driver ignored a CPD unit before hitting another vehicle, resulting in a deadly crash on the West Side, officials said.
CHICAGO, IL・6 HOURS AGO
ABC 7 Chicago

Joliet police said a 2-year-old boy is in critical condition after finding an unsecured gun and shooting himself in the head.
JOLIET, IL・1 DAY AGO
ABC 7 Chicago

A Chicago police officer was also taken to the hospital with shortness of breath.
CHICAGO, IL・2 HOURS AGO

The teen was fleeing police in a stolen car when he ran a red light, killing a 55-year-old woman on her way to work, Chicago police said.
CHICAGO, IL・1 DAY AGO
ABC 7 Chicago

At least seven people have been shot, including a three-year-old boy in Chicago's West Lawn neighborhood, in weekend violence across Chicago, police said.
CHICAGO, IL・22 HOURS AGO
ABC 7 Chicago

1 charged in armed robberies of USPS mail carriers in Evanston

A man is charged in the robbery of two United States Postal Service mail carriers in Evanston recently.
EVANSTON, IL・1 DAY AGO

A casino in Joliet was closed Saturday night after it received a call from someone saying there were multiple bombs on the premises, Joliet police said.
JOLIET, IL・3 HOURS AGO
ABC 7 Chicago

The badly mangled vehicles involved were scattered across four lanes of Ogden Avenue in varying states of extreme damage after the incident.
WESTERN SPRINGS, IL・1 DAY AGO
ABC 7 Chicago

A teen was shot while walking on Chicago's South Side, police said.
CHICAGO, IL・20 HOURS AGO

The suspects, driving a stolen car, stole two more vehicles in McKinley Park and Heart of Chicago, according to police.
CHICAGO, IL・2 DAYS AGO
ABC 7 Chicago

A man is charged for a violent armed robbery on a CTA Red Line train that was captured on horrific video.
CHICAGO, IL・2 DAYS AGO
ABC 7 Chicago

The club released a statement saying they would be closed on Saturday night "out of respect for this life lost."
CHICAGO, IL・14 HOURS AGO
ABC 7 Chicago

Chicago shooting: 4-year-old boy seriously injured by gunfire while in car with mother

Chicago police said a 4-year-old boy was seriously injured after being struck by gunfire while in a car with his mother Friday night.
CHICAGO, IL・1 DAY AGO

So far, more than 200 convictions tied to Ronald Watts have been dismissed, since one of his team members went to prison for corruption.
CHICAGO, IL・1 HOUR AGO
ABC 7 Chicago

The man who jumped the barrier at Midway airport in March has pled guilty to trespassing on restricted property.
CHICAGO, IL・1 DAY AGO
ABC 7 Chicago

A woman has died after an Arlington Heights crash involving two cars and a bicycle Thursday morning.
ARLINGTON HEIGHTS, IL・2 DAYS AGO