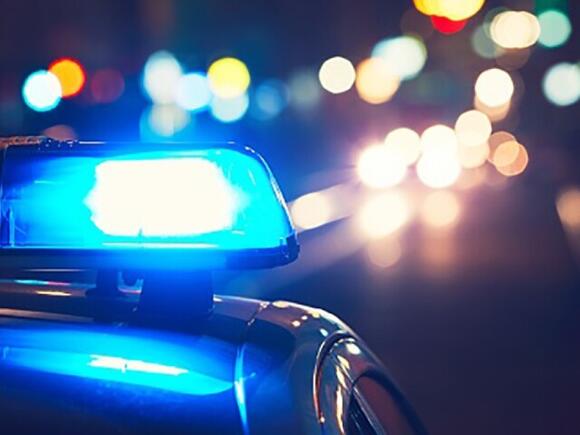 HAMPTON, Va. - A man was shot while driving on the interstate late Tuesday night in Hampton.

State Police have responded to over 30 interstate shootings since January 2022.

Police say that the man who was shot was traveling northbound on I-664 when an unknown vehicle pulled beside the victims vehicle, and began to shoot at the it.

The man suffered serious, but non-life threatening injuries and was transported to Riverside Regional Hospital.

The victim was unable to describe the suspect or vehicle involved.

The Virginia State Police is reaching out to the community and general public for any information regarding this shooting.

The investigation into this incident is ongoing.

Anyone with information about this shooting and/or witnessed suspicious behavior or if you were driving in the area of Interstate 664, in the vicinity of the Interstate 64 interchange, prior to, or after the incident is encouraged to contact the Virginia State Police at # (757)424-6800 or at questions@vsp.virginia.gov .

Around 12:44 a.m., officials responded to a report of a shooting victim in the 500 block of Purlieu Drive.
NEWPORT NEWS, VA・18 HOURS AGO
WTKR News 3

Police are searching for an unknown person of interest and a known suspect after a deadly shooting in Portsmouth.
PORTSMOUTH, VA・15 HOURS AGO
WTKR News 3

78-year-old Hazel Lee Williams was last seen in the 900 block of Scott Street around 2 p.m. on Monday.
NORFOLK, VA・11 HOURS AGO
WTKR News 3

According to the National Center for Missing and Exploited Children’s public database, there are roughly 500 children reported missing in Virginia.
NORFOLK, VA・1 DAY AGO
WTKR News 3

A Norfolk man has been arrested for a deadly double shooting that left a man dead on Creamer Road.
NORFOLK, VA・3 DAYS AGO
WTKR News 3

One man dead, another injured in Sunday morning shooting in Portsmouth

Portsmouth Police is investigating a gunshot wound incident near the 10th block of Carver Circle. This is an ongoing investigation.
PORTSMOUTH, VA・2 DAYS AGO
WTKR News 3

Officers arrived on the scene and found Erin Gibbs, a white female age 38, of the 700 block of Oak Stump Road.
ELIZABETH CITY, NC・2 DAYS AGO

6 forced out after fire at Suffolk home

Everyone inside the home was outside of the structure when firefighters and medics arrived. Fire crews were also able to rescue a family animal.
SUFFOLK, VA・1 DAY AGO
WTKR News 3

We spoke with Mayor Kirk Rivers and he said police would have to enforce the curfew but right now he believes the police department needs to focus on building trust with the community.
ELIZABETH CITY, NC・11 HOURS AGO
WTKR News 3

The Chesapeake Fire Department is currently on the scene of a large gas leak beside Target in the Edinburgh Shopping Center.
CHESAPEAKE, VA・18 HOURS AGO
WTKR News 3

A Norfolk man has been sentenced for ramming his SUV into the mother of his kids in the MacArthur Center parking garage last year.
NORFOLK, VA・3 DAYS AGO
WTKR News 3

Chesapeake Firefighters responded to the large fire around 7:30 p.m., in the 4300 block of Bainbridge Boulevard.
CHESAPEAKE, VA・13 HOURS AGO
WTKR News 3