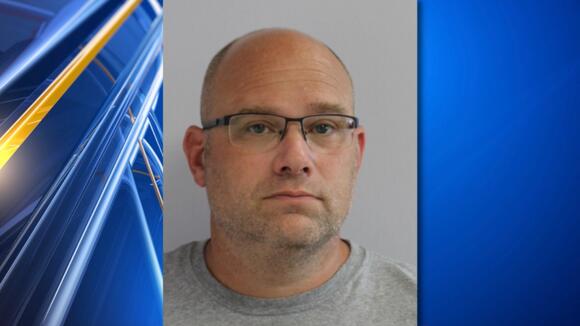 COLUMBUS, Ohio (WCMH) — Central Ohio Crime Stoppers are looking for a man wanted in four different jurisdictions of the central Ohio area for a variety of crimes.

Aaron Schwartz is wanted for multiple felonies and misdemeanor warrants in Columbus, Reynoldsburg, Westerville, and Licking County that include:

Police say Schwartz was last seen near the 1900 block of Lockbourne Avenue in south Columbus as well as the area near College Avenue and East Livingston Avenue. He is known to drive a 2014 silver Honda Civic and is believed to have lost weight since the picture you can see below.

Crime Stoppers is offering a cash reward for any information leading to the arrest of Schwartz.

Anyone with information can call the Central Ohio Crime Stoppers at 614-461-8477 or send a tip to stopcrime.org . All tips are anonymous.

This🤡 needs some discipline but with the thousands of real dangerous criminals committing numerous felonies every day,one after the other,why not spend our resources chasing them ?

So sad grown people committing crimes people with wives and children but we wonder what’s wrong with the kids nowadays the teenagers are only showing you what they parents show them that’s what they doing in these streets showing us what their parents gave them. I’m not saying what they doing is right I’m just saying they follow after their overseer Less than half of these parents of the world are examples less than half

One critical after assault in Short North

COLUMBUS, Ohio (WCMH) — One person is in critical condition after being assaulted in the Short North section of Columbus Monday night. According to Columbus police, the incident happened on the 1100 block of North High Street at approximately 8:05 p.m. Police said gunshots were heard, but no shooting victims were found at the scene. […]
COLUMBUS, OH・17 HOURS AGO
NBC4 Columbus

Report: Girl with gun on Ohio bus says she was ‘tired of getting picked on’

Reports said an 11-year-old girl caught Monday with a loaded gun on a school bus told police she had it because she is tired of "being picked on all the time."
MAHONING COUNTY, OH・1 HOUR AGO
NBC4 Columbus

COLUMBUS, Ohio (WCMH) — SWAT officers arrested a man Tuesday morning wanted on charges related to a 2021 homicide. Brandonlee Berry was arrested by police shortly before noon at a residence on Burgandy Lane, a short street in Columbus’ Eastland neighborhood. Berry has been a suspect in the death of Charles Jones Jr. Jones’ body […]
COLUMBUS, OH・3 HOURS AGO
NBC4 Columbus

NEWARK, Ohio (WCMH) — Licking Valley Local School District students are back in the classroom Monday after the community was in a state of panic after a fake active shooter call last Friday. Licking Valley School Superintendent Scott Beery said for the next several days, the entire district is focusing on providing support as many […]
LICKING COUNTY, OH・22 HOURS AGO

COLUMBUS, Ohio (WCMH) — The front of a house in the Weinland Park area of Columbus was destroyed overnight when a car crashed into its brick porch. According to an officer at the scene, a woman reportedly was eating while driving and lost control of the car which crashed into the front of 50 West King Avenue.
COLUMBUS, OH・9 HOURS AGO
NBC4 Columbus

COLUMBUS, Ohio (WCMH) — A Columbus woman accused of shooting a 26-year-old to death in the South Linden neighborhood is being held on a $3 million bond. Mercedes B.G. Reyes, 25, was issued a $3 million bond at her arraignment on Wednesday, about a week after the Columbus Division of Police sent out a warrant […]
COLUMBUS, OH・2 HOURS AGO
NBC4 Columbus

After fatal weekend shootings, Columbus family calls for an end to violence

COLUMBUS, Ohio (WCMH) – Three people were shot and killed in three separate shootings in Columbus, with several others shot and recovering Sunday. The victims range in age from their late teens to early 50s. All three shootings remain under investigation. Just after 11 p.m. Saturday, Columbus police said Trevor Seymour, 52, was shot and […]
COLUMBUS, OH・1 DAY AGO
NBC4 Columbus

REYNOLDSBURG, Ohio (WCMH) — A Tee Jaye’s Country Place restaurant on Brice Road closed its doors on Friday due to losses after the COVID-19 pandemic. “We closed Brice Road on Friday Sept. 23 due to COVID,” said Dayna Sandsten, spokesperson for Tee Jaye’s. “That was our only restaurant that never recovered from 2020! We stayed […]
REYNOLDSBURG, OH・3 HOURS AGO

A woman from Florida is facing charges after troopers say they found over $1 million in cocaine in her car.
COLUMBUS, OH・8 HOURS AGO
NBC4 Columbus

COLUMBUS, Ohio (WCMH) — A fire has destroyed the second floor of a house in the early hours of Tuesday morning in the Hilltop area of Columbus. According to Columbus Division of Fire, no-one was home at the time when the fire broke out in the 400 block of Hilltonia Avenue. Investigators have been called […]
COLUMBUS, OH・8 HOURS AGO
NBC4 Columbus

MARION, Ohio (WCMH) — A multi-state fraud ring involving two Ohio men has been stopped after a months-long investigation, according to the Marion County Sheriff’s Office. According to the sheriff’s office, Michael Mareno Stevens-McKenzie, 28, of Twinsburg, Ohio, and Jarell Coree Scott, 28, of Cleveland Heights, Ohio, have been charged with felony engaging in a […]
CLEVELAND HEIGHTS, OH・1 DAY AGO
NBC4 Columbus

COLUMBUS, Ohio (WCMH) — Detectives with the Columbus Police Homicide Unit need help to identify two people involved in a deadly nightclub shooting. CPD shared photos of two people, whom it identified as people of interest in the shooting death of 30-year-old Shamira Rhodes outside of a Columbus nightclub. Rhodes died after suffering multiple gunshot […]
COLUMBUS, OH・1 DAY AGO

COLUMBUS, Ohio (WCMH) — Three people were killed of eleven injured over the weekend in six separate shootings. The youngest person to be shot was a 15-year-old boy. The first shooting happened on Saturday outside a motorcycle club on East Fifth Avenue and Osborn Avenue just after 11:00 p.m. Police said four people were shot, […]
COLUMBUS, OH・1 DAY AGO
NBC4 Columbus

COLUMBUS, Ohio (WCMH) — A 26-year old man was shot in the face at the 600 block of Woodbury Ave. in South Hilltop early Monday morning. Columbus police responded to reports of shots being fired on Forest Creek Drive around 2 a.m. and found the man on Woodbury Avenue about a half an hour later. […]
COLUMBUS, OH・1 DAY AGO
NBC4 Columbus

COLUMBUS, Ohio (WCMH) – Ohio State University filed yet another legal maneuver trying to keep the sexual abuse victims of former university doctor Richard Strauss from having their day in court. Earlier this month, a three-judge panel revived unsettled claims from hundreds of men who alleged sexual abuse by the team doctor decades ago. A […]
OHIO STATE・16 HOURS AGO
NBC4 Columbus

COLUMBUS, Ohio (WCMH) — A teenager was shot after police said he was robbed on the west side of Columbus Saturday afternoon. The shooting was reported at approximately 5:22 p.m. on the 3700 block of Eakin Road. Columbus police said the 15-year-old boy was approached by an unknown male suspect who demanded and took the […]
COLUMBUS, OH・2 DAYS AGO
NBC4 Columbus

COLUMBUS, Ohio (WCMH) — Whether it’s for your front porch, to put in a pie, or make hot and tasty soup, Ohioans need pumpkins in the fall. Luckily, Central Ohio is home to a number of farms and orchards with pumpkins ready for picking. Find your local patch below. Apple Hill Orchards With two locations, these […]
OHIO STATE・8 HOURS AGO
NBC4 Columbus

COLUMBUS, Ohio (WCMH) – Columbus police made 32 total arrests, recovered nearly $45,000 in approximate street value of suspected drugs, including 114 grams of cocaine and 95 grams of fentanyl, and recovered 15 illegal guns as part of an operation in the Short North and Driving Park this weekend. In response to violent crime trends […]
COLUMBUS, OH・1 DAY AGO