By Maanya Sachdeva
The Independent
16 days ago 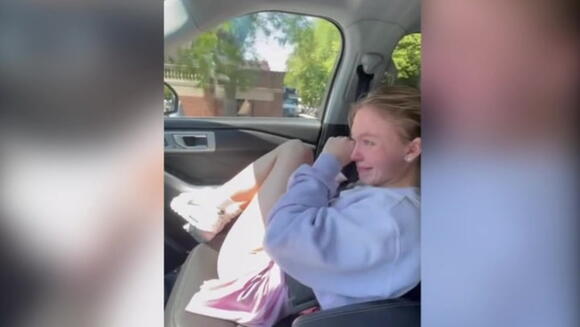 Saturday Night Live cast member Kenan Thompson has been confirmed as the host for the 74th Emmy Awards next month.

The ceremony will be telecast on NBC live from the Microsoft Theater in Los Angeles on 12 September, It will also be streamed live on Peacock for the first time.

Thompson, 44, reacted to the news in a statement on Thursday (9 August), calling the opportunity “ridiculously exciting”.

“Being a part of this incredible evening where we honor the best of the television community is ridiculously exciting.” he said, adding, “And to do it on NBC – my longtime network family – makes it even more special.”

Thompson has been associated with the popular late-night sketch show for nearly two decades and will return for his 20th season this fall – making him the longest-running SNL cast member in the NBC show’s history.

He won the Emmy for Outstanding Original Music & Lyrics in 2018 for his work as lyrics co-writer of the song “Come Back, Barack”, which was featured on SNL that year.

The comedian and actor will receive a star on the Hollywood Walk of Fame later this month, in the run-up to his debut as Emmys host.

Thompson was an original cast member of Nickelodeon 's children's sketch comedy series All That and starred with Kel Mitchell on the spinoff Kenan and Kel . His film credits also include Clifford the Big Red Dog and Barbershop 2: Back in Business .

Earlier this year, Thompson filed for divorce from his wife of 11 years Christina Evangeline. The former couple share two daughters – Georgia and Gianna – together.

The 2022 Emmy nominations were announced on 12 July.

TV shows in the running for awards this year include Better Call Saul , Succession and Squid Game in the drama categories, and Abbott Elementary , Hacks and Ted Lasso in the comedy categories.

Actor Robert Cormier, best known for roles in Heartland and Netflix’s Slasher, has died aged 33. The Canadian performer died on Friday (23 September), according to his obituary. His sister later told The Hollywood Reporter that Cormier died in hospital in Etobicoke, Ontario, of injuries obtained following a fall.
CELEBRITIES・1 DAY AGO
HuffPost

His 1995 Grammy-winning hit, “Gangsta’s Paradise,” topped the U.S. charts that year and remains one of the bestselling singles of all time.
LOS ANGELES, CA・34 MINUTES AGO
The Independent

Snoop Dogg, Ice Cube, and Denzel Curry are among the big names in the rap industry who have paid tribute to Coolio following news of his death. The US rapper, known for his 1995 hit “Gangsta’s Paradise”, died on Wednesday (28 September). Coolio’s management firm, Trinity Artists...
CELEBRITIES・4 HOURS AGO

Coolio, the famed Nineties rapper, has died aged 59, according to various reports.A cause of death has not yet been confirmed.Coolio's longtime manager, Jarez Posey, told TMZ that the music artist was visiting his friend when he passed away. He also confirmed the death to Rolling Stone.Coolio, real name Artis Leon Ivey Jr, is best known for his 1995 Grammy Award-winning hit single “Gangsta’s Paradise”, which was released as the soundtrack for the Michelle Pfeiffer film, Dangerous Minds. The song spent three weeks at the top of Billboard’s Hot 100 list.He was also known for providing the opening track “Aw,...
CELEBRITIES・7 HOURS AGO
The Independent

Italian actor Michele Morrone has addressed speculation that he and Khloe Kardashian are dating. The 365 Days star was spotted spending time with the reality star at Dolce & Gabbana’s SS23 Milan Fashion Week Show over the weekend. Morrone, 31, sat next to Kardashian, 38, in the front row...
CELEBRITIES・1 DAY AGO
The Independent

Priyanka Chopra and Nick Jonas have put their romance on display during the Global Citizen Festival in New York City.On 24 September, Chopra hosted the 10th annual charity event, which brings together musicians, activists, world leaders and philanthropists to take action against extreme poverty across the world. This year, the Global Citizen Festival brought together artists such as Metallica, Charlie Puth, Måneskin, Mariah Carey, Rosalía, and the Jonas Brothers for performances in New York City’s Central Park.Following their performance, the Jonas Brothers welcomed Chopra on stage. In one video from the festival, the Quantico star is seen running to...
CELEBRITIES・1 DAY AGO
The Independent

Pierce Brosnan has revealed how Robin Williams saved one of his most dreaded Mrs Doubtfire scenes.The actors starred together in the 1994 comedy, which was directed by Chris Columbus, with former Bond star Brosnan reflecting on the experience in a new interview.Discussing his past credits in a recent interview with GQ, Brosnan spoke specifically about a scene in the film in which he has a lime lobbed at the back of his head by Williams’s character, Daniel Hillard, while he is carrying a drinks tray.Hillard does this after Brosnan’s character, Stu, the new boyfriend of his ex-wife (Sally Field),...
CELEBRITIES・15 MINUTES AGO

Coolio’s one-time Celebrity Big Brother nemesis Tina Malone has paid tribute to the rapper.On Wednesday (28 September), it was announced that the “Gangsta’s Paradise” rapper has died, aged 59.His representatives confirmed the news to The Independent, stating: “We are saddened by the loss of our dear friend and client, Coolio, who passed away this afternoon. He touched the world with the gift of his talent and will be missed profoundly.“Thank you to everyone worldwide who has listened to his music and to everyone who has been reaching out regarding his passing. Please have Coolio’s loved ones in your thoughts...
CELEBRITIES・1 HOUR AGO
The Independent

Snoop Dogg, Ice Cube and MC Hammer are among the big names in the rap industry who have paid tribute to Coolio following news of his death. The US rapper, known for his 1995 hit Gangsta’s Paradise, was remembered for his “grind” and described as “one of the nicest dudes”.
HIP HOP・5 HOURS AGO
The Independent

The rapper and TV personality Coolio has died in the US at the age of 59.The man born Artis Leon Ivey Jr came to the world’s attention with his 1995 hit Gangsta’s Paradise, which became one of the most successful rap songs of all time after he recorded it for the film Dangerous Minds, starring Michelle Pfeiffer.But he was also in demand on the small screen, with a third-place finish in the UK Celebrity Big Brother in 2009 followed a year later by an appearance in the Ultimate edition of the programme.His passion for food saw him become a chef...
HIP HOP・4 HOURS AGO
The Independent

Jimmy Kimmel has explained why it’s hard for him to quit his long-running late-night show.Currently, in its 20th season, Kimmel has hosted Jimmy Kimmel Live! for 19 years, interviewing a slew of celebrities and commenting on current events.Last year, Kimmel told The Howard Stern Show that he was “vacillating” over whether to sign a new deal.However, earlier this month, Kimmel ended up signing a three-year extension deal for Jimmy Kimmel Live!On Wednesday (28 September), Kimmel returned to speak to Howard Stern about his decision and why it’s so hard for him to leave his late-night show.“Being wanted is important,”...
CELEBRITIES・3 HOURS AGO