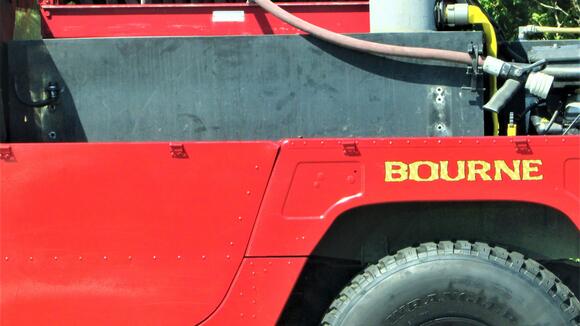 BUZZARDS BAY— Officials are scheduled to discuss the three potential sites for a new Bourne fire station in September after a consultancy firm completes an evaluation of the three prospective locations.

The town has been working for several years to build a new fire station on the south side of the Cape Cod Canal.

The top-three sites for the new station are: county land at County Road and Dr. Julius Kelley Drive in Pocasset; the ballfield tract along Shore Road in Monument Beach; and Motor Way off Route 28 (MacArthur Boulevard) near the Clay Pond Road intersection.

South Side Fire Station Building Committee will discuss the three sites with Pomroy representatives in September once the firm completes its evaluation of the sites.

However, two other sites considered for new Bourne fire station on the south side of the Cape Cod Canal.

There is new interest emerging in the closed Pocasset station at Barlows Landing Road that sits atop a high groundwater table and is subject to flooding.

Proponents say such a liability can be overcome by constructing a firehouse on a slab. The location would provide direct response to County Road in the east and Shore Road in the west.

Last month, McCollem said stations can be built successfully in marginal locations these days including sites with groundwater issues.

Select Board Chair Peter Meier, a member of building committee, said it might be prudent to investigate a site at Route 28 next to the golf driving range where The Haven Center sought to open a recreational marijuana business. Those plans have ended since the state Supreme Judicial Court has upheld Bourne's ban on recreational marijuana shops.

Both the driving range at 10 acres and The Haven Center site at eight acres could accommodate a firehouse, Meier said. The Haven Center location, he said, already includes a Route 28 curb-cut.

McCollem said a meeting date would be set after the contract was complete.

A south side station location has defied previous search committees, select boards, town administrators and fire chiefs for years. Sites have been duly fleshed out, but all have ultimately proved unsuitable due to locations, geography complications, flawed assumptions about site suitability, costs and department response times.