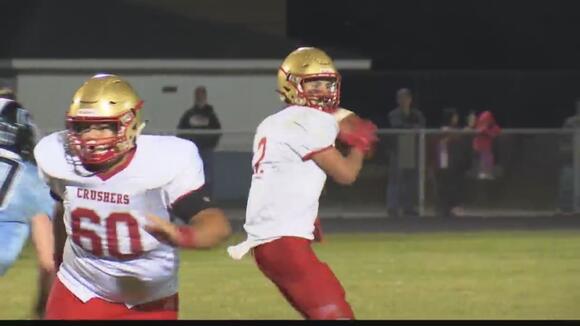 JOHNSTOWN, Pa. (WTAJ) — Right before the season began last year, Bishop McCort and Bishop Carroll merged and became a co-op due to small numbers. This year they are rebranding with new jersey’s and will be called the McCort Carroll Catholic Crushers.

It wasn’t the smoothest transition for both schools as the squad only finished with a 3-7 record last season. Both the offense and defense struggled with the team scoring less than 20 points per game while allowing more than 36 a game. Now that both schools had a whole offseason to get acclimated, Head Coach Tom Smith feels they are much further ahead of the game than last August.

“It was a massive learning curve and I think we had time to prepare and we did not have time to prepare last year. Last year we brought in 14 kids from Bishop Carroll to our team. That’s a massive infusion of kids,” said Smith. “So with that being said they had a learning curve and we had to restructure some things. We couldn’t do as much as we wanted early on because we couldn’t do what we planned to do all summer long. We had to change things up.”

After being ineligible for the playoffs in 2021 due to the merger, the Crushers will be playoff eligible this year. They hit the road at Bedford in week one.