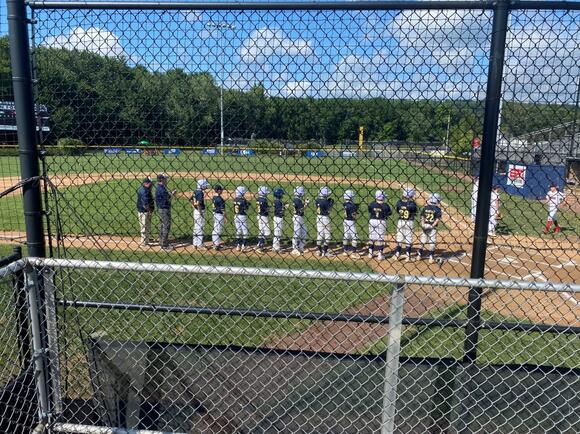 The team took on Naamans Little League from Wilmington Delaware in the second round of the Mid-Atlantic Regional Tournament.

Owner Timothy James knows several of the families and players and tries to support them however he can.

“A lot of these players and families are our customers and neighbors, and just members of the community so we are happy to root them on its exciting,” James said.

Fans young and old came out to support their local team, including Carter Muth and J.J. Stultz, who played on the team last year. Both say they are excited to watch their friends play on national television.

“Yeah we’re really proud of them for making it this far. It’s really and accomplishment to make it to regionals going through districts, sectionals and states,” Muth said.

“Really what he said it’s just really cool for them to make it this far,” Stultz said.

Ultimately the team came up short by a score of five to four, but the community is still proud of the boys’ hard work.

And they still have a chance in the double-elimination tournament, as they remain just two wins away from Williamsport.